A 34-year-old Indonesian woman was caned in front of a mosque after being caught having extramarital affairs while divorcing her husband.

Irdayanti Mukhtar received nine lashes of the cane for committing adultery before 200 jeering onlookers outside the Al Munawwarah Mosque in Jantho, Indonesia, the Jakarta Globe is reporting.

Mukhtar had been sentenced to the punishment the previous day by a Sharia court where prosecutors said that she was guilty of being in "close proximity" to another man.

The Daily Mail reports that Mukthar was one of four people, including the man she was caught with, to be caned for extramarital affairs Friday. Sharia Police are also investigating a claim that Mukhtar was molested by the crowd before they took her to be charged.

Shortly after the caning, Mukhtar passed out and had to be taken to hospital for treatment.

View photos of the caning below: 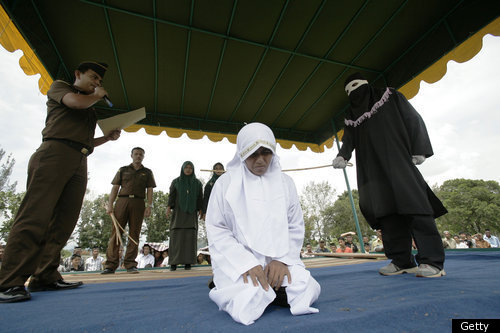 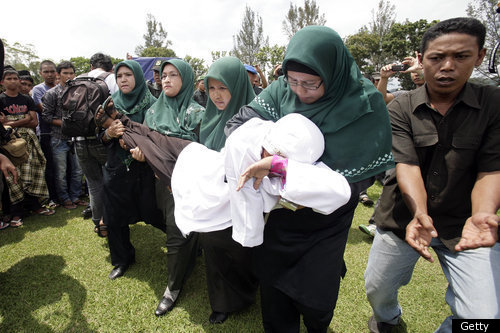 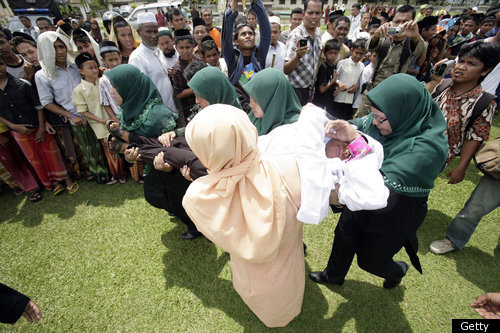