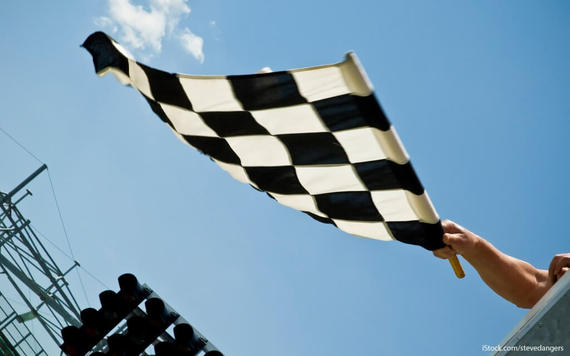 How Much Does a Ticket to the Indy 500 Cost?

Total Cost to Attend the Indy 500

How much it costs to attend the Indy 500 depends on a number of factors. If you're an Indianapolis native, you won't have to worry about airfare. Out-of-town fans will have to consider plane tickets and lodging. Here's a breakdown of how much it'll cost you to go to the Indy 500.

* Hotel and flight costs from May 9, Expedia.com. Costs for flights were cheapest shown for round trip.

Depending on how far you're traveling for the event, your cost to attend the Indy 500 will vary. If you're driving from downtown Indianapolis, have a three-day parking pass and are not staying at a hotel, your total cost to go to the Indy 500 could be as low as $152.30 after food, gas and general admission, using food and gas estimates from Numbeo.com.

If you're trekking from the coasts, you'll have to accommodate for high airfare and hotel costs in your budget. A round trip flight for Friday, May 27, from Los Angeles to Indianapolis will cost you $741.20, according to data collected by GOBankingRates. If you're flying from New York City, the majority of flights cost between $600 and $1,000, depending on where you book.

If you're flying in from regional centers like San Francisco, Seattle, Houston or Miami, your cheapest, average airfare will cost roughly $845.57. That would make the cost to attend the Indy 500, including three nights at a hotel, the cheapest parking and general admission, a grand total of $1,682.70.

The Money Behind the Indy 500 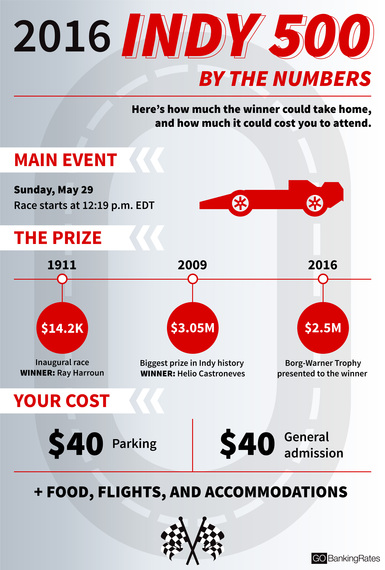 Tips for Saving Money at the Indy 500

Because flight and hotel costs will rise the longer you wait, it's best to buy in sooner. If you're traveling with a group, think about establishing a savings pool with your friends. Each of you can contribute available funds now and worry about IOUs later.

One way to cut your food and beverage costs is to bring your own. Unlike most sporting events, the Indianapolis Motor Speedway allows spectators to bring their own food and drinks. The Indy 500 also offers affordable food options, with volunteers manning booths and portions of proceeds supporting local charities.

If you're attending the event with a group of people, use a service like Airbnb to rent a larger space at a lower per person cost. If you're traveling solo or with just one or two companions, think about using Couchsurfing.net.

This article, Indy 500 2016: How Much It Costs to Go to Indianapolis 500, originally appeared on GOBankingRates.com.