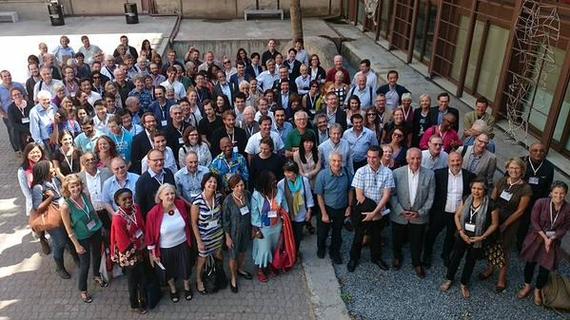 In a previous post, Ravi Kanbur and I announced the launch of the International Panel on Social Progress (IPSP), which gathers more than 300 experts to deliver a report in 2017 about how we can rethink and improve our societies in the 21st century. The first meeting of the authors of the report took place in Istanbul this August, and launched the writing phase of the first draft of the report. This first draft will be made public in the middle of 2016, and every interested citizen will be invited to comment on it (stay tuned!). In Istanbul, our very productive and stimulating meeting has set the tone for what promises to be a quite innovative document.

Indeed, it will be the first time that a comprehensive assessment of social, economic, and political institutions all over the world will examine how we can make our policies and institutions better for the human population and for the planet. There are already important assessment reports, like the Intergovernmental Panel on Climate Change which analyzes climate science and climate policy, or the World Happiness Report which studies the state and trends of subjective well-being in the world. But this new report will deliver a unique comprehensive, systemic perspective on how to reform our policies and institutions to produce better societies in the world.

What have the panelists talked about at this first meeting? A first striking message that transpired is that we are wasting enormous opportunities. We have technologies and resources to feed everyone (in fact, we already produce enough to feed everyone!), to deliver electricity to every area, and yet one in nine persons in the world is still malnourished, and 1.2 billion people lack access to modern energy. Even in rich countries, poverty persists at high levels and life remains unduly hard, conflictual, and stressful for a large fraction of the population. So, we are not in a situation in which "social progress" is a luxury that should be postponed for more prosperous times in which we could eventually afford it. It is immediately accessible, we just somehow make a mess of great opportunities. This is a strong reason to come together and seek solutions, and this report will be the contribution of experts to this great cause.

A second important message that was aired by the panelists is that high inequalities are a strong impediment to social progress. It is sometimes argued that inequalities are just the flipside of a dynamic society in which innovation and opportunities make it possible for a few to succeed quickly, while the others have to wait behind for the trickle-down effects of the elite's achievements. Sometimes it is also said that the more unequal societies, like the United States, operate on frontier-type economies which show the technological way ahead to the rest of the world, whereas the more egalitarian areas like Scandinavia lazily copy innovations without paying the social cost of the innovation process. This view of the world is unlikely to be supported in the report. Inequalities are not only in and of themselves an aspect of social injustice and therefore an intrinsic contradiction to social progress. They also prevent cohesive mechanisms and a wide distribution of opportunities. Highly unequal societies like the United States have less intergenerational mobility and offer lower opportunities to children with disadvantaged backgrounds. Such societies are more polarized and have less trust -trust is an essential factor of social and economic prosperity as well as political stability. Highly unequal societies are also considerably wasteful, not just of human potential but also of resources, as they must devote considerable amounts of resources to security and monitoring (prisons, privately policed neighborhoods, hierarchical layers in firms...), as well as to treating the symptoms of social ills (premature mortality, excess morbidity, mental health costs).

This is just a very small sample a long list of stimulating ideas discussed in Istanbul, and more will be shared on the IPSP website in the coming months as well as on this blog. Listening to the final presentations at the end of the meeting, I had the impression that a general message that is likely to emerge from the report is that there is no trade-off between addressing the most urgent sources of human suffering today and in the near future (severe poverty, excess morbidity and mortality in poor areas, violence, wars, displaced populations, climate change) and seeking a deeper improvement in our basic economic, political and social institutions. On the contrary, the ill-conceived institutions and governance structures that prevent social justice and harmony to spread further are at the same time the generators of recurrent humanitarian crises and the obstacles to effective policies that would address the problems.

Take, for instance, the current refugee crisis that creates an upheaval in Europe these days. Its root causes are conflicts which are the direct and indirect consequences of a jarring development gap, of failures in local political institutions, of imbalanced global economic arrangements, and of ill-intentioned or ill-conceived external interventions. Making room for a moderate flow of refugees (less than 0.2% of the European population -compare with Turkey in which the flow represents about 2% of its population!) is easy to arrange in principle, but it creates a psycho-drama among opulent and stingy European nations, and is made difficult by the social and political predicaments that bad economic policies and a lack of long-term vision have brought to the euro zone. So, even the most modest search for basic modes of crisis management is hampered by bad politics and bad economics. Moreover, obviously, a deeper solution to the problem of displaced populations is to be sought in more serious reforms in the governance structures, at the world, regional and local levels, which feed the ongoing tribal, religious, and economic struggles in the Middle-East and in Africa.

Therefore, looking at the long-term prospects for social progress, as this Panel sets out to do, is not a diversion away from the management of the most urgent challenges. It is the wisest way to address these challenges.