America's poor don't have it easy.

They're subjected to a range of false stereotypes: They're accused of being lazy and of abusing drugs, among others. Researcher Paul C. Gorski examined these perceptions in his 2013 book, “Reaching and Teaching Students in Poverty: Strategies for Erasing the Opportunity Gap,” and found these notions aren't based in reality.

"A vast majority of these stereotypes are just plain inaccurate," Gorski wrote, the Washington Post noted. "In fact, some are truer of wealthy people than poor people."

In a country that ranks near the bottom when it comes to income inequality amongst developed nations, these harmful stereotypes don't do much in helping vulnerable Americans shape a better future for themselves.

In a post published on The Wireless, "On A Plate: A Short Story About Privilege" by Toby Morris challenges many of these damaging ideas by exemplifying how a person born into poverty faces setbacks at various stages of their life their well-off peers don't need to overcome.

The New Zealand-based artist tells the the story of Paula -- who was born into poverty and attends an overcrowded and underfunded school -- and compares it to major life events experienced by Richard -- her wealthier counterpart who goes to a school with plenty of resources and less stressed teachers.

The story ends with an adult Richard attributing his success to simple hard work.

"I'm sick of people asking for handouts," he says. "No one ever handed me anything on a plate."

Morris' story serves as all the more reason to kick these backwards stereotypes to the curb.

Head to The Wireless to see the rest of the illustration.

PHOTO GALLERY
Countries With The Widest Gap Between The Rich And The Poor
Robbie Couch
Associate Editor of Impact, The Huffington Post
Suggest a correction 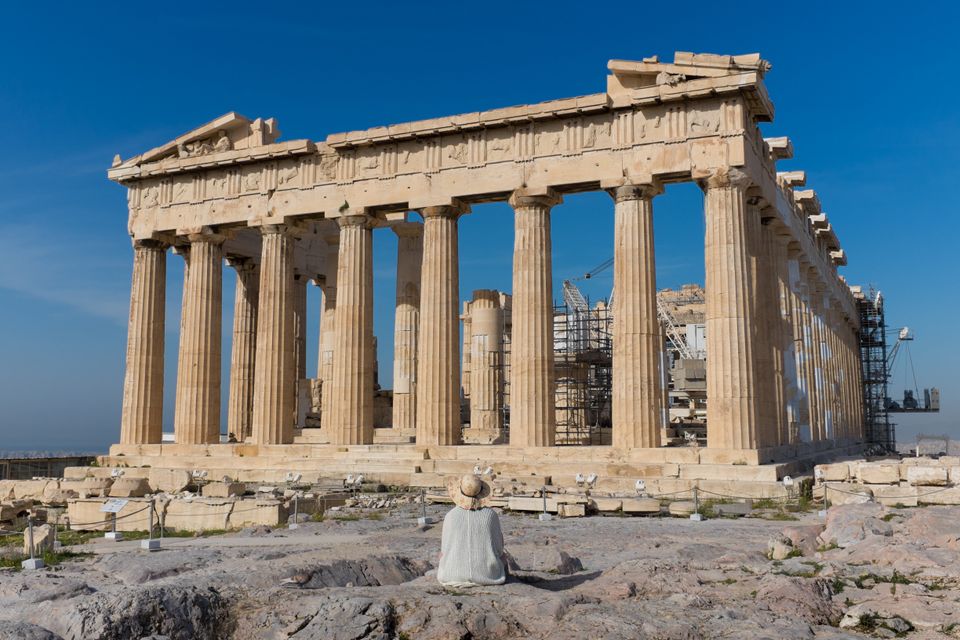 1 / 10
10. Greece
> Gini index – post tax & transfer: 0.335  > Social spending, pct. of GDP: 24.0% (12th highest)  > Chg. in Gini after tax & transfer: 0.220 (3rd largest)  > Poverty rate: 15.2% (7th highest) The health of a labor market is a factor affecting income inequality. Residents of countries with high unemployment rates may be less likely to earn a decent living. Greece, which went through a financial crisis in 2009, certainly fits the bill as a country where good-paying jobs are hard to come by. The country’s annual unemployment rate as of last year was more than 26%, the worst of any country in the OECD. The country’s part-time workers were much more likely to be unemployed because they had no other options. Moreover, 46.6% of the country’s part-time workers would have preferred a full-time job but could not find one. This was much higher than the 15% across the OECD. <a href="http://247wallst.com/special-report/2015/05/29/countries-with-the-widest-gap-between-the-rich-and-the-poor/4/" target="_hplink">Read more at 24/7 Wall St</a>.
Kristoffer Trolle/Flickr