NEW YORK -- The NFL is looking into how a female television reporter was treated at New York Jets practice Saturday.

Ines Sainz, a reporter for Mexico's TV Azteca doing a story on quarterback Mark Sanchez, had footballs thrown in her direction by a Jets coach during practice, and players later called out to her in the team's locker room.

NFL spokesman Greg Aiello said Sunday that the league and the Jets began looking into the situation when they were made aware of it Saturday night.

Jets general manager Mike Tannenbaum called Joanne Gerstner, a board member of the Association for Women in Sports Media, on Sunday to discuss the matter. The two organizations were working to schedule an educational and awareness session with the team, according to Jets spokesman Bruce Speight.

Speight added that he also addressed the situation at the team meeting Sunday in advance of New York's season opener against Baltimore on Monday night at the New Meadowlands Stadium.

Earlier Sunday, the Jets issued a statement, saying owner Woody Johnson spoke to Sainz on Sunday to discuss the incident.

"He stressed to Ines that he expects all members of the Jets organization to conduct themselves in a professional manner at all times," the statement said.

The team also said it would work with the league to gather facts and "take any appropriate steps necessary to maintain a respectful environment for the media."

The AWSM said in a statement Sunday night that both the NFL and the Jets were "responsive to our concerns" and that it would continue to monitor the situation.

"We are awaiting the results of the investigation," the statement read, "and further action from the NFL and Jets."

Update: SportsByBrooks found a tweet from Sainz, which allegedly shows the outfit she was wearing on the day of the incident:

(Clarification: The photo below was not taken on the day of the alleged harassment. Sainz claims that the outfit resembles what she wore to the Jets practice.) 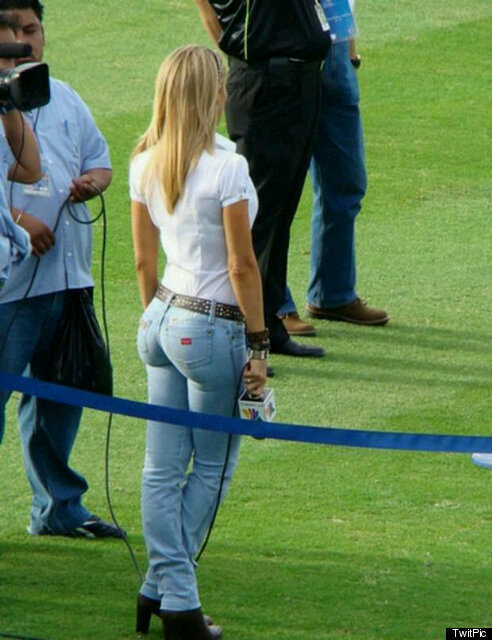