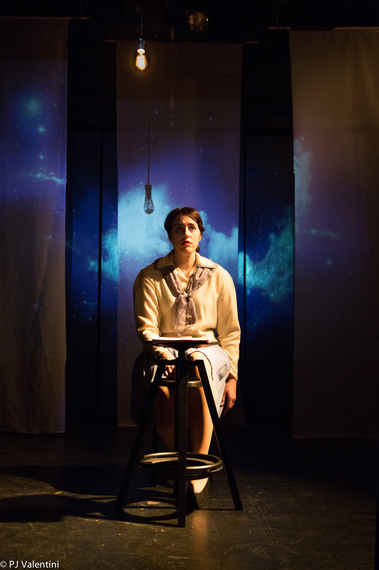 Insignificant frequently breaks theatrical conventions--such as characters addressing the audience--to reveal the lives of female scientists before the turn of the twentieth century. The astronomers, Williamina Fleming (Laura King Otazo), Antonia Maury (Ashley Adelman), Henrietta Swan Leavitt (Alla Illvosa) and a young Annie Jump Cannon (Kaitlyn Huczko) are introduced by male show barkers with top hats and canes calling out their character traits, such as "feisty" for Antonia, rather than their accomplishments. The theatrical device shows how their male contemporaries devalued the women. Their efforts to uncover the mysteries of the stars were insignificant. These women toiled in obscurity in small, all female labs, forbidden the use of telescopes, their discoveries discredited or their names attached as footnotes to well-known male scientists.

Set in the early 1920s, the play within a play is narrated by a mature Annie Jump Cannon (Kathleen O'Neill), both to the audience and her young fellow scientist mentee, Cecilia Payne-Gaposchkin (Deanna McGovern). Annie must make Cecilia understand the sacrifices her predecessors made so that she does not make the same mistakes. Although there had been some discoveries made by female astronomers by the early 1920s, it was still very much a male dominated science. Annie tries to impress upon Cecilia the importance of taking ownership of her work and not taking a backseat because she is a woman. In 1925, Cecilia Payne-Gaposchin made an important discovery in her Ph.D thesis--finding that the sun was primarily made up of hydrogen instead of the same material as the Earth as previously thought. Her theory has often been attributed to Henry Norris Russell, an astronomer who originally dismissed her discovery, but later published a paper on it after coming to the same conclusions. Russell briefly mentioned Payne-Gaposchin in his findings.

Entertaining, provocative and informative, Insignificant manages to convey some of the complex ideas of astronomy through the stories of the women who didn't live to see their discoveries recognized. After each performance, there is an added bonus of a talkback with an expert in the field. Past participants have included Gerceida Jones, New York University, Emily L. Rice, College of Staten Island and Marc Taylor, Hudson Planetarium. The December 18th performance will include an after show discussion with Jillian Bellovary of the American Museum of Natural History. 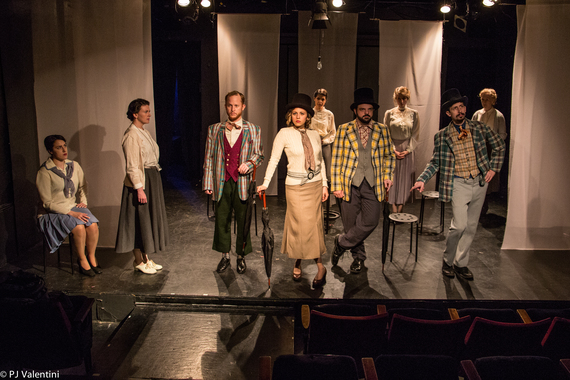