An inflatable, life-size My Little Pony doll seems to be getting a rise out of the brony subculture.

The doll is a bootleg toy called the “Sexy Inflatable Girl Pony." It stands at 5-foot-9, and looks like the My Little Pony character Rainbow Dash -- with some very distinct differences.

This blow-up doll is a very curvaceous interpretation of the character and appears to be wearing a low-cut leotard over what would be the pony's private parts. 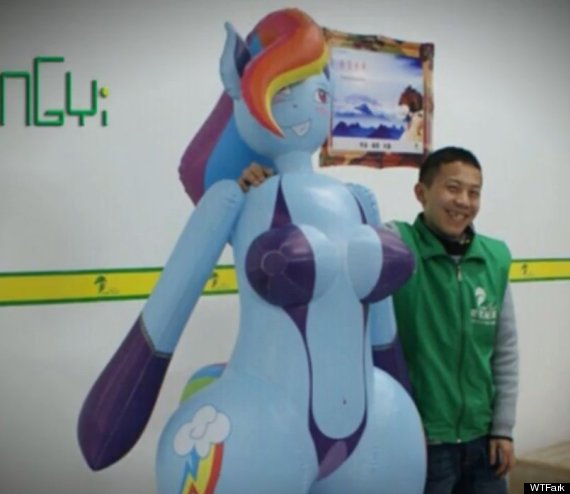 Make no mistake: Hasbro, the company that owns the rights to My Little Pony had nothing to do with the “Sexy Inflatable Girl Pony." It is a bootleg product made in China by Hongyi Toy Manufacturing.

The company sells the sexed-up dolls for $599 apiece, but will sell them for as little as $99 each for bulk orders.

Hasbro has not yet commented on the “Sexy Inflatable Girl Pony" product, but "My Little Pony" fanatics are, on the brony-centric website Horse-News.net.

Comments on the doll range from those asking "How do you MOUNT this?" to one from a man who sighs, "And this is why I'm slowly regretting becoming a brony, this community is just delving deeper and deeper into the disgusting."

Indeed, sex toys marketed to bronies are getting weirder and weirder. 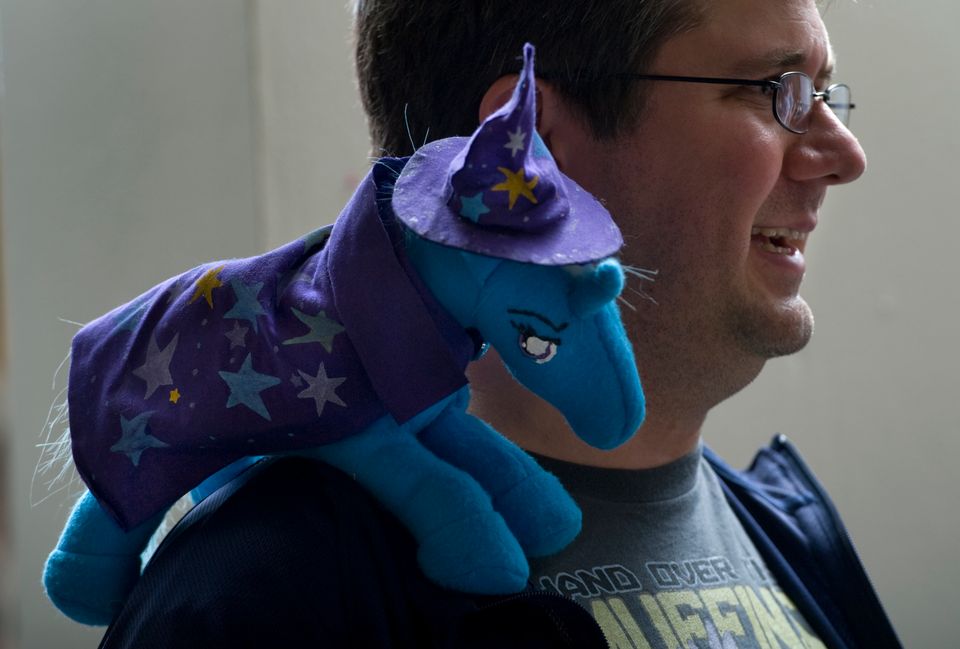 1 / 14
Bronies, Adult Male Fans Of My Little Pony Cartoon Meet
WASHINGTON, DC - MARCH 31: Bronies member Andrew Singley, 32, chats with friends with 'Trixie' on his shoulder at a monthly gathering at a DC library branch in Washington, DC on March 31, 2012. Trixie, a small pony, was made for him by his wife. 'Bronies' are adult male fans (and some females) of My Little Pony: Friendship is Magic cartoon which is based on the toy that was first introduced in the 80's. (Photo by Linda Davidson/The Washington Post via Getty Images)
The Washington Post via Getty Images