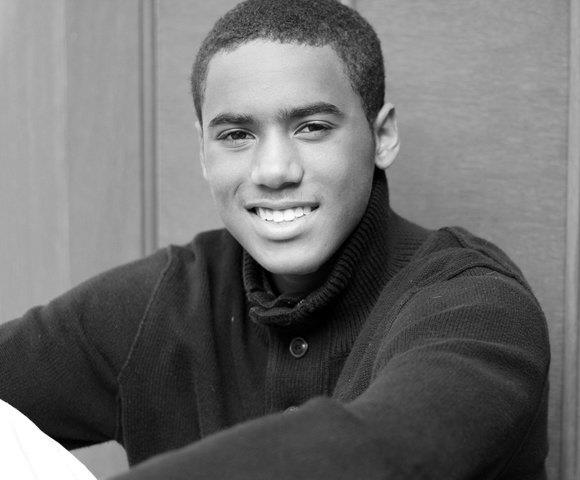 I have a sister who is bubbly and energetic, parents who are both supportive and caring, but one of the two people who has influenced me the most hates my guts.

The first day of 5th grade: I sit on a rock wall and watch my mother's silver Volvo slowly drive away feeling isolated and alone. I entered my first school assembly in a room filled with 500 boys, but every face is a stranger. The assembly ends. I reach for my bag but hesitate because a boy is choking. Then I realize what is coming and yank my bag. A new sixth grader, the choking boy vomits over 3 or 4 bags and an empty space where my bag would have been. My first day at a private school begins while I dream of returning to my old public school.

Soon the new kid fog fades and I still do not have friends. Then I meet John, a fellow 5th grade outcast. Our friendship grew and we became best friends. But when 7th grade football begins, things fall apart. Football formed a new clique and John influences me to join. "Soccer is Gay," he says, knowing that I play soccer. "Football gets all the respect."

Our friendship became more of a competition even though we are on the same team. He and I are in a guerilla war, instigated by his constant insults. My clothes, shoes, video games, footballs, anything I possess did not measure up to his--even my future: "I am going to be 6'2", 195lbs, perfect stature, you will always be short and 5'2" for the rest of your life."

I became the butt of his jokes, all of which touch the American Social Construct. "You are the least black, black person ever." He and my other football "friends" expected that I would have extreme athletic ability and were disappointed when my 5 foot, 100 pound frame did not produce the results they wanted from a black "friend."

I was simply too "white" to be black. I am not athletic enough, do not wear baggy clothes, but worst of all I can't rap. I am doomed to being a "white boy." John would offer me tips on how to be "black" from what he saw on television or the Internet. I spent three years trying to please John before I grew up, and returned to soccer. John hated my newfound independence and eventually, he hated me.

My exit from the football crowd compelled me to look deeply at my new identity. I like to play basketball, sing, and act. I study Chinese and Spanish. I am an environmentalist who enjoys classic rock, techno, not just rap music. All of these things make me who I am, not the color of my skin, or what boxes my "friends" try to impose. There really isn't such a thing as being black or white. I identify myself in a larger way, not by the labels of others that are tied to social constructs. I thank John for the experience of learning this lesson--though it came through a lot of angst.

Two summers ago, I met Jesus Russell, a Californian Latino artist who I roomed with at Choate Summer Programs. Jesus was the best roommate ever. We never fought. Our room was always clean and he was funny. When he told me he was gay, I was completely shocked because the thought had never crossed my mind. My stereotypes for gay people did not fit him. But why did I even have expectations of his behavior? Why did I have a new fear of awkward moments if I changed clothes in the room or come into the room wearing only a towel? I initially imposed a "Gay" box on Jesus, following a pattern like John--until I caught myself. I discovered my own ignorance because I confronted John's black box. As classes progressed, I realized Jesus being gay did not change anything. Before he told me, I had not noticed anything that I thought was a "Gay" characteristic. In retrospect, Jesus' coming out to me made us better roommates because he trusted me and shared his secret. Again I thank John, for I might have never identified my own limitations, had I not been a victim of the thinking that I temporarily imposed on the best roommate I ever had. Perhaps if other people survived an exit from friendships with people like John or experienced roommates like Jesus, tolerance would truly be all American.

Stephan Morse just finished his sophomore year at Trinity College and is a 2011 graduate of The Brunswick School in Greenwich, CT