You could say this year hasn't quite been the best for humans. But for animals, it was a whole different story. People fell in love with all kinds of cute critters -- from hedgehogs to hamsters to good ol' cats and dogs.

But there was more to some animals' stories than just being ridiculously cute. A handful of animals taught us some very special lessons about life. Behold, the 10 most influential animals of 2014.

1. Leon Trotsky, the pig who taught us about the possibility of second chances. 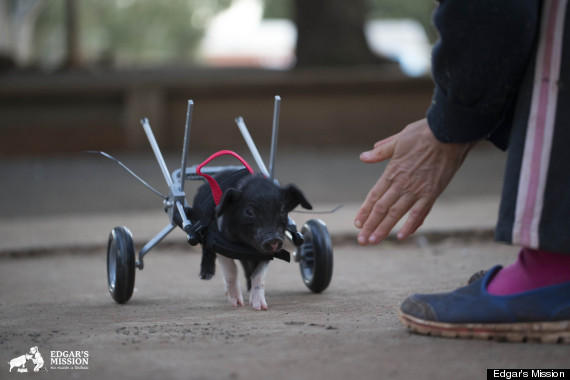 Leon Trotsky didn't have the best start to life. First off, he was born on a pig farm in order to grow enough to become someone's dinner one day, and then his mother fell on him, crushing his hind quarters and killing two of his siblings. Thankfully, Edgar's Mission, a nonprofit farm sanctuary set on 60 acres in Victoria, Australia, gave him a second chance. They offered Leon a new home and helped him recover with the cutest little wheelchair. Which brings us to our next animal ...

2. Frostie, the baby goat who reminded us of the value of life. 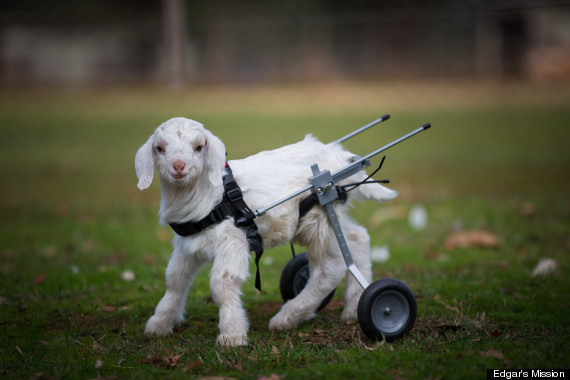 You could say Frostie and Leon Trotsky were friends. After Leon healed, the wheelchair he used was given to Frostie, a lamb at Edgar's Mission who contracted a disease known as joint navel ill shortly after his birth. While Frostie appeared to be on the path to recovery for a while, sadly, he died in June. But in a beautiful blog post remembering his short life, Edgar's Mission shared this bit of wisdom, "Frostie’s lesson ... has been this, to seize every minute of ... your life as the most precious gift there is, use it wisely and lovingly for you never know if it is your last."

3. Frida, the Chihuahua mix who taught us what good politics looks like.

This is Frida the dog, and she was mayor of San Francisco yesterday #WeNeedMoreDogsInPolitics http://t.co/9FN5ZHzt0R pic.twitter.com/SIXAsnTEVB

In November, a pup resided over San Francisco, a city that has more dogs than human children. Frida, a Chihuahua mix, spent her day as mayor touring all the landmarks. She was adorned in a sequined fedora and a string of pearls. She earned this honor when her owner won a bidding war at a charity gala benefiting the city's Department of Animal Care and Control in hopes of reminding people of the importance of adopting shelter pets.

4. Marutaro, the hedgehog who taught us the importance of having a good imagination.

Hey, it's easy to get confused. In July, Marutaro, a very precocious hedgehog, couldn't quite understand why these other pinecones weren't willing to play with him. We just like to think Marutaro has a better imagination than all the other hedgehogs out there.

5. Timber, the pit bull who taught us to never judge a book by its cover.

Timber is a very sweet dog. He's also a pit bull, and sometimes pit bulls are unfortunately misjudged. This is what led to Timber being shot in the head and left to die. He luckily was rescued by Unleashed Pet Rescue in Mission, Kansas, who took him in and nursed him back to health. He was then placed in foster care and now lives a happy and healthy life.

6. This tiny, hot dog-eating hamster who taught us to face our fears.

Even if you eat hot dogs super fast, like this little hamster does, battling out hot dog-eating champion Takeru Kobayashi has got to be pretty scary. But this little guy stepped up to the plate (yes, we went there) and battled it out with the reigning champ. Who won? The tiny hamster, of course.

7. Marnie, the dog who taught us you really can go from rags to riches.

You could say Marnie is a pretty big star. She has plenty of celebrity friends and quite a lot of Instagram followers. But life wasn't always that way for her. Before finding fame, Marnie spent the past 10 years living on the streets in neglect. Her owner, Shirley Braha, adopted Marnie from a shelter in 2012, and found her in bad shape with decaying teeth. After some dental treatments, the 12-year-old pup is living the high life now, as she should be.

8. Grumpy Cat, who taught us that literally anyone can become a movie star.

Grumpy Cat has been on the rise to stardom for quite some time now. But this year, her big break really came when she starred in her very own Lifetime movie, "Grumpy Cat’s Worst Christmas Ever." Aubrey Plaza even lent her voice for Grumpy Cat. Now that's when you know you've really made it.

9. Jiff, the Pomeranian who taught us what sheer ambition looks like. 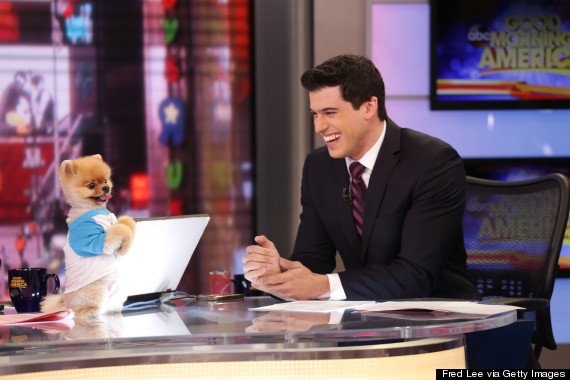 Jiff is more than just a cute dog -- according to Guinness World Records, he's the fastest dog in this world who can walk on two legs! He's never really been a slouch either. Before setting this groundbreaking record, he starred in Katy Perry's "Dark Horse" music video.

10. And this kitten and donkey duo, who taught us that true friends can come from the most unlikely places.

In September, a little kitten and a donkey in Lamu, Kenya, showed us that opposites definitely do attract and they can become the best of friends. In a video you can see them snuggling together and demonstrating that they have -- and will always have -- each other's backs. 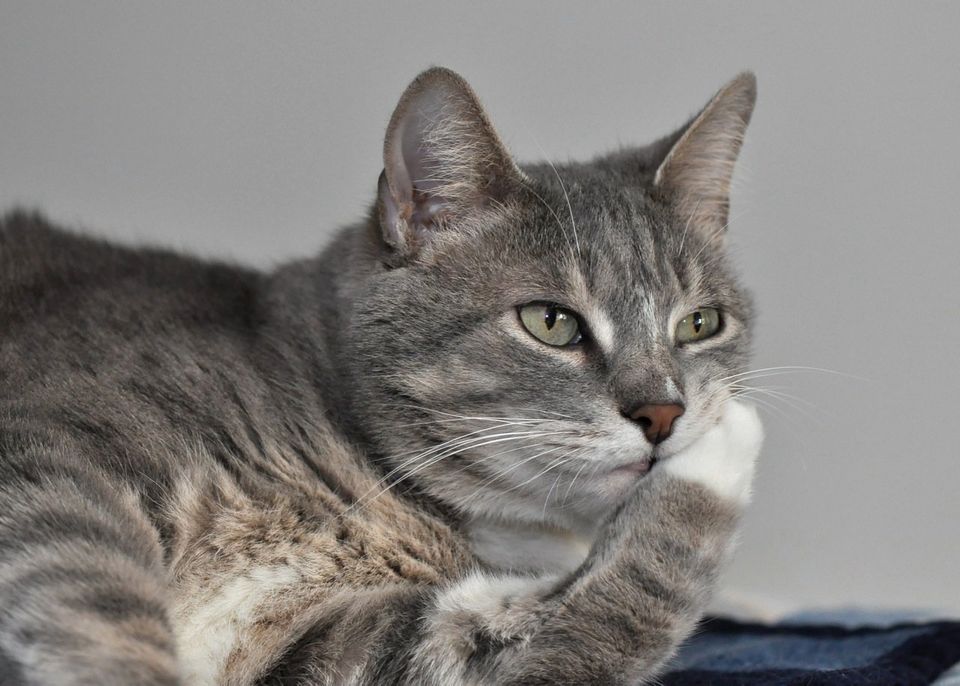