A telemarketing company that solicits donations for several big-name charities is keeping most of the money raised and systematically lying about it to the public, according to a new investigation by Bloomberg Markets Magazine.

InfoCision instructs its employees to say, when asked, that at least 70 percent of the money that they raise for the American Cancer Society and American Diabetes Association will go toward charity, Bloomberg Markets Magazine reports. But these charities, which approved the telemarketing scripts, had agreed to give InfoCision more than half of the money raised.

The U.S. is the most charitable country in the world, according to the Charities Aid Foundation's World Giving Index. Americans gave nearly $300 billion to charity last year, according to a recent report by Indiana University's Center on Philanthropy.

Americans generally trust nonprofits more than corporations or the government, and 71 percent think nonprofits will better address pressing problems, according to a 2010 survey by American Express.

Check out more information from Bloomberg Markets Magazine below: 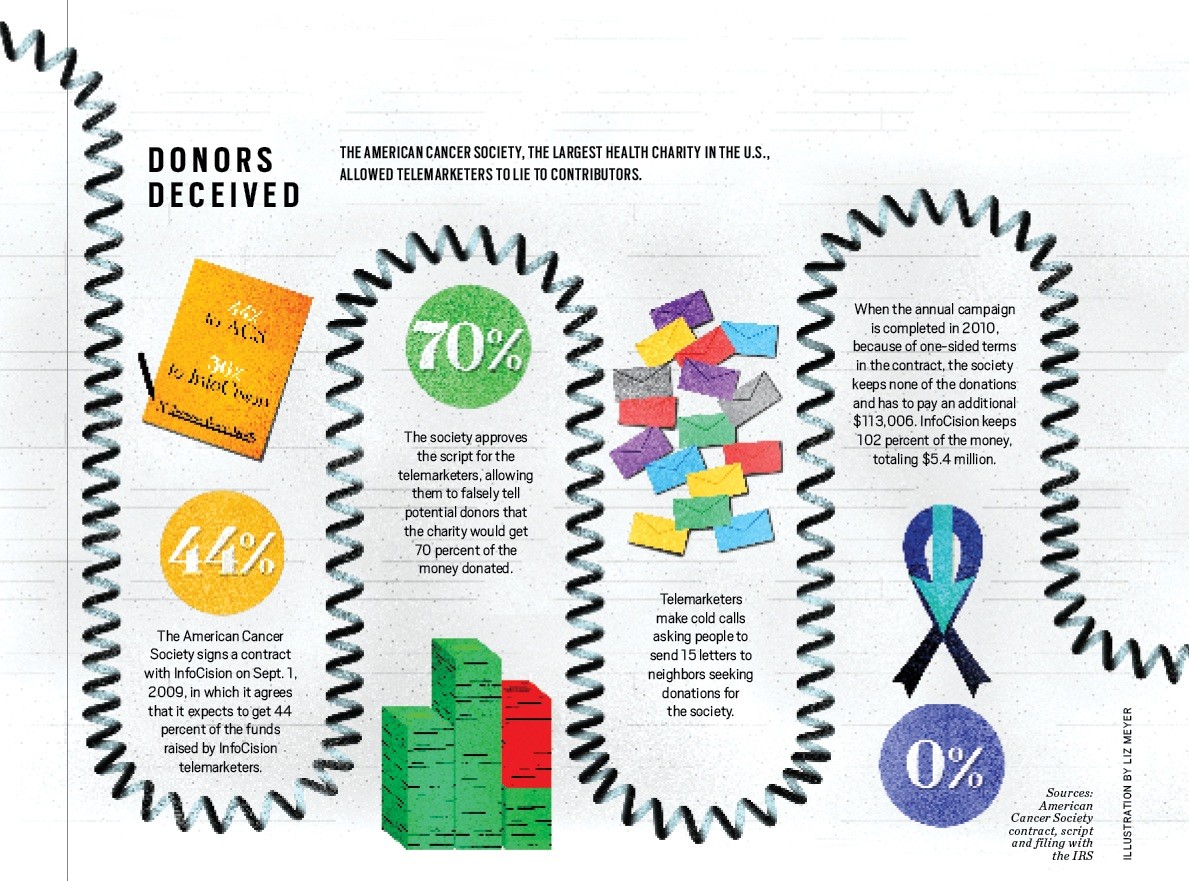 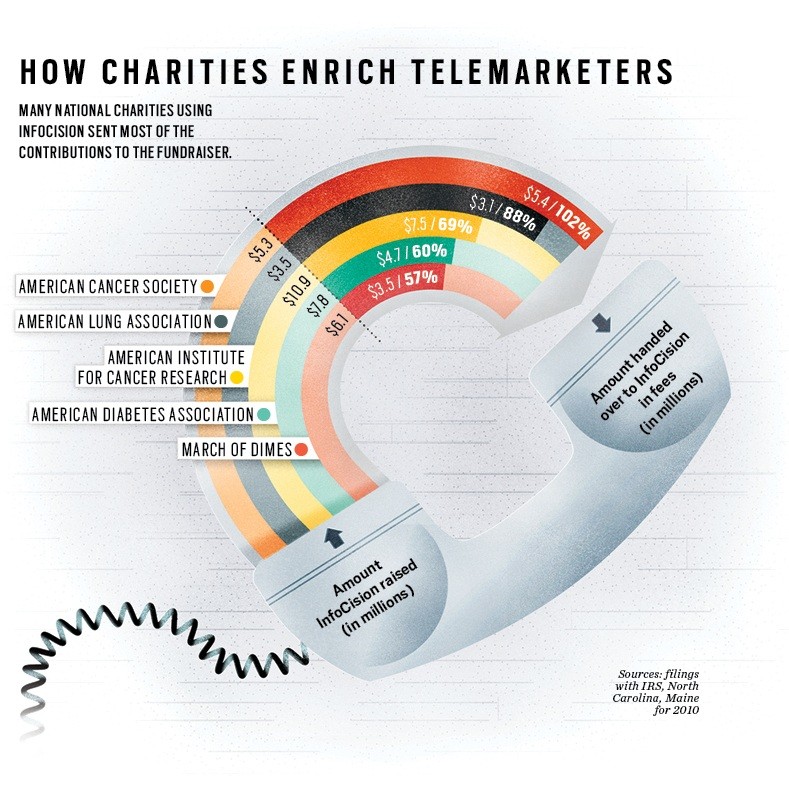