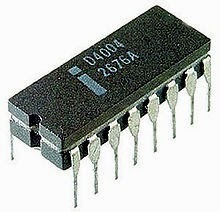 Is it possible Facebook is not looking far enough into the future in it's most recent acquisition ("Facebook in Two Billion Dollar Deal for Virtual Reality Company," NYT 3/25/14)? The purchase comes on the heels of its snapping up WhatsApp, for almost ten times the price ("Stunner: Facebook To Buy WhatsApp For l9 Billion in Cash, Stocks," Forbes, 2/19/14). Oculus uses a headset attached to a computer to provide the visual equivalent of surround sound. In this regard it's a far cry from Google Glass which, for good or bad, is offering you a less exclusive experience of literally anything in life. Google Glass takes multi-tasking to a new level, but it's not making any grand claims. It's less a technology of the future than an extension of what everyone does in the present. However Oculus set the bar higher and anyone who is talking about the future knows that a headset placed on a body is nothing more than a future museum piece. For starters there's unlikely to be any heads to wear headsets as the body of which the head is ostensibly a part will become obsolete, with the human race and serial consciousness residing safely in cyberspace. There they will be freed from the concerns of spaceship earth whether they be climate problems, comets or eventually the death of it mother star. In addition, let's say there are still a few itinerant bodies lying around in generation X, Y or Z. Why would they choose some virtual reality vendor when they could get everything--fine wines, beautiful partners who fulfill their every desire and the library of literally all images ever made (they'll be able to drop their Netflix subscription) by hanging out their bodies to dry and allowing themselves to join the successor to mankind, Infokind?