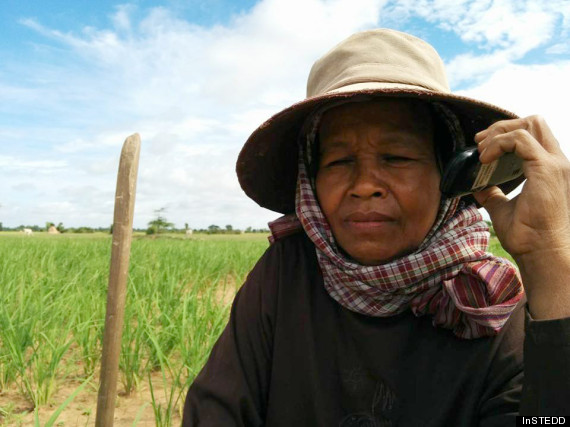 Imagine if you picked up your phone, had an important text message from a doctor concerning your health, but you couldn't ready what the message said. Around the world, poverty and the burden of disease correlates directly with illiteracy and low literacy populations. Illiteracy represents a serious obstacle blocking the world's most vulnerable populations from receiving critical health information and services. The availability of mobile phones and network connectivity opens the possibility to deliver that information to the hardest to reach populations via automated text message systems. However, many programs do not realize their full potential because the inability to read excludes segments of the population which are most affected. To overcome complex problems such as illiteracy requires not only extraordinary innovations, but also solutions able to move beyond pilot stages and scale organically in the under resourced, low income countries where the problems are most prevalent.

It is often said that "necessity is the mother of innovation", and it was an acute readability need in Cambodia that prompted InSTEDD's iLab Southeast Asia (SEA), an innovation lab located in Phnom Phenh, to take on the illiteracy challenge. In Cambodia, programs delivering critical information via mobile texts to citizens were disrupted by scripting of the local language, Khmer. Many of the second hand phones that the vulnerable population used did not have the ability to type or show words in the Khmer script language, making texted information unreadable and unproduceable. 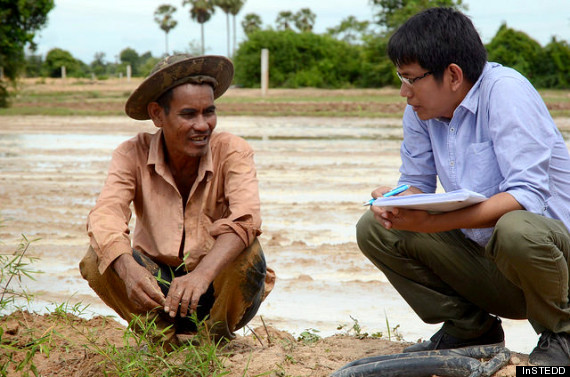 Through initial interviews with both end users and program implementing organizations, assumptions about the problem were generated about the illiteracy and readability problem, contexts became intimately understood, and potential solutions around use of voice systems were proposed, tested and improved upon. Out of that iterative process came Verboice an adaptable open-source tool that made it easy for anyone, speaking any language, to create and run their own customized interactive voice response systems for mobile phones.

Since its inception in 2011, Verboice has been used to make over 2 million calls worldwide, and is being deployed by dozens of organizations across sectors, cultures and countries for projects ranging from health related reminder calls for maternal n in East Africa to an election information hotline in Southeast Asia. The technology acts an innovation building block that can be plugged-in or build on top of existing work and tools while operating in the background. Organizations like the Open Institute have utilized the tool to reach thousands. The organization was recently awarded over $1 million by USAID to further it's use of Verboice for impact.

The impact of Verboice has been most powerful in Cambodia where dozens of organizations are using the technology to provide critical information to thousands of citizens. One of the most powerful use case stories came from a Czech based NGO People In Need was looking to develop an intervention that would proactively target Cambodian families with information on how to maintain their newborn's health over the first month of its life. Given the rapid and widespread uptake of mobile phones in Cambodia, including in rural areas, PIN looked to Verboice as a way to conduct a targeted messaging campaign In the 10 months since the start of this pilot, over 1500 people registered for the newborn support service, and approximately 210 women continue to register every month (roughly 80 percent of all women giving birth at the participating health centers). 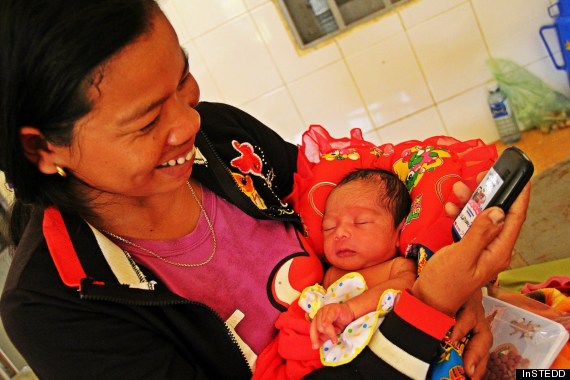 The participatory manner in which Verboice was developed offers a powerful model for versatile solutions to reach the hardest to reach like the illiterate. From the development approach the Verboice technology gained stand out qualities in its interoperability and adoption such as the ability to create a customized call flow logic without a technical developer and the ability to record your own voice as the automated speaking voice on the hotline, allowing for many local dialects and languages to be used. The scaling qualities of the Verboice innovation means that it has the opportunity to impact millions, and the lessons of its development can help innovators worldwide design for maximum impact.

This story was adapted from an original post on the Rockefeller Foundation blog.