Mainstream audiences may not have Paul Thomas Anderson's latest film on their fall movie radar as much as, say, David Fincher's "Gone Girl" or Christopher Nolan's "Interstellar," but they definitely should. "Inherent Vice," the newest film from the writer-director of "The Master," "There Will Be Blood" and "Boogie Nights," is a convoluted, hilarious 1970s stoner noir adapted from Thomas Pynchon's novel of the same name. Joaquin Phoenix stars as Larry "Doc" Sportello, a private investigator who begins searching for his missing ex-girlfriend when the worlds of Los Angeles real estate, drugs, gangs, the music industry and the LAPD clash. The large ensemble includes Josh Brolin, Benicio Del Toro, Reese Witherspoon, Owen Wilson, Jena Malone, Michael Kenneth Williams, Eric Roberts, Maya Rudolph, Katherine Waterston, Joanna Newsom, Martin Short and so many more. Here's what HuffPost Entertainment editors Erin Whitney and Matthew Jacobs thought of the film when it premiered at the New York Film Festival on Saturday: 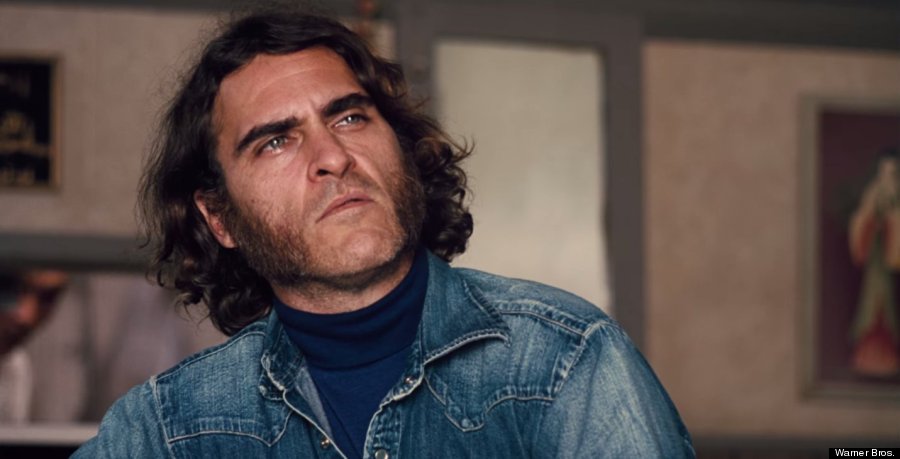 Jacobs: "Inherent Vice" was without a doubt the most enigmatic movie of the New York Film Festival lineup. We'd seen the first trailer just days before Saturday's world premiere, and beyond that we knew little other than to look for a possible Thomas Pynchon cameo and lot of wild hairstyles. Having read Pynchon's opaque novel, I knew to expect a haze of indica-infused psychedelia. But now that we've seen the movie, I feel like it's not much less enigmatic than it was when we were cubs just waiting in a rainy Saturday-morning line to see the latest film from Paul Thomas Anderson (PTA, as we lovingly call him).

Anderson is one of the great directors of our day. "Boogie Nights" and "There Will Be Blood" are easy entries on any list of the best movies of the past two decades. But I wonder if he might have overshot here. The winding nature of "Inherent Vice," in which vignettes pile up on each other and characters intersect in ways that sometimes feel increasingly vague, is as cloudy as the countless rooms in which Doc Sportello (Phoenix) lights a joint. It's apparent Anderson wasn't interested in streamlining the plot; he stays almost lock-step faithful to Pynchon's storytelling approach, in which the revolving door of characters often feels secondary to capturing the right psychedelic tone. Riotous for the first half hour, the movie is never not entertaining, but it seems like a bigger statement should come from it. And maybe there is one, but I was too busy ironing out the plot to find it. I enjoyed "Inherent Vice," but it's not necessarily a great thing that I want to see it again partly to ensure I actually caught everything that happened.

Whitney: I haven't been able to stop thinking about and mulling over "Inherent Vice" yet, and for me, that's always a sign that I've really begun to fall in love with a movie. PTA's wild stoner noir is like a delicious blend between Robert Altman's "The Long Goodbye" and the Coen brothers' "Big Lebowski." As the spaced-out hippie druggie (but he just smokes weed now) Doc Sportello, Phoenix is perfect as he bounces around L.A. trying to put fragments of a seemingly endless mystery together. He's the type of private investigator who makes everyone question the authority that gave him his license, the guy you'd be lucky to find wearing flip-flops, if beyond bare feet. We flat through his beach-bum stoner haze throughout the film as we're spun around from one crazed, convoluted storyline to the next. There's the real estate tycoon's kidnapping case, a "pussy lovers" love-in, a hippie musician brigade in a Topanga Canyon mansion, a dentist office with copious amounts of drugs and sex, a sober retreat in Ojai, a foggy back alley with whispers of a drug trade and so, so much more. I now realize that neither of us have even begun explaining the plot of this movie, but then again what the hell even happened?

Okay, well I have a vague idea of what went down in the film's 148 minutes as I attempted to map it out in my head without getting lost and having to mentally catch up with the next scene. But like you said, it's the ensemble of characters who are constantly juggling and building PTA's thick drug-induced state of L.A. madness and mistrust. "Inherent Vice" is not just a neo-noir crime drama, or a nostalgic celebration of '70s drug culture, but something so much more about the never-ending chaos of life that we can't stop from shattering at times. I usually don't like feeling too lost during a film, but there's something about PTA's multi-layered marijuana-drenched quilt of L.A. deception that makes me want to visit it again and again to crack the case and catch more clues. What do you think, Matt, is this a film that will richen over time with more viewings and more time to think on it? I have a feeling it's somewhat of a "Pulp Fiction" of our time that will develop an avid cult (and predominately cinephile) fanbase.

Jacobs: I very much agree with your assessment, Erin. I don't mean to be too harsh. I feel certain this movie is an achievement -- one just has to lock down what exactly that achievement is. The premise, and this is the case with Pynchon's book also, is obviously meant to be perplexing. It's as if to say that the convoluted world in which these characters live -- threatened by the Aryan Brotherhood, bamboozled by the never-ending Vietnam War, panicked by the threat of Charles Manson -- is so erratic and confounding that their lives must echo that too. By that count, the movie is a success.

Phoenix is perfect for the part, with his ruffled hair, muttonchops and vacant gaze, but the supporting cast (barring short appearances from Reese Witherspoon, Martin Short and Joanna Newsom) isn't all that special when broken down as individual players. That, too, might prove that Anderson is drawing from a world rather than a story, which, to his credit, doesn't feel foreign to the director's repertoire. Each of his movies zeroes in on subsets of American culture at certain moments in time, from the '70s porn scene in "Boogie Nights" to the cultish post-war proclivities in "The Master." "Inherent Vice" builds another of PTA's intricate worlds, and it captures it with a gusto. I just think it's a shame (perhaps even a flaw) that many won't find a rich connection to it because the plot is so woozy. The movie doesn't push quite hard enough on the anti-capitalism/anti-establishment sentiments that become a hippie-happy through line in the novel. We get a mild sense of the Manson hysteria alongside the general paranoia that ran rampant in 1970 California, but it feels like the movie doesn't retain the first half hour's humor or make any meaningful statements quite boldly enough. Plus, its 148 minutes feels a tad too long. If we let that go, becoming enchanted with "Inherent Vice" is easy. Just give yourself over to the plot -- it certain won't yield to us. That said, I am excited to see it again in the coming months, and by no means am I less of a PTA apostle because of it. I'm not sure it's another "Pulp Fiction," but it'll certainly have some strong advocates.

Whitney: I can definitely see your point, Matt, and can agree that it does shy away from any overt statements on the political environment that so sharply defined that era. Besides Owen Wilson's "surf-sax" musician referencing Vietnam, these characters never seem too concerned with anything outside of their own corrupt city. But I also think that's why I enjoyed PTA's world so much -- it didn't feel like a trite or overly nostalgic attempt to capture the '70s. It's a world I found myself wishing I could live in (so maybe it did make me nostalgic ...), hanging out on Doc's couch and following him around on his perilous excursions as Joanna Newsom's Sortilège does. Her character, who provides an on-and-off-again voiceover, was so interesting to me mostly because she revealed Doc's inner monologue that we would otherwise never hear from the rather reserved stoner. I haven't read the book and don't know her place in it, but in the press conference following the film, PTA mentioned how her voiceover narration was a big question for him. It's the first time the director has used it in a film and I think it struck that great balance between giving deeper insight to a character -- an insight I found to have a subtle feminine gentleness that Doc alone doesn't carry -- without the overbearing omniscience of a preachy narrator.

At the end of it all, "Inherent Vice" is an equally difficult film to write about as much as it is to watch. Anyone looking for a movie with concise plot connections that lead to a clear destination should look elsewhere. And I'm not even sure all PTA devotees will celebrate it; the filmmaker has a tendency to divide critics with his diverse storytelling style and there seems to be no decipherable formula to the man's wild mind. Perhaps PTA intends for us to enter the film in Doc's always-groovy state of mind to better navigate the frantic story and care less about the sum of its parts. Inherent vice, after all, means the unavoidable deterioration of objects, or the refusal to insure that which is self-destructive. Maybe we're supposed to take the film's convoluted fragments for what they are and not press for a solidified understanding for fear of destroying it all. But then again, let me get back to you after I've seen it six more times.

"Inherent Vice" opens in limited release on December 12 and wide release on January 9. 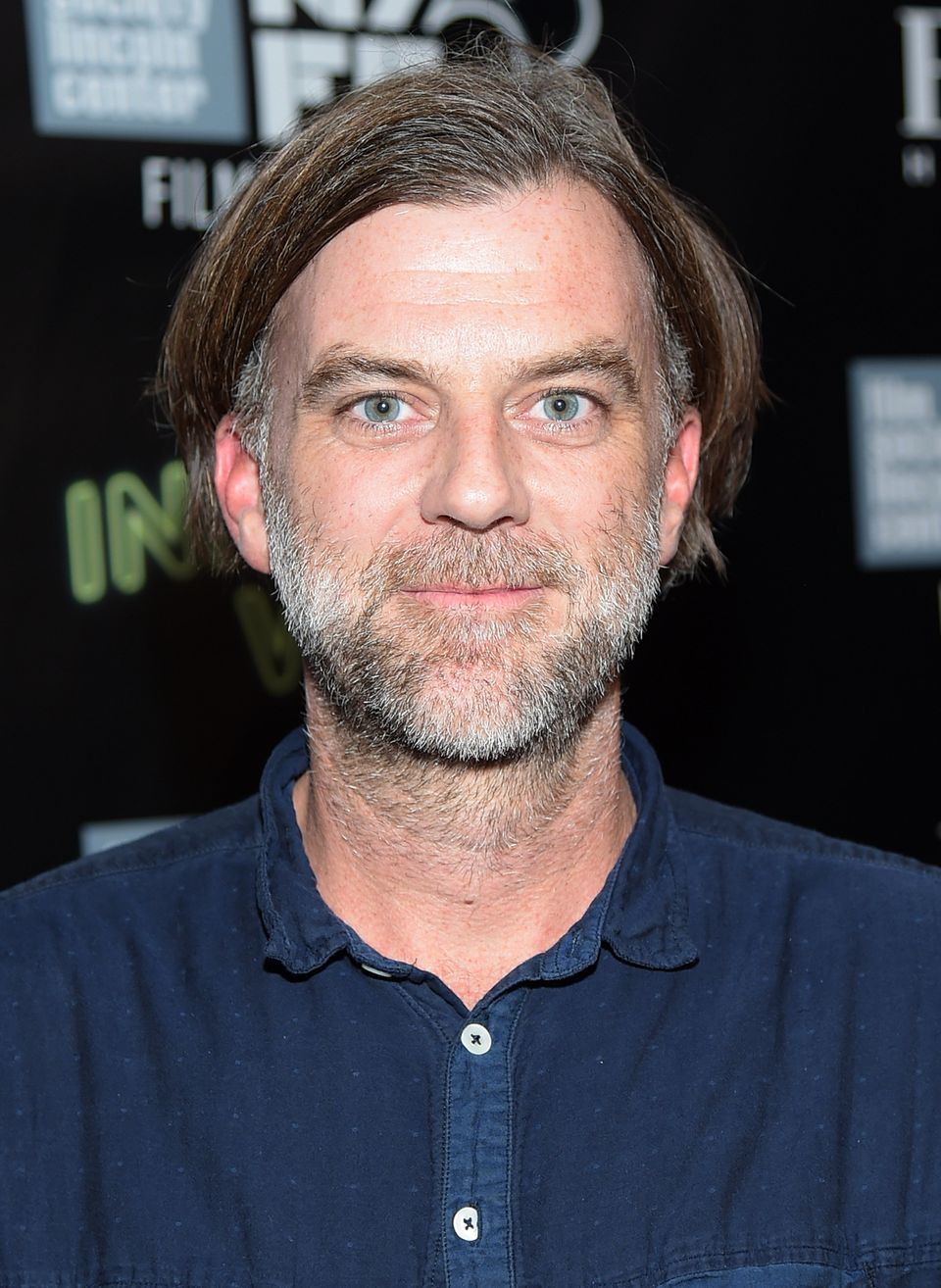