Things are looking up for Cleopatra: The leopard tortoise now has a 3D-printed prosthesis to protect her deformed shell from further injury by other tortoises. 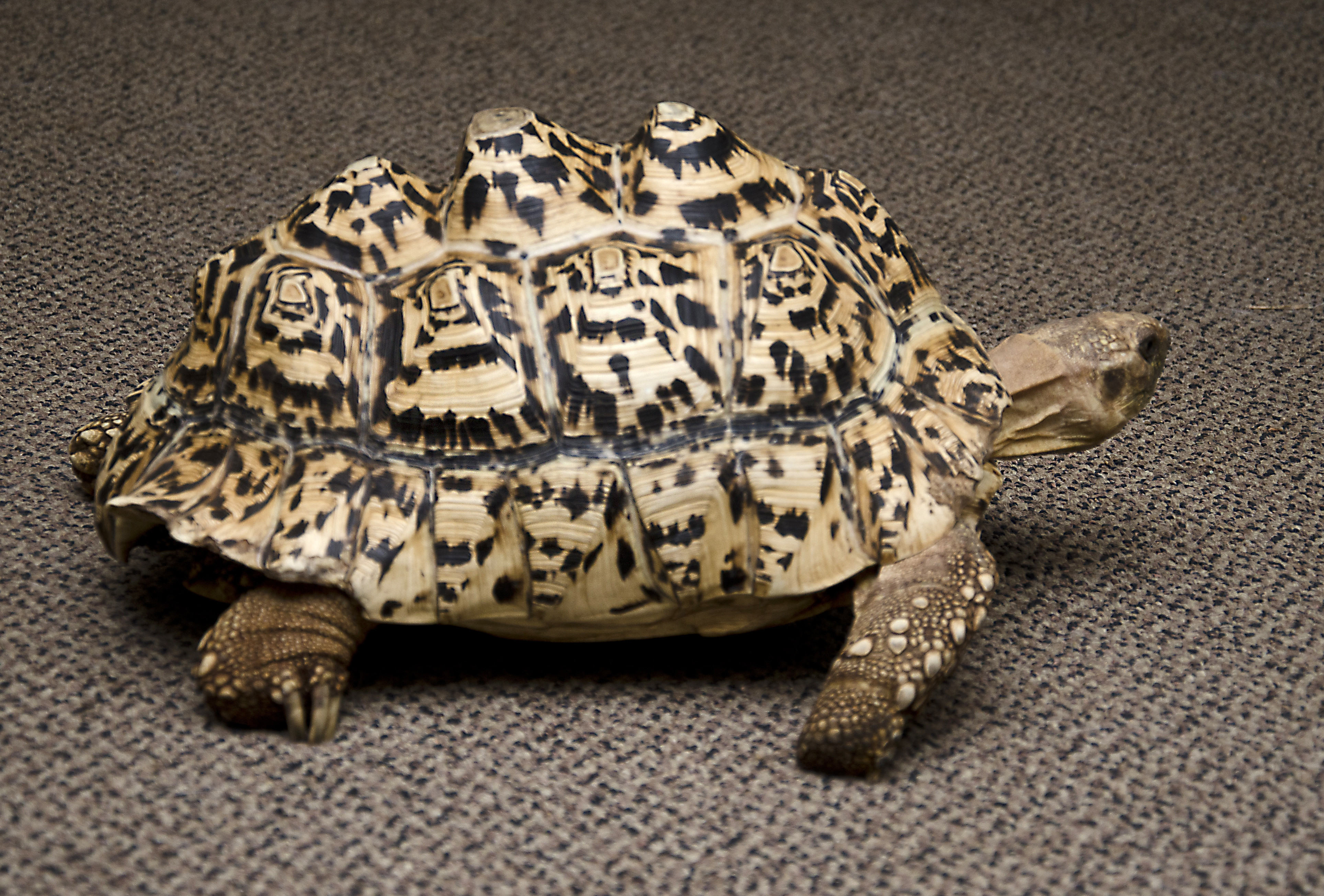 Cleopatra suffers from what is known as "pyramiding" or "peaking." That means that rather than growing smoothly, her shell has developed raised sections.

Tortoises climb on each other when they play and mate, and their weight is normally distributed evenly. But interacting with other tortoises left Cleopatra's deformed shell worn through in spots, leaving her susceptible to bacteria and infections.

"I knew something had to be done," Nico Novelli, the owner of Canyon Critters Reptile Rescue in Golden, Colorado, told The Huffington Post.

Her prosthetic shell was designed by Roger Henry, a Colorado Technical University student and U.S. Air Force veteran. The 3D Printing Store in Denver assisted with scanning and building the shell.

"This is a very good feeling," Henry told The Denver Post. He spent hundreds of hours perfecting the design so it would fit exactly on Cleopatra's shell. 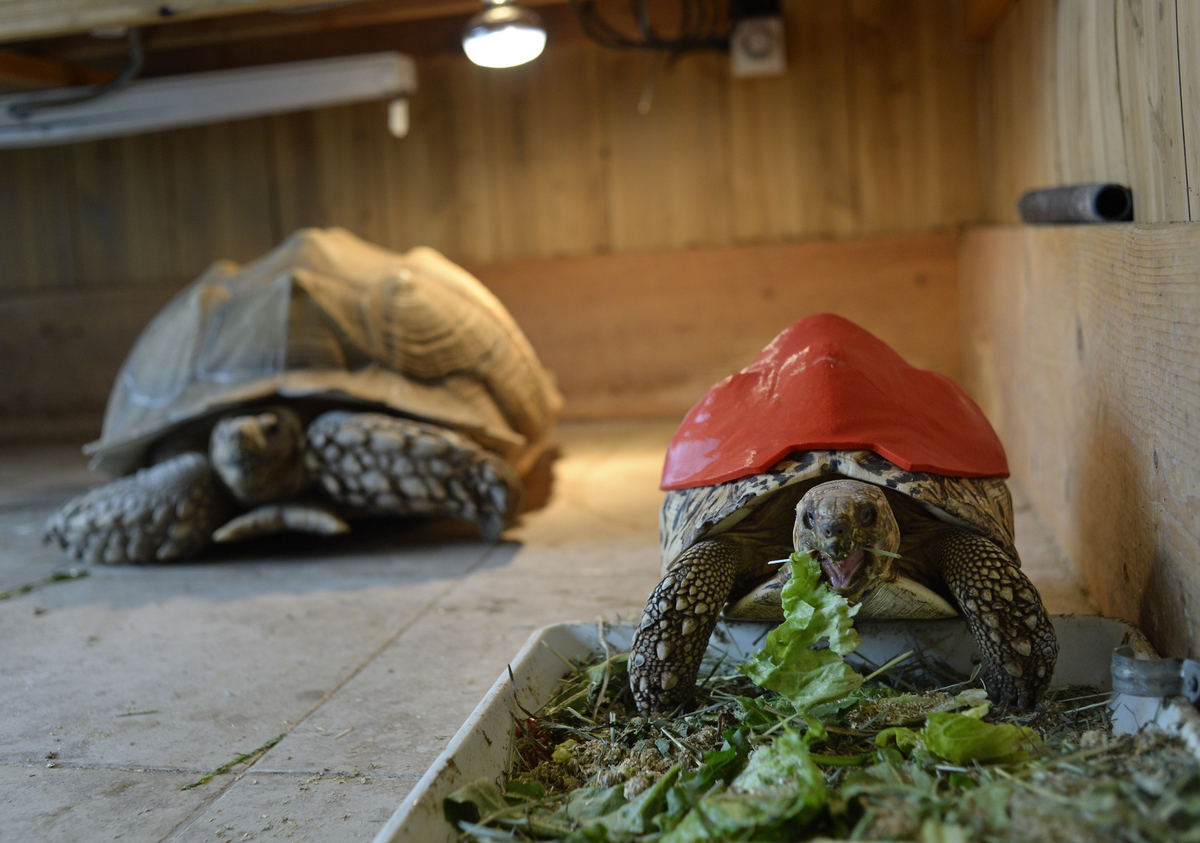 Novelli said they can't be certain, but they believe the herbivorous tortoise was likely fed a diet too high in protein before she arrived at Canyon Critters. “I wish people would educate themselves more” before acquiring tortoises as pets, he said.

Sadly, improper diets and care are common among pet turtles and tortoises. Cleopatra was "not an exception to the rule," Novelli said. "It's almost standard." 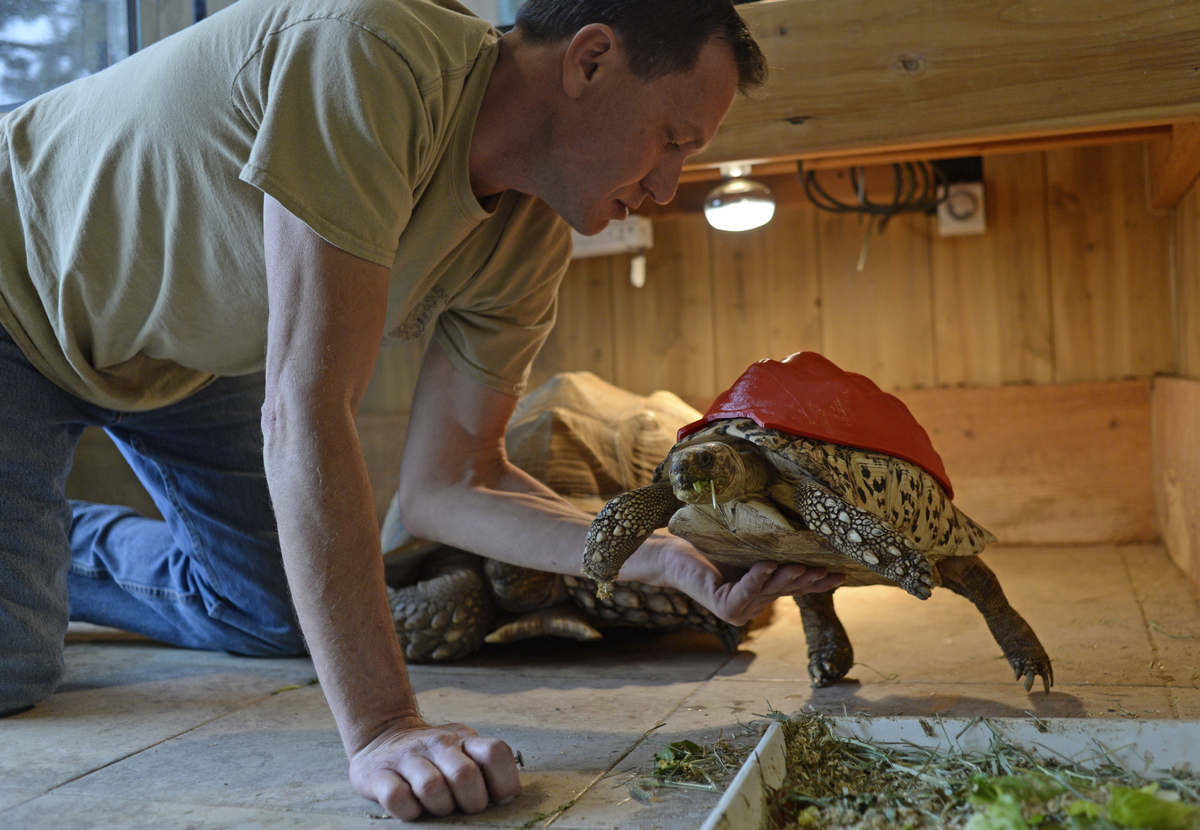 Right now, Cleopatra only needs her special shell when she's among other tortoises. Novelli said he plans to use velcro to keep it secured.

Fortunately, the 3D-printed creation won't be permanent. The worn-through parts of Cleopatra's shell are expected to heal in the next few years, and with proper diet and temperature conditions, her shell will grow normally and reduce the pyramiding. 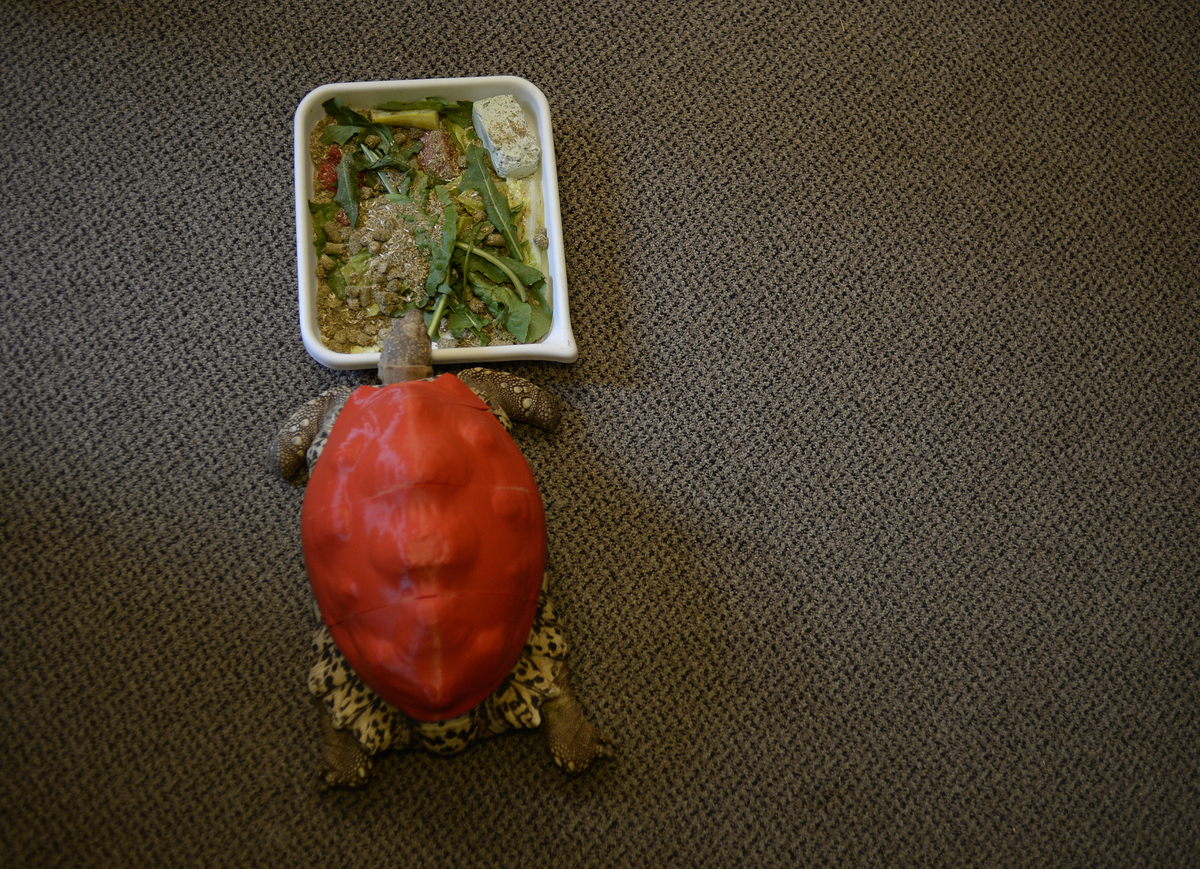 After Cleopatra's story appeared on local news in Denver earlier this week, Novelli said he's received at least six calls from people asking for his rescue to take in their turtles or tortoises.

Several species are native to Colorado, and Novelli says people often spot them in the wild and take them home. They're often hand-fed the wrong diet and have trouble re-adjusting to life in the wild after owners grow tired of them. He said pet stores often fail to disclose the true costs of ownership, which can range up to several hundred dollars per month.

“When people find out real facts about the care for them, they quickly change their minds," he told HuffPost. 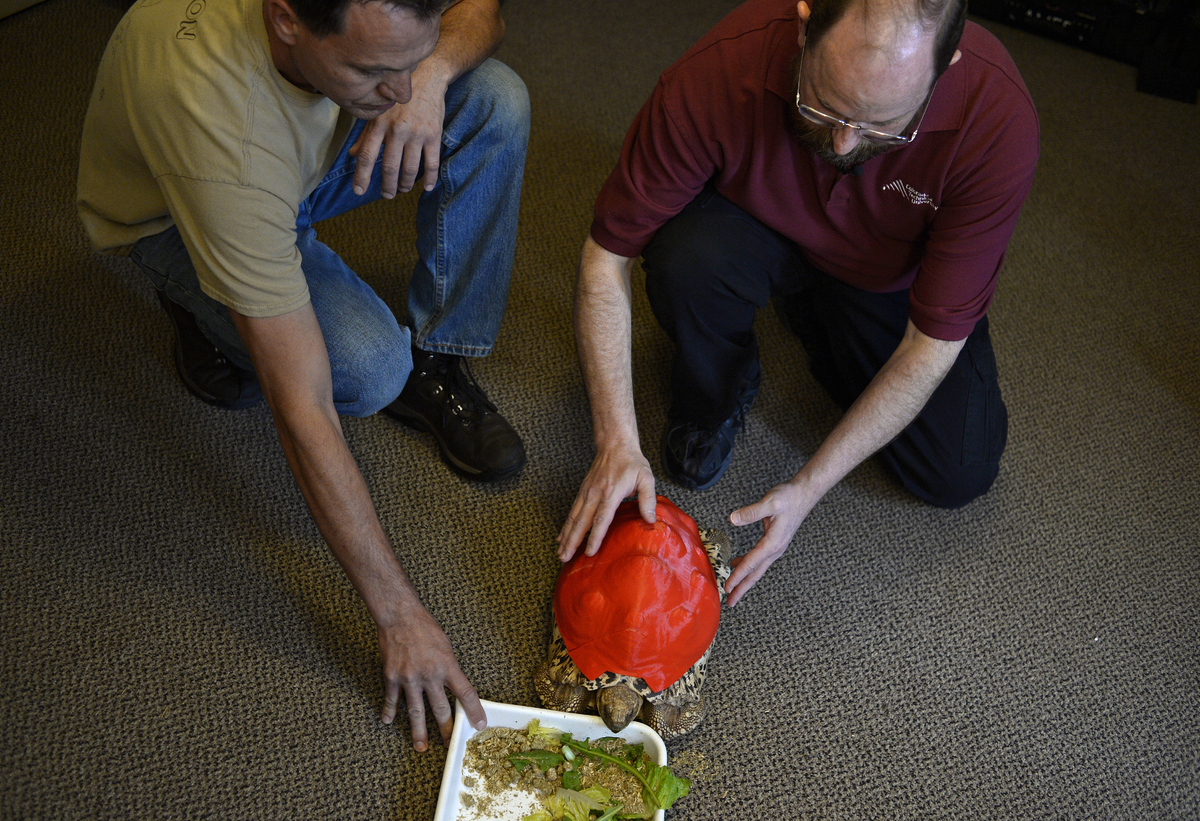 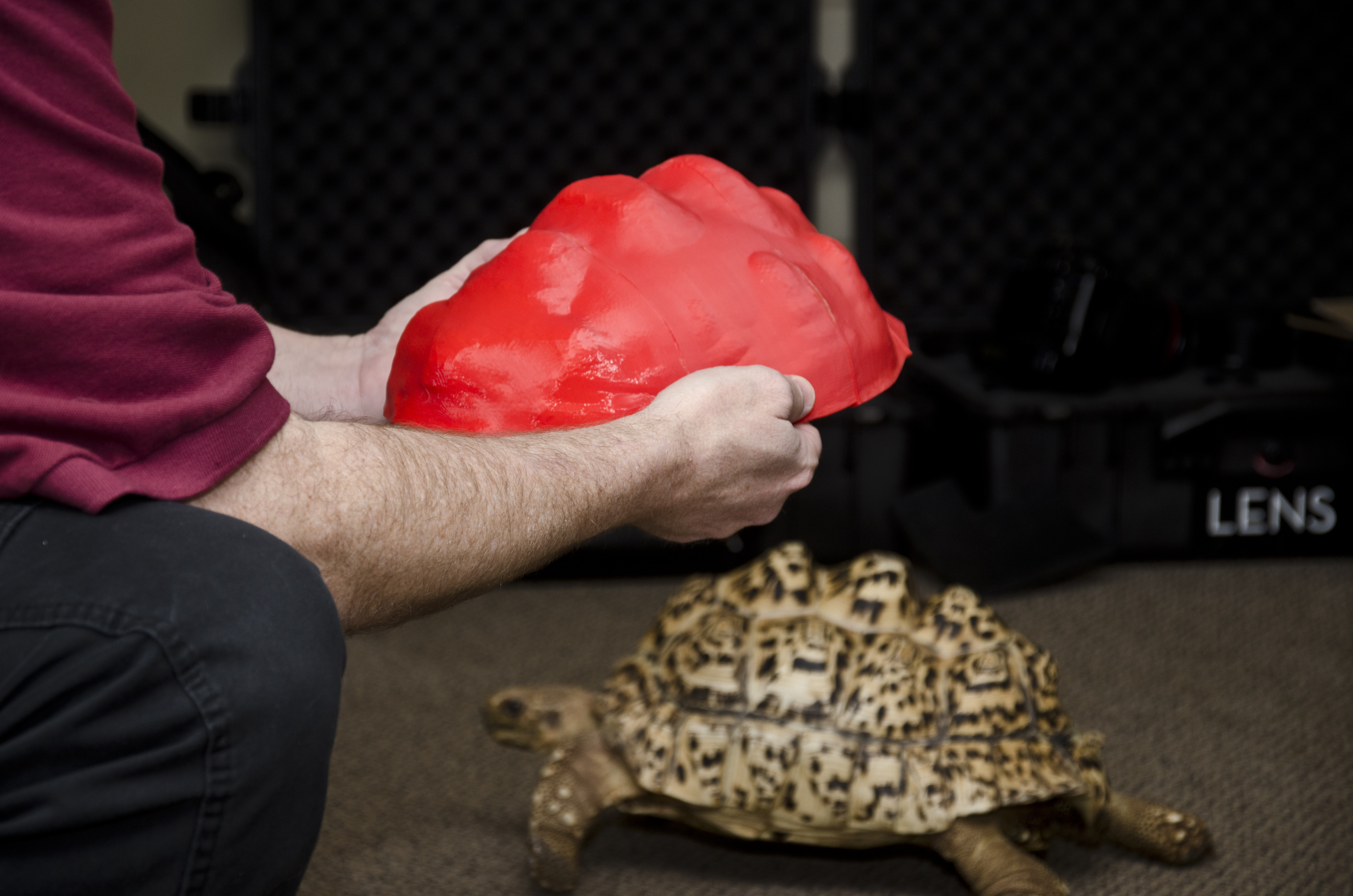