I was recently asked by the New York Times what questions I pose when I interview job candidates. A favorite of mine is "What are you doing when you feel most beautiful?" The reporter printed it, and I received dozens of responses to the question from people around the world. Each of them moved me for their honesty; some, for their audacity. Not surprisingly, most people feel most beautiful when they are involved in an act of service, or are doing something that makes them feel generous, connected, or seen by others.

Now, I'm sitting with a group of women in a small house in a Mumbai slum. The house owner is proud of her shiny plates and pots on the wall, the double bed, the sparkling clean floor on which we are all seated. There is a portrait of Sangeeta, an Indian woman who helped pioneer education for the poor in India. The woman in the picture has the devout eyes and modest veil of the Virgin Mary.

We talk about the hardships of slum-living: a lack of clean drinking water, no good schools for their children and the feeling of shame that they themselves aren't educated. They speak of sexual and physical violence, as well, sometimes through tears. In most areas of their lives, they lack choice. "I would like to wear jeans and not cover my head," one laments.

I change the topic after reassuring them that I've heard the hard parts about their lives. I tell them that I imagine there must also be times of real joy, times when they can feel their own light shining through.

I ask them, "What are you doing when you feel most beautiful?"

The women look at me with scorn, frustration. They had started to feel that I might understand something about them, but not now. "We can never feel beautiful," one says. "Our lives are too miserable. They are too difficult. We fight just to make it to the end of each day."

I don't buy it. There must be some times when you feel beautiful, I say, even in the midst of difficult times, difficult days.

No, no, no. Absolutely no beautiful here.

We sit in silence. The women look at one another. Finally, Mushaq-Bi, the one with a chestnut-colored chiffon dupatta draped over her head and smiling eyes that defy her lined face, leans forward.

"I will tell you when," she says, almost in a whisper.

"You see, I am a gardener for HP. I have a small patch that is my responsibility, and each season I slog and slog. And then, one day, the flowers there begin to bloom. They come right out of the ground and open up their beauty. And seeing it makes me feel beautiful."

Aaah, the women nod and smile.

She has not finished. Her face becomes more animated. "Last year, there was a competition at the company. The best gardener was given a prize. I worked even harder on my small patch of ground. I was so surprised when I found out that I was the one selected. I was given a certificate. Now, whenever I think of that certificate and the flowers I have grown, I feel beautiful."

The women applaud and laugh. Mushaq-Bi tears up and shakes her head, her hands clasping the sides of her face, her bangles clinking along with the congratulatory merriment. I love the image of her cultivating the earth, this urban gardener with the certificate on her wall. I love the idea of her smiling with satisfaction and anticipation as she watches marigolds and jasmine push through the dark soil and make their presence known. She, too, is blossoming, pushing through cracked earth, finding a new voice. 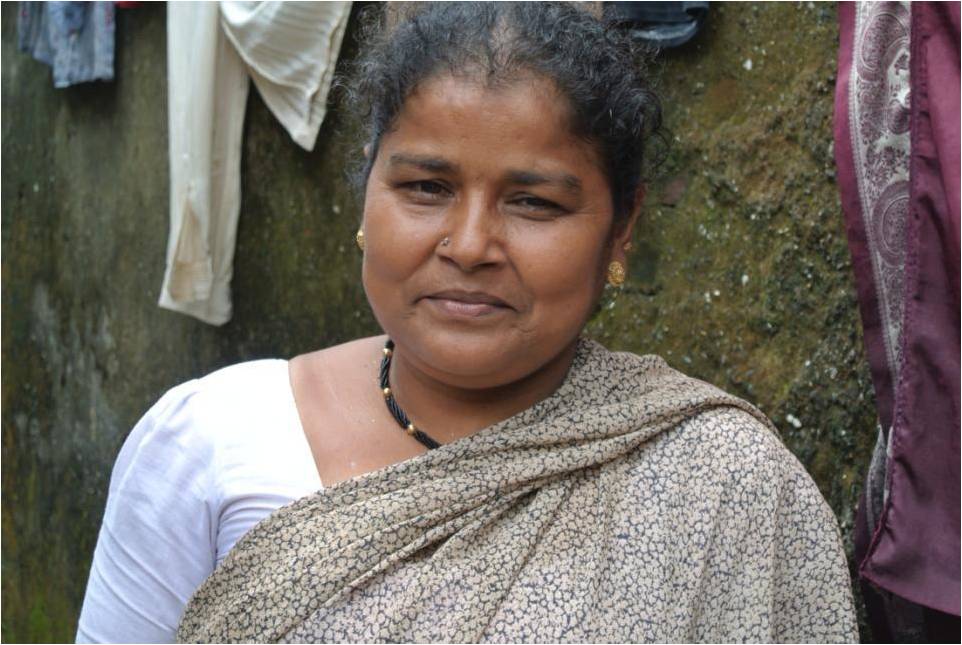 Now, the others jump in. One woman describes how she was a whistleblower, telling her boss about someone who stole from the company. The process of raising her voice and then waiting until the man was found guilty was horrendously difficult for her. She feared she would be ostracized and would never work again. "I was a woman raising questions about a man," she acknowledges. But the man was discovered to be a crook. "Now," she says, "my boss trusts me. He looks to me for good answers, and when he does, I work hard to make him proud. And this makes me feel beautiful."

The conversation continues. Gardeners, cleaners, community leaders; every woman here knows what beautiful feels like. Every story is about wanting to be seen, to be known, to matter, to be a somebody, not a nobody. Everyone wants to count. The number of rupees or shillings or dollars in the bank account doesn't add up to beautiful. That isn't what gives you hope or a belief that you personally are part of the future. This is the part we miss when we plan our development strategies, our companies, and our solutions to poverty. At the end of the day, each one of us is fumbling around, looking to be loved and to be seen. Even just a little bit.

We can do things differently. I so rarely meet anyone wanting a hand-out. Instead, women like Mushaq-Bi simply want the chance to change their own lives, to make their own decisions. It shouldn't be that difficult. What is needed is to understand development not simply through an economic lens, but rather one based on ideas of freedom for all people, regardless of gender, of religion, of caste, or of class. It is to this end -- freedom -- that the march of human progress will move forth, and it is in this progress that the true seeds of optimism thrive.

Freedom is what beauty feels like when it can most express itself. It has to do with the ability to express yourself in both big and small ways. What would our world look like if we asked ourselves the following more often: are our actions helping others find a way to feel freer, more dignified and more beautiful?