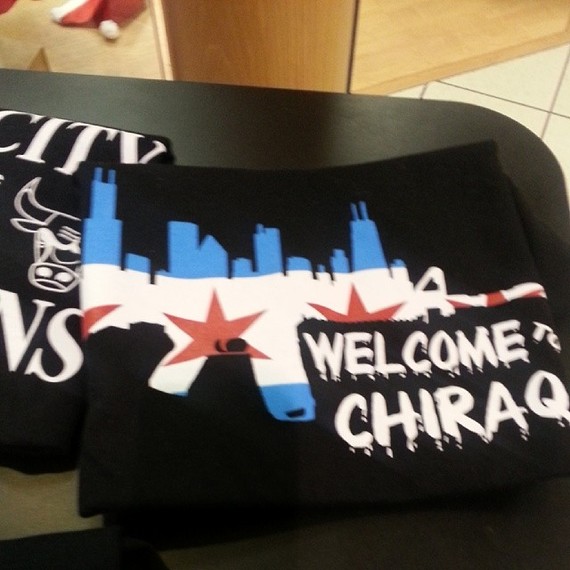 No matter where you go, someone has an opinion on the senseless violence that has plagued our city.

"Anytime you can come to a city and see a gangster's old haunts," Anton Seals Jr. says about the history of Chicago violence.

Seals, a self-proclaimed "Community Brother-at-large," believes media images has cultivated a negative perception of the city.

"I think it has been less crime but more reporting of the crime. I think it's a part of the media cultivation theory," he said." The more you show it, the more people are in fear. I think it used to be more contained. I think that a part of it is about a quality of life issue."

The people who are adversely affected by the shootings often struggle to find the words to describe shootings.


Meanwhile, others affected by the violence know exactly what to say:

Saturday morning, I woke up to some horrible news.

A friend lost his wife to the violence that has a chokehold on our community.

The sad part about her shooting is twofold. No. 1, she had just gotten home after attending an anti-violence fundraiser. No.2, the fundraiser was for an organization that was founded after the death of Hadiya Pendleton.

The unfortunate side of the reporting of the violence is that someone or something is going to profit from it.

TeQuila Sahaya Shabazz, the CEO and Founder of BRIJ Fund, L3C, a cooperative of stakeholders who work collectively to tackle the issues concerning the Black community, says that someone is profiting off of the violence.

"Profits are being made every time a black male is portrayed as dangerous. The media profits and the journalists now becomes an expert who in turn a profit from appearances across the country on his/her findings," Shabazz says.

"States and prisons profit when murder is sensationalized. Politicians profit from TIF monies that are set up for community development programs but are funneled into other projects. Everyone profits except for those being exploited. It's a vicious cycle."

The media profits Shabazz was talking about stem from the term "Chi-raq."

Some say that the term came from someone saying that there were more murders in Chicago than in Iraq.

I'm no math major, but it appears that more people were killed in Iraq than in Chicago.

Also, does the number of killings include Iraqi citizens and insurgents along with soldiers from other countries?

No matter what we want to call our city, something has to be done to stop the violence.

Shabazz believes that someone needs to take a hard look at the origin of the violence.

"The only way that this will stop is when the people stop fueling the machine. The only way to fight the issue of violence is to tackle the causes," she said. "We don't need any more awareness pieces, we need sustainable solutions."