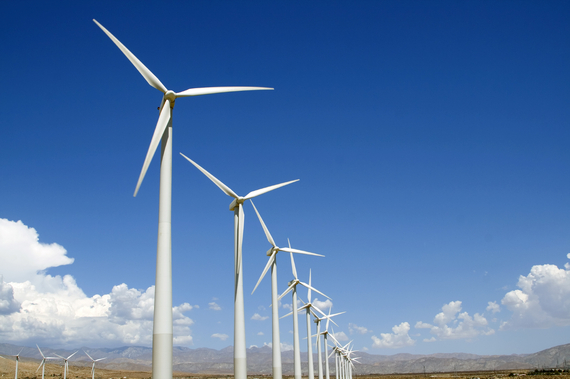 [In last week's part-one installment of this three-part article, I highlighted all the things that make innovation so radically different from all other forms of value creation. The strategies we normally bring to organizational growth aren't enough when it comes to innovation. We need a new strategy to help us go into uncharted territory.]

How do you make plans in a world where plans were meant to be changed? Innovators are adaptors. They're flexible leaders who run multiple experiments at once and make adjustments along the way. Rather than create something completely new, they build onto things that already exist.

In this spirit of using what we already have, let's look at the two current main forms of innovation strategy. While each of these strategies alone won't be enough to sustain growth, they can both teach us useful lessons about creativity.

The first main innovation approach is a push strategy. This is plan designed to happen in gradual, sequenced phases. We call this stage-gating. In the very beginning, during the speculation and investigation phase, you don't spend much money. Then, as time goes on and you prove your concept with proto-typing and market-testing, you start investing and spending a great deal of money. The goal of push strategies is to reduce risk and pace an innovation so that it arrives on time. These plans are essentially alignment and efficiency mechanisms.

The problem with push strategies is that they don't accelerate innovation. Since they require us to connect so many dots and go through so many labored steps, they don't account for the real-time spontaneity of innovation. They falsely assume continuity over time with the belief that the future will resemble the present.

These plans usually rely on knowledge related to technology development. Sure, we might know when dual-core chips will become quad-core chips and when quad-core chips will become octa-core chips, but we can't depend on the reliability of these step-by-step improvements. In reality, meaningful innovation happens when that unpredictable, game-changing idea or person arrives on the scene. Think about what Mozart did to classical music or what Einstein did to physics or what Tesla did to electromagnetism. Push strategies miss out on interesting, paradigm-shifting--unexpected--turns like these. And they miss out on the opportunities learned from failed experiments. They're simply not agile.

There are tons of classic push strategies in the car industry, where companies optimize every aspect of the automobile production process--from how many cars they'll make to the amenities that customers supposedly want. But by the time the car comes to market, it lacks any new designs or technologies that the company simply didn't make room for along the way. The manufacturer has developed something that there is no longer a market for.

The opposite of a push strategy is a pull strategy. Where push strategies are driven by technologies and emerging methodologies, pull strategies are driven by customer demands. Analysts categorize and segment consumer populations and build innovations to satisfy their desires. Then, designers build new products where we know there is demand. Financial service organizations do this all the time. This is basically a form of order-fulfillment. It's not unlike fishing where we know the fish are biting.

The truth is that customer preferences are not consistent or stable. Like every other aspect of innovation, they change over time. Pull strategies fail to understand that demography and belief systems shift. They leave no space to accommodate for new kinds of desires. For example, companies like Uber and Airbnb saw an unfilled need in the overlooked, burgeoning sector of millenials who, unlike their boomer elders, don't own cars and don't want to live in big houses and love on-demand service. All the major car-rental companies and hoteliers--with their pull strategies--missed out on this tremendous opening.

Both push and pull strategies will get you stuck in the planning cycle. And while you're planning, the world is advancing and your opportunities are disappearing. Both of these approaches are simply not sophisticated enough to keep up with the increasing speed and magnitude at which innovation happens in our society.

There are alternative strategies developing in forward-thinking circles. Event-driven strategies are responses to catastrophic occurrences like epidemics or terrorist attacks. They anticipate similar events in the future and plan accordingly. This is how our government prepared for and responded to anthrax threats through the mail following 9/11.

Scenario-planning is a creative strategy that looks at the elements possibly driving the future and then considers all the alternatives and variations to these elements by making stories out of them. In telling these stories, we can start to figure out what these unknown situations might actually look like.

Discovery-driven planning goes even further than scenario-planning. It comes from the work of Columbia Professor Rita McGrath, who tells us that when things aren't going exactly as planned, we need to run some tests on your key indicators to try and figure out which ones aren't performing well and determine the causes of those failures. Then, we must do some fine-tuning in real time so that these events can be avoided or capitalized on, depending on whether they're a challenge or an opportunity.

These new approaches are certainly part of a solution to the shortcomings of pull and push strategies, but they don't solve the problems completely. With these methods, there are a lot of moving parts. And it's just very hard to operationalize the adjustments as they overwhelm us and catch us off guard. So what do we do? How we move forward and account for all the complexity of innovation in a simpler way? Next week, in the final installment of this article, I will offer three new strategies for making the unknown known.