There's an economic crisis of monumental proportions occurring in Black America. The challenges stretch across a vast spectrum of education, unemployment, entrepreneurship, investment and innovation. But you won't hear much about this crisis from any of the so-called "mainstream" media.

The New York Times touched on the issue in, "The New Poor: Blacks in Memphis Lose Decades in Economic Gains." The Times narrowed America's economic crisis to the financial impact on a Memphis family and offered statistics to what it dubbed, "The Great Recession." But the focus of the article is limited to job losses, foreclosures and economic despair in a single region that has turned back the calendar of progress.

The Washington Post Business Columnist Steven Pearlstein took a stab at the problem in his Sept. 7 column, "The Bleak Truth About Unemployment." Pearlstein tells us the eight million jobs lost across the nation are largely a result of a structural, not cyclical, change. Manufacturing, construction, hospitality and retail have all lost two million jobs each, accounting for two-thirds of the total job loss across America. A fraction of the jobs lost are currently being recovered and Pearlstein doesn't see the vast majority of those jobs returning anytime soon.

Black media, such as theloop21.com, are also decrying the travails of economic disaster. The Loop 21 dissects the most recent U.S. Bureau of Labor's statistics on Black Unemployment (16.3%) and pushes the number as high as 48% in its Sept. 3 article, "Locked Out: The Truth Behind the Black Unemployment Rate." 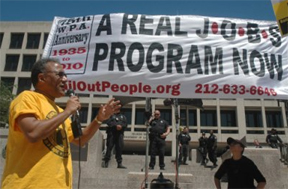 While media are bemoaning the Great Depression-like "Great Recession," none are juxtaposing the explosive tech industries and Internet ventures against the backdrop of miserable forecasts of long-term unemployment and the catastrophic crumbling of industry infrastructures.

About This Series: Focal Point -- Innovation

While the "Great Recession" impacts all of America, Black America is suffering from new economic trauma just as it emerges from the shadows of institutionalized racism that stunted its growth for generations. And while White America races to support entrepreneurial innovators and seed high-growth companies, Black America has been caught flat-footed and is in danger of being left behind in the dust of innovation-propelled technology -- relegated to the role of consumers who transfer much of today's Black earned wealth to the high tech entrepreneurs of tomorrow.

This series seeks to not only expose the hidden crisis in Black America, but also unveil little known opportunities through which solutions may be derived.

In part one, the voices of three innovative business leaders were introduced to address the challenges facing Black America's entrepreneurs and investors. This is the second of four installments in a series addressing the Innovation Crisis in Black America.

Today we ask: Where are African American entrepreneurs and angel investors in the exploding high tech industries?

This question points to the critical juncture at which Black America transitions from a 20th century struggle for Civil Rights and jobs, to a 21st century mindset that capitalizes upon innovative ideas and invests heavily in seeding rapid-growth entrepreneurial endeavors that produce new jobs as well help diversify the captains who control high tech and Internet industries. (More on this in the upcoming interview with Johnathan Holifield in part four).

Unemployment in Black America is twice that of the nation as a whole. The Congressional Joint Economic Committee report released in March 2010 reveals that "both the unemployment rate and the duration of unemployment increased dramatically during the Great Recession among African Americans." Among Black teens unemployment has reached crisis levels. (See chart).

Black America's unemployment rate is one key indicator of a crisis condition. Some economists are predicting many jobs will not return and some industries are undergoing a transformation that requires significant downsizing (e.g. U.S. media have laid off a significant portion of its workforce with more to come). That means millions of workers could be transitioning to new careers.

Entrepreneurship is the desired path of renovation, restoration, innovation and opportunity when industry infrastructures crumble. Yet, the world of entrepreneurship and angel investing is foreign to most Black Americans, despite the fact that in 2009 alone more than $17 billion was invested in entrepreneurial ventures that created 250,000 new jobs.

In the first six months of 2010, African American-led companies were involved in less than 1 percent of funded entrepreneurial ventures (CB Insights report). That's an ongoing problem that needs to be addressed.

While such articles shed a spotlight upon positive efforts being made to address the conspicuous dearth of entrepreneurs in the high-growth technology fields, the stark reality of severely under-represented African American-led endeavors in both the explosive industries of innovation and SEC-qualified angel investing require significant media attention.

Delineation of investments in technology sectors in 2009. Source: Center for Venture Research (Univ. of New Hampshire)

The Center for Venture Research's report on angel investing in 2009 shows that minority-owned firms had a similar rate of success in comparison to the overall market. Since minority companies were roughly 6 percent of the total number seeking funding, with a success rate of 14.2 percent, the final tally of minority companies that were successful in receiving funding amounted to roughly 6 percent of all the entrepreneurial ventures that received angel investments in 2009.

Of those companies, we do not know how many were African American. We do know the Center for Venture Research stated in its report, "However, the small percentage of minority-owned firms seeking angel capital is of concern."

Where are the African American entrepreneurs?

I asked Lauran Bonapart of Lauton Capital to respond to the issue. 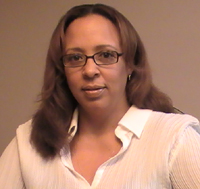 Q: In a recent report, CB Insights revealed that Black entrepreneurs received just 1 percent of funding from angels and VCs in the first half of 2010, while Asians, who make up far less a percentage of the population, accounted for 12 percent of funding recipients. Can you shed some light on what this data means to investors and entrepreneurs?

It's very challenging to find African Americans who are owners or minority stakeholders for Internet-based companies. I've seen a slight increase in the technology sectors but not so much with Internet-based organizations or health care organizations

So, I'd want to know how many organizations were actually seeking funding where only 1 percent of them were funded. Was it 10 companies and 1 percent of the 10 received funding? Well, that's not bad. If it was 100 ... that would be different. So, I don't know how skewed these numbers are.

Q: In your experience are there two few Black entrepreneurs overall or too few who reach a qualified level for investment?

A: I absolutely think it's both. In my experience in this industry, I have come across very few African American entrepreneurs. I can basically count them on one hand.

So, I would say that the first thing we would need to do as a community is to really step up to the plate with entrepreneurs who have a great idea, have great management in place and then determine if it is a project that is fundable.

Q: Talk a bit about the steps toward getting an idea off the ground.

A: I think the first and foremost important step is you have to have that next great idea. It's one of two things: It's a brand new concept and a great idea or you're improving an existing concept that's out there, something's already making money ... generating revenue.

Step No. 1 is do your homework and get feedback that the idea that you have is actually viable.

The next thing is, all investors want to see that you've put some money into a project. They don't want to shoulder the risk entirely by themselves. So, between friends, family, colleagues and so forth, you have to bring your idea beyond the concept level.

Have a prototype developed or discussions with a larger firm that would be interested in working with you. It's going to be very important that your business plan is solid, airtight. Exit strategies are involved. You also want to make sure your management team is bringing a ton of experience to the table.

Once you get past the, "We have a great idea," it looks fantastic on paper, and there's a solid management team in place, at that point you can begin to have discussions with either angels or VCs to determine what type of feedback they're going to give you to procure funding for your project.

Q: If an entrepreneur stems from a background of poverty, poor education and the relational family is similarly situated, what steps can they take to overcome those types of challenges in getting their idea to a level of funding?

A: Wow. That's a great question. I believe, in my experience, it's all about the idea that you have. If you have a great idea and a great concept, you can overcome poor management in a myriad of ways.

If you have a great idea about enhancing an existing concept or existing product, it's going to take a lot of research and legwork, not necessarily money. But you have to be passionate about what you're doing and you have to have people you can bounce ideas off of; and you'd be surprised as to how many people would help you in the industry with just a quick phone call. So, it's about knowing who to go to, finding the people that are relevant in the industry that you're in; and I don't think any of that pertains to your poverty level or educational background.
* * *

In part three of Innovation Crisis in Black America, I'll take a look at some of the challenges of "institutional funding" (angels and venture capitalists) with Dave Lavinsky, CEO of Growthink. Dave will share his ideas on innovative alternatives to the difficult road of angel and venture capital financing. He will discuss creative ideas that every entrepreneur can use to fund their business, big or small.

In part four, Johnathan Holifield will pave a path for 21st century innovation in Black America. He will discuss the difference between lifestyle entrepreneurship and the much-needed exponential impact, high-growth entrepreneurship that fuels technology sectors. Johnathan is an entrepreneurial executive in Cleveland, Ohio with more than 15 years visionary leadership across economic development, legal, corporate, governmental and nonprofit sectors. He is also a former member of the Cincinnati Bengals 1989 AFC Champions and Super Bowl team. Johnathan will discuss the challenges ahead for Black America in the Age of Innovation and offer solutions to the crisis at hand.