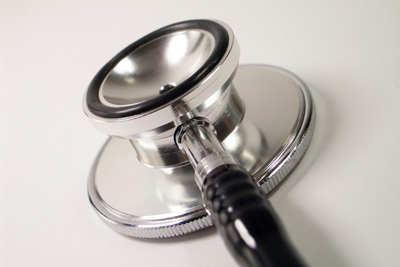 Advocates of evidence-based reform in education can't help citing evidence-driven progress in medicine as an analogue to justify evidence-driven progress in their own field. Yet opponents bring up numerous differences between the two disciplines in order to make the analogy seem misleading. In today's blog, I'll address some similarities and differences in the way evidence affects, or could affect, education and medicine, leading up to a provocative conclusion:

Education research is as likely as medical research to lead to profound breakthroughs in practice and outcomes in the coming years.

First, let me dispose of a few common misconceptions about evidence in medicine, often raised to contest evidence-based reform in education. The first myth is that unlike teachers, physicians are trained as scientists and participate in research themselves. In reality, while it is true that medical (and pre-med) training focus more on science, most physicians are not practicing scientists, and it is not necessary that they be scientifically sophisticated in order to benefit from scientific research. Another field deeply affected by research, agriculture, does not depend on scientifically trained farmers, for example. There is a great deal that physicians and farmers (and teachers) must know and be able to do, but they need not all be researchers.

Another common comeback is "teaching is more complex than giving a pill." So it may be, but many medical advances are not in the form of pills. Instead, they require substantial professional development, practice with feedback, and systems of support. Think of almost any surgical procedure to get an idea of how complex and how personalized to a patient's needs a research-proven medical procedure must be. As in education, some practitioners may be more or less skilled at doing a proven operation, but if the research supports doing this operation, physicians need to work to learn it, just as teachers and schools may learn proven programs.

A recent commentary in Education Week claims that education cannot learn from medicine because doctors treat patients one at a time, while teachers work with classes. The author prefers public health as an analogue, and notes the difficulties with, for example, improving diet and exercise. Yet public health is if anything a model case of evidence-based reform that education would do well to emulate. In recent decades, evidence-based strategies have been used to massively reduce fatalities and injuries by promoting use of seat belts and bicycle helmets, to greatly reduce smoking and consequently reduce lung cancer, and to reduce drug abuse, crime, teen pregnancy, and many other scourges. This all took place over a thirty-year period when American education, which has little respect for evidence, has produced hardly any gain in reading or math performance. If only education could use public health as its model!

One complaint I often hear is the urban legend that it takes an average of 17 years for a given drug to go through all the steps leading to FDA approval and widespread use. Most change in medicine happens much faster than this. In any case, much of what slows down medical advances is concern about rare but fatal or debilitating side effects. Research in medicine cannot just show that a treatment is effective, it also has to show that is universally safe, and this may take a long time. In education, serious negative side effects of a new teaching method that is beneficial for most students are unlikely.

Now for my provocative conclusion: That with greater support, education research could have at least as profound an impact on education outcomes as medicine or public health do on health outcomes. There are several reasons this could be true.

First, medicine must prevent or cure thousands of individual diseases, and curing one may not suggest cures for others. In education, however, it is likely that solutions for any major problem will apply across many more, or at least suggest solutions for other problems. Already, solutions such as cooperative learning, tutoring, and teaching of metacognitive skills are known to improve learning across many subjects and age groups. Proven classroom management methods tend to work in all subjects and many grade levels. New technology solutions may similarly bring about changes in many areas. When education research does advance, it can advance on a broad front.

Second, education research is easier to do than medical research. The unlikelihood of serious negative side effects is one reason. Another is that because pretests in education are so highly correlated with posttests, we can accurately predict what students would have achieved without treatment, making it easier to do studies. Another is that children are in school every day, so gaining access to them is much less difficult than for medical or public health researchers. Routinely collected data are available for students, also making some research easier.

If new medical treatments are found to be effective, companies and hospitals, and sometimes government, ensure widespread adoption of the new methods. This could happen in education, too. Almost all educators are government employees, and if government decided to promote the use of proven programs, it could readily do so. As I've written elsewhere, imagine what could happen if the U. S. Department of Education encouraged the use of proven programs in Title I schools, or gave competitive preference points on grant proposals that promise to implement proven models.

It is certainly true today that evidence has had far more impact on the practice of medicine and public health than on the practice of education. But it's early days for serious research in education, and even earlier days for evidence-based policy. When we build up a stock of proven programs and have the support of government for using them, watch out. Education could show medicine a thing or two about how to improve outcomes on a national scale using rigorous research and innovation.