Legacy media are at it again: Trying to separate news from noise while engaging audiences, maintaining high standards, keeping pace with technology and cashing in.

"In an environment characterized by information hyperinflation, traditional media outlets must adapt to change without losing sight of their basic mission to produce quality journalism," wrote Ángel Arrese, professor of financial journalism and marketing at the University of Navarra's School of Communications in Pamplona, Spain.

Quite a juggling act coming in the wake of news the New York Times had initiated major changes following a leaked self-study that concluded: adapt or die. 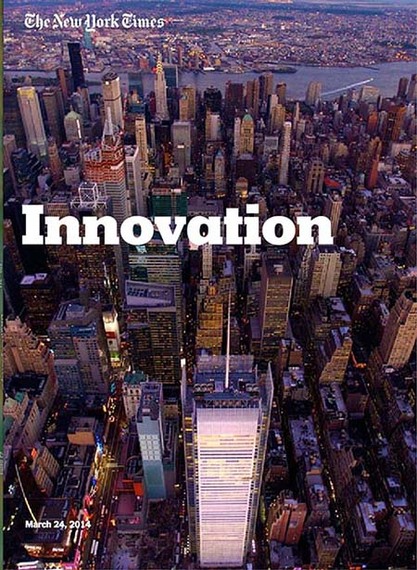 According to Arrese, the Times' "Innovation" report puts less emphasis on how to do better journalism and more on how its way of doing journalism might bring in more loyal readers: "to take the lead in getting more readers to spend more time reading more of our journalism."

The onus then falls on managers who are urged to adopt a spirit of experimentation and interdisciplinary collaboration in all areas to produce a digital-first newsroom.

Arrese's comments are part of Innovations in Newspapers World Report 2015, a guide to the industry produced by the Innovation Consulting Media Group for the World Association of Newspapers and News Publishers (WAN-IFRA) and launched this month at the latter's annual congress in Washington, DC. 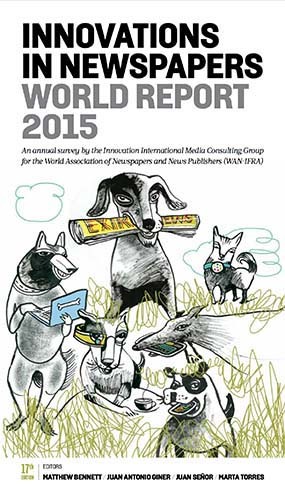 The group is known for its bold recommendations to news organizations to shape up in the face of massive media changes and cutthroat competition.

The six keys to success it proposed at the conference were mobile, video, native advertising (becoming a legitimate tool), programmatic content, data (data journalism comes to mind) and events and e-commerce. 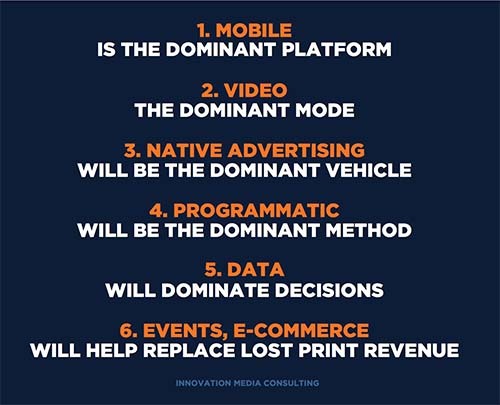 That mobile is the new buzzword is no surprise. News and content consumers want their regular fixes on the go, everywhere, all the time, and newspapers are having a hard time keeping up.

So the Innovations report offers papers the following advice to jump on the mobile train before it leaves the station:

Act now, be responsive, provide specific apps that do something, produce simple/smart content, charge for downloads and products/services, hook your audience, use smartphone geolocation to create greater editorial and commercial value, use chat as part of your social media strategy, and provide easy-to-consume formats preferred for mobile devices. 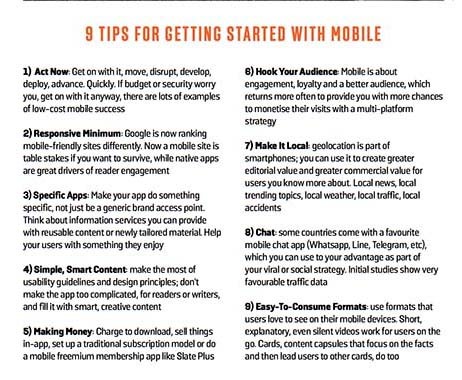 A successful experiment at newspapers has been the use of guest editors for a day, the idea being that the guests invite innovation.

Bono, Elton John, Richard Branson, Karl Lagerfeld and Lady Gaga have all guest edited newspapers in recent years, drawing attention to aspects of the news that are normally hidden in the standard editorial routine. 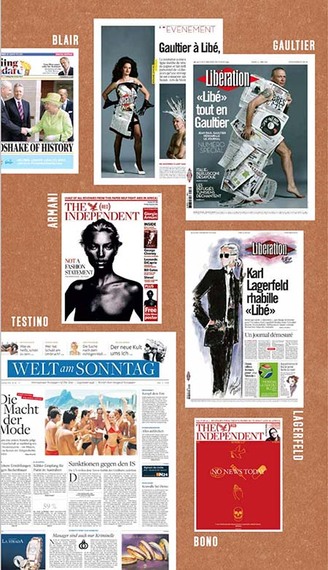 Celebrity guest editors can have a big impact on that day's edition, can increase circulation and can also increase reader participation, if readers are invited to work as assistant editors to a star for the day.

The Innovations in Newspapers World Report also focused on the importance of infographics and their adaptation to cross-platform technology limitations as well as speedy reading formats.

Translation: How small can a chart appear on a mobile phone's screen (even a big one) and what makes for attractive visuals in a sea of visual overload?

But it would be difficult to decipher some of them on a mobile phone or wearable device. 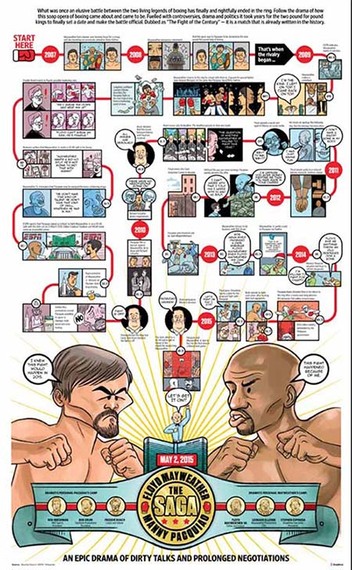 Another visual and editorial attraction is the weekend magazine.

At a time, a relaxed Sunday brunch was incomplete without a paper's hefty weekend edition and supplements, notably its magazine where known and budding writers spun attractive narratives to distract readers from the gruesomeness of daily news.

Enter major budget cuts on writers and paper and those magazines went on a crash diet.

But they seem to be making a comeback, the Innovations report said, to the delight of readers and advertisers. 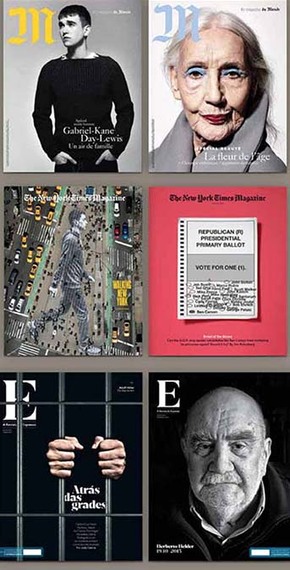 The Innovations report quotes Aron Pilhofer, executive director of digital at The Guardian in Britain - a leader in data journalism - as arguing for management support to undertake such projects.

He also called for ensuring complete newsroom integration, putting a senior journalist familiar with the genre in charge of the enterprise, starting with a small team that includes a data editor and designer who knows how to program, using free or cheap tools to treat and visualize data, and, to start slowly before taking on big projects.