Ever since female beauty -- and worth -- became equated with thinness, women have tried some truly unbelievable ways to lose weight.

In recent months, Jessica Alba wore a corset for three months straight after childbirth to regain her shape, and a Beverly Hills surgeon claimed that patients are paying him $2,000 to sew postage-stamp sized squares of mesh onto their tongues in order to force them onto a liquid-only diet.

Unfortunately, as horrifying and bizarre as these stories sound now, they're hardly isolated incidents. And while we'd like to think that women's relationships with food -- or at least the marketing surrounding some parts of the diet industry -- have gotten slightly more sane in the last few years, back in the day, people tried some seriously wacky things to augment their bodies.

Here are seven unbelievable ways women tried to lose weight in the past, guaranteed to make you want nothing but a healthy relationship with your figure:

According to an ad placed in the Oct. 1, 1950 issue of The Milwaukee Sentinel, "thousands" have lost weight by using the gadget, "handsomely made of lightweight aluminium and rubber," to "break down fatty tissues." 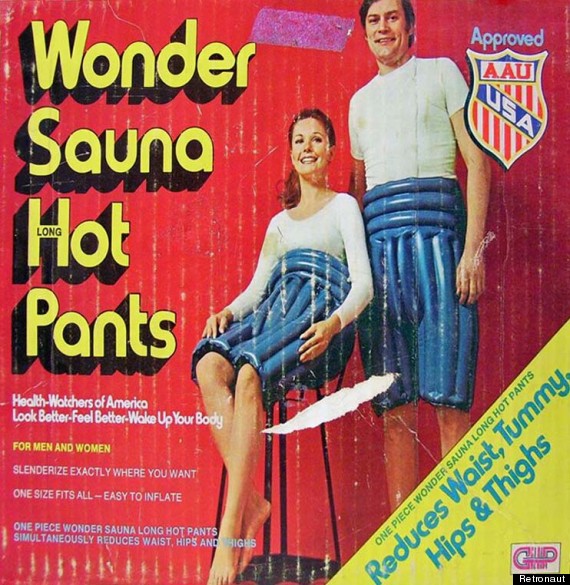 The premise behind these terrifying garments is that they force you to sweat, thus ridding you of water weight and reducing unwanted inches around your hips and thighs. A similar product was advertised in the 1972 Spiegel Christmas Catalog -- because nothing says "I love you" like pants made of heavy-gauge vinyl. These may have actually helped users drop some water weight, but only temporarily. (And no weight loss is worth wearing such a heinous outfit.) 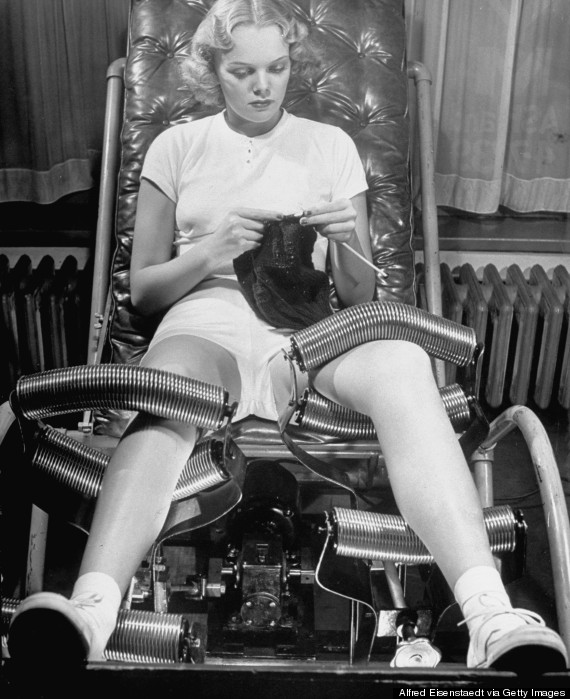 No, these are not instruments of torture. In the 1940s, women voluntarily went to "slenderizing salons" to have their "problem areas" massaged by a variety of Edward Scissorhands-esque machines that claimed to stimulate muscles and break down fat. We remain deeply skeptical. 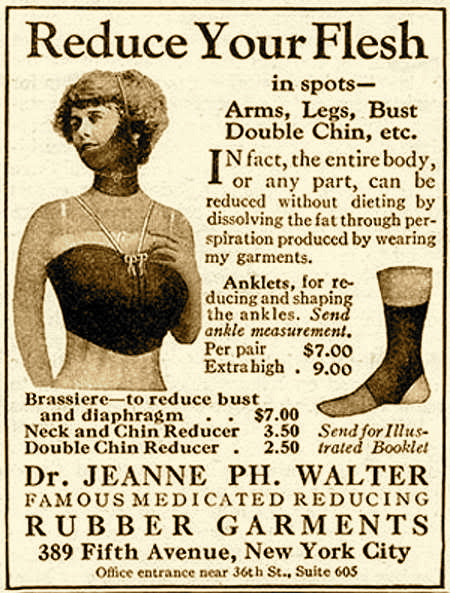 According to this vintage ad, "cankles" have long been an issue. But never fear, these "medicated" anklets and other compression garments (the neckpiece is particularly scary) were invented to "dissolve" your excess fat. Pretty sure that's not how fat works... 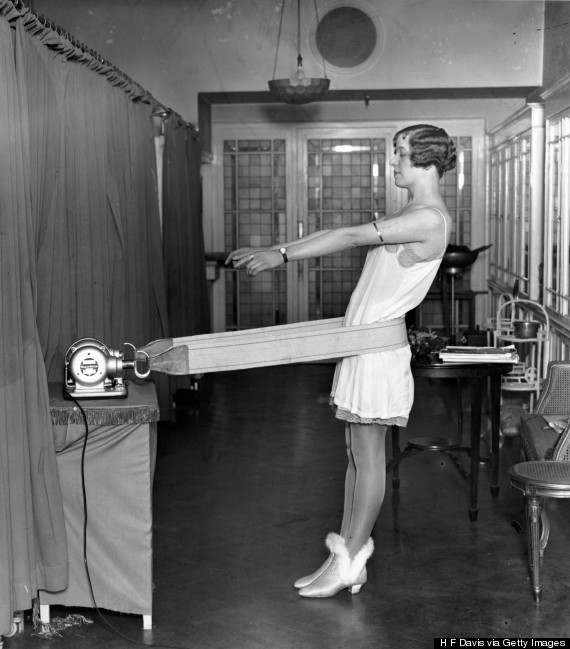 Products like the Nadco Exercise Belt promised to "vibrate" your hips and thighs to slimness. Interested parties can still purchase one of these contraptions on eBay. (We recommend not doing so.) 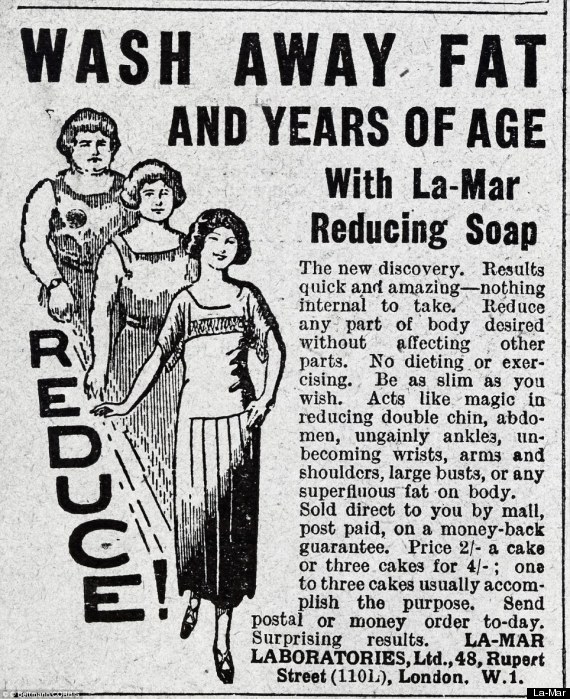 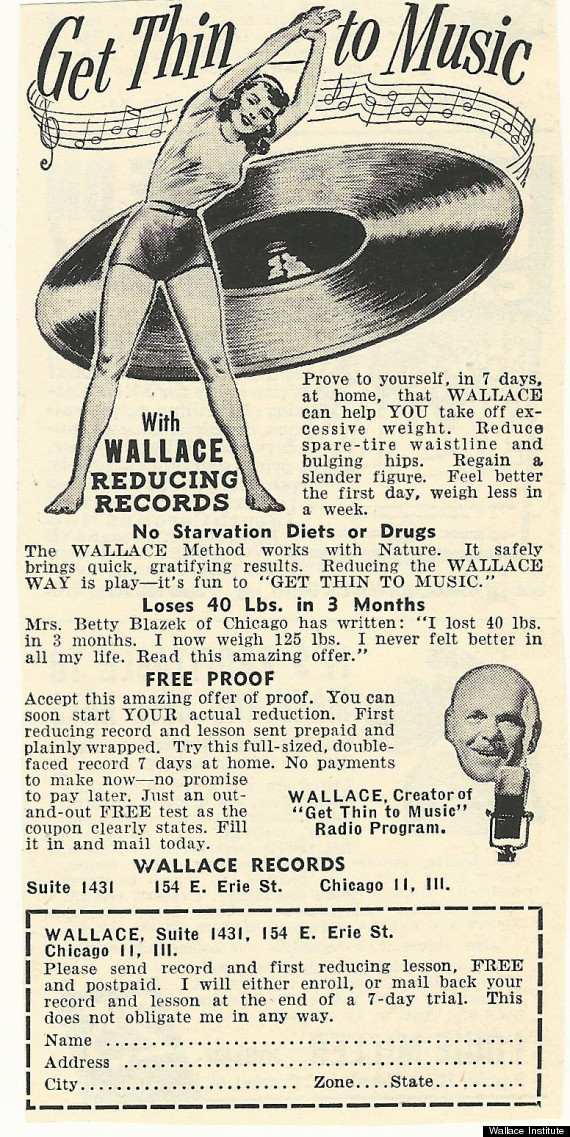 There is no information as to how this record, produced by Wallace Reducing Records, is supposed to work. An accompanying exercise regime? Hypnosis? Brainwashing messages? We'll probably never know.

What other scary weight-loss tactics from the past should we know about? Comment below, or tweet @HuffPostWomen!