This is a part of our Small World series in which we explore a new destination through the eyes of a local. 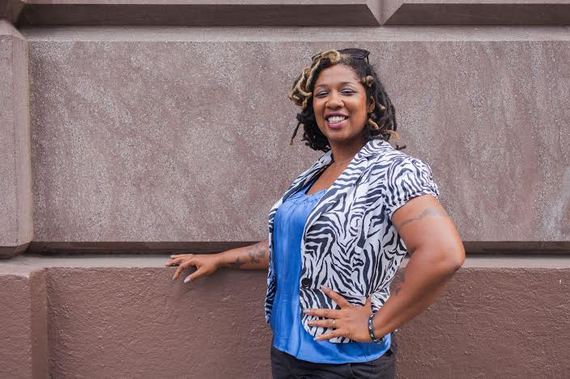 New York City's iconic Pride Parade may have come and gone, but the gay community -- according to Vayable Insider and long-time local Camille -- remains fully in bloom. Her "Madonna Town/Gay Town" tour led us through the streets of the Lower East Side, while she narrated her stories of what was and what's still to come for gay New Yorkers. 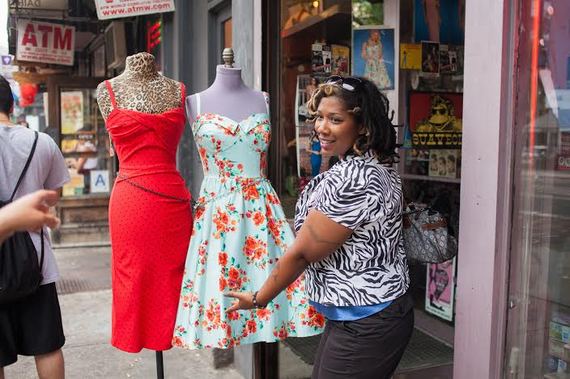 Beginning at the Alamo cube on Astor Place, Camille paints a picture of 18th-century New York, when "the Village" truly was just that. From the first integrated bars in the 1900s to the first gay society (for men only), to her own stint as a cigarette girl at the Limelight, Camille provides a good reminder that progress is always fueling NYC and changing its landscape. With this spirit Camille ushers us together to push the Alamo cube, which although rusted, still spins with one hard push. 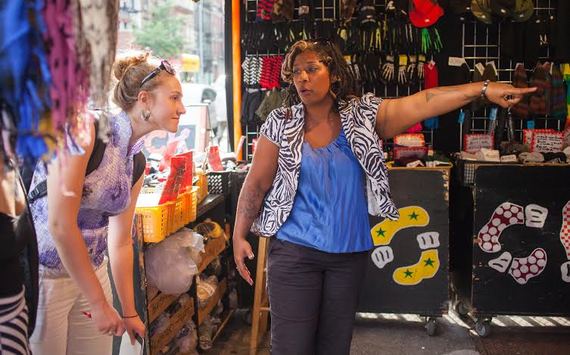 Camille is full of jokes and good advice while we stop on street corners to hear her stories. She tells us about her telemarketing job at Santander (where she spoke in an English accent to clients in Britain) and of her participation in the Stonewall Inn's famous drag karaoke night. She proudly shows us the shop where Madonna in Desperately Seeking Susan sells her jacket, and also where her brother made a cameo in the film. This shop is now a Japanese restaurant catering to NYU students with perpetually half-off sushi. On our journey we catch glossy spas next to outdated fetish shops and gay clubs turned into high end clothing stores. Some old shops still remain, however, and Camille parades us through the vintage punk store Trash and Vaudeville for 10-inch platform boots before telling us to "never shop vintage in the city" because the best prices are upstate. 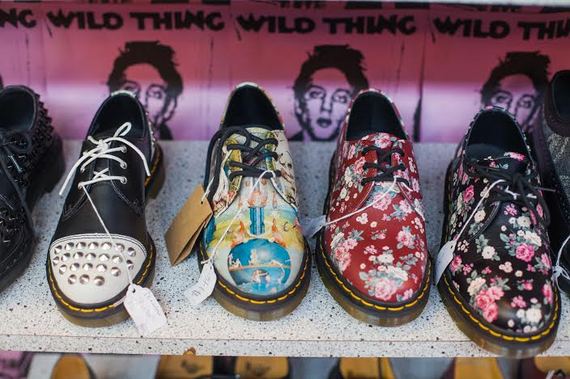 Yet, behind all the glamorous anecdotes of run-ins with famed socialites (mostly drag queens), we also gain some poignant insight into the city's allegedly progressive social agenda.Camille herself offers a living piece of history as she lifts both wrists to show us two nautical stars tattooed onto them: a code for being a lesbian when people could not be open. The whole neighborhood is in flux; old relics are slowly going out of business and still other places like the Stonewall Inn are seemingly permanent landmarks. Standing in front of Stonewall she intermixes her own experience with other historic events, such as the Stonewall Riots which catalyzed the gay rights movement. 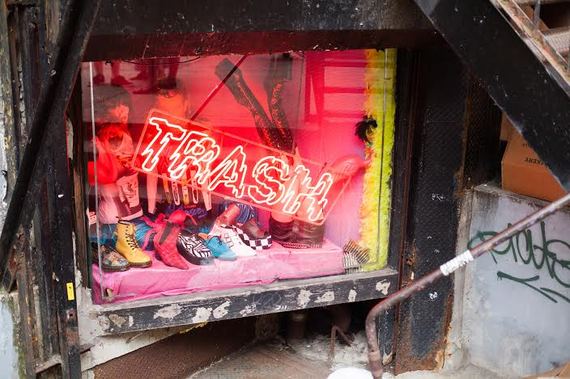 Inside Cowgirl, a lesbian fixture turned family-friendly diner, Camille is delighted to order us ice cream that is presented (disarmingly) to look like a baked potato. While I puzzle over this strange dessert, we break down the facades of progress that plague the gay rights movement.

Camille notes a dangerous complacency that has blossomed after winning the right to marry. Marriage, a patriarchal tradition, has not fixed an even more pressing age-old issue: sexism. Gay households now make twice as much as the average family while lesbian households will make half. This underlying issue has created a disparity among the gay community as they begin to have families of their own and battle the wage inequality that continues to be an issue for women. Camille sums it up: "[With gay marriage], we haven't won anything. The fight has only just begun." 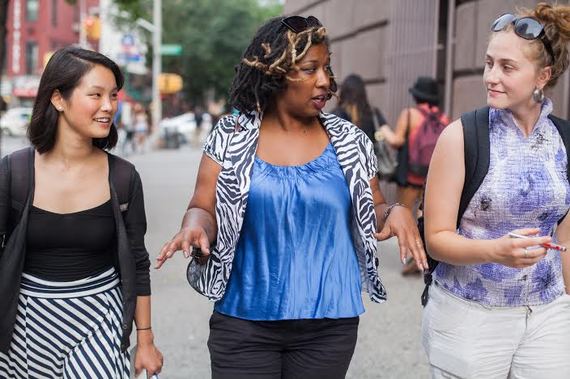 Camille has always been a part of the fringes of society, as both a longtime female musician and a member of the LGBT community. While the gentrification of all neighborhoods seems inevitable Camille is more focused on the future of the gay community. While being open about her own extensive experiences, she seems optimistic about the conversation moving beyond sexual orientation to breaking the boundaries that surround gender. One of our final destinations is the most spontaneous: Camille notices one of Yoko Ono's peace sticks in front of a church. I had seen peace sticks all over the city, but without knowing what they were. Camille explains how each one says peace in different languages. When looking to the past and anticipating the future; this message of peace can only be spread further. 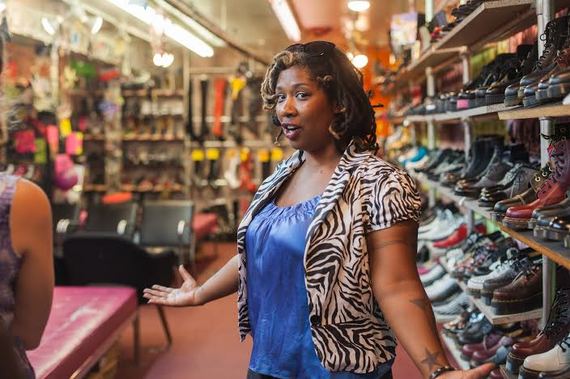 Even though we reminisce about the loss of free tuition at Cooper Union and touch the few remaining lamp post mosaics made by the drug-fueled punks of the '80s, Camille's words of wisdom offer a note of hope to those old New York nostalgics: "What matters isn't the past, but the future."

You can join Camille in NYC by booking her Madonna Town/Gay Town experience or her LES Burlesque experience.