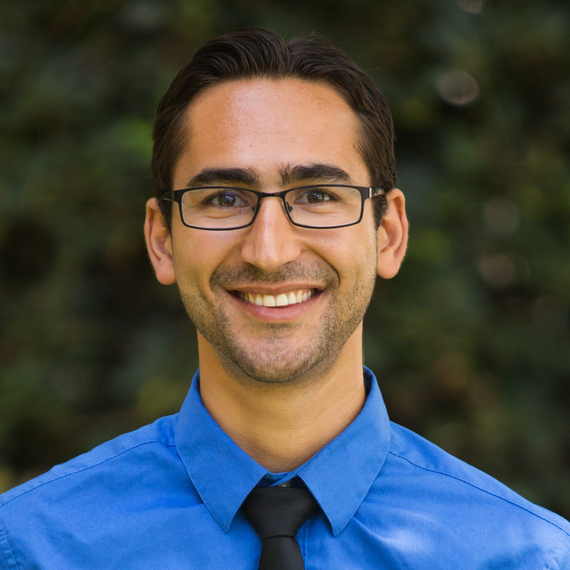 Since its founding in 1999, how has MFA evolved over time?

Darer: Our programs have changed a lot since our founding over 15 years ago. One thing we are constantly doing at MFA is evaluating our programs to make sure they are the most effective use of resources to reduce animal cruelty.

MFA has also gotten a lot bigger over the past 15 years. We now reach millions of people each year with information about factory farming and our message of compassionate meat-free eating. Through our online factory farming videos and comprehensive vegan resource website www.chooseveg.com we are inspiring more people than ever before to leave animals off of their plate.

Our investigations department has also grown dramatically. In 2014 we conducted 14 undercover investigations into factory farms, slaughterhouses, and hatcheries all across North America exposing the standard yet horrific practices endured by farmed animals. In the past few years we have successfully worked with major companies like Walmart, the nation's largest food retailer, and Nestlé foods, the world's largest food company to implement policies committing to doing away with some of the cruelest factory farming practices in existence. These policies mean that millions of animals will no longer be confined in gestation crates, battery cages or veal crates, and millions more will be spared unnecessary and painful mutilations like tail docking.

How do you pick which companies to investigate, and how do you gain access to them?

Darer: Our investigations are done in accordance with all local, state and federal laws. Our investigators simply apply for jobs at farms all around the US and when hired, do exactly as they're told, only they wear hidden cameras. They are the eyes and ears for the American public--who have a right to know where their food comes from--in an industry trying to keep people from finding out about it's cruel practices. Our investigations are done at random without previous knowledge of cruelty at a farm. Shockingly, every time an MFA investigator goes behind the closed doors of factory farms, they uncover horrific animal cruelty that would horrify most Americans. We have uncovered illegal practices that led to criminal charges. However, much of the cruelty we document is standard practice and entirely legal, highlighting the need for stronger legal protection for farmed animals and for major companies to implement higher animal welfare standards.

Are there any companies that treat their animals more humanely than others?

Darer: We no longer live in age of small mom-and-pop farms that raise five to ten animals and know them by name. On most farms today, thousands or tens of thousands of animals are crammed together in windowless warehouses and many spend the majority of their lives inside cages unable to even turn around. The industry is profit-driven and animals in the system treated as mere meat-producing machines. Their interest and welfare are rarely taken into account.

Certainly there are farms where animals do live comparably better lives--animals might be able to walk around, breathe fresh air, and not be taken away from their mothers at birth. However, we encourage people to prevent animal cruelty by reducing meat consumption instead of finding more humane sources. The industry knows that people care about animals and that no one is for animal cruelty, and correspondingly hijacks terms consumers look for like "cage-free," "free-range," "organic," "local," giving us an image of animals living a life of no cruelty and a lot of freedom. However, these terms are rarely regulated and the industry frequently uses them without them having any substance in practice.

If you look up what these terms actually mean, you will be surprised to learn that they mean very little. For instance, "free range" according to the USDA merely refers to having access to the outdoors, with little regulation regarding what the space looks like or the time spent outside. Compassionate consumers who don't want to support animal cruelty are duped into buying eggs from factory farms. The best way consumers can be sure they are not supporting animal cruelty is by choosing more healthy and delicious vegan food.

Would it be moral to eat animals that were truly raised "humanely"?

Darer: Many of us grew up with companion animals and know that dogs and cats experience joy, have fun playing, and can feel pain. We would be horrified if one day someone killed our childhood pet just to eat him or her. I know I would be if someone killed my dog Leo. There is really no meaningful difference in farm animals' capacity to suffer and feel pain. The only real difference between animals we call pets and animals we call food is our treatment of them.

Do more complex animals have more rights than less complex ones? Would it be moral to eat insects?

Darer: Certainly farmed animals have the right to not be exploited for food. Farmed animals have nervous systems, the ability to suffer, enjoy life and have fun. I think we can all agree that animals with legs should be able to walk and run but this is unfortunately denied to most farmed animals.

I'm not an expert on insect eating but I think it's funny that we would consider this option when we have so many delicious plant based foods; personally I would rather eat a veggie burrito than insects.

What do you think about futuristic technologies such as "brain-dead" chickens and lab meat as alternatives to traditional meat-eating?

Darer: [Brain-dead chickens] are an interesting idea. I don't know if this is a feasible possibility. I think what we should be doing is shifting away from the current factory farming process.

I am very supportive of technologies like in vitro lab meat companies--the main reason being that our bottom line is to reduce suffering for farmed animals. A burger grown from a few live cells from animals compared to a burger from a slaughtered animal would spare many animals unnecessary suffering. As technology improves, we also see more companies coming out with meat and dairy alternatives that mimic the taste and texture of animal based foods.

If we stop raising domesticated animals wouldn't that mean their numbers would be substantially reduced?

Darer: Certainly the population of farmed animals would look different in our country than it does now. As our society continues to eat fewer animals, the number of animals being bred for food and a miserable life on factory farms will decrease.

How do you respond to the argument that other animals eat animals so it is fine for humans to do so as well?

Darer: There is nothing natural about the way we're currently treating animals on farms. Nothing mimics what happens in the wild; chickens are bred to grow so large that many of them die before reaching slaughter. It is so unnatural. By the end of a chicken's life many can't walk or support their own body weight and many suffer from obesity-related illnesses. Broiler chickens, which are bred to grow quickly for their meat, are killed when they are 42 days old--they are essentially babies. Most chicken eaten in the US comes from baby chickens. There is a profit motive to get chicken to market weight as quickly as possible. I like to explain the reality of today's farming to people who say that [eating animals is natural] because most people simply don't know. I believe that people are inherently compassionate--they just don't know about factory farms.

Is Meatless Monday enough? Why is MFA not more aggressive in pushing for vegetarianism or veganism?

Darer: We certainty ask ourselves same question: what is the best message for us to use to inspire people to go vegan? If we want the public to go vegan, why don't we simply tell people to go vegan every time? The answer is simple. Our goal is to create as much dietary change as possible in order to spare as many animals as possible from the misery of animal agriculture. To achieve that, we have to be willing to sometimes ask for less than what we really want.

Right now, the best data from both inside and outside the animal protection movement suggests that using phrases other than "vegan" in our advocacy work is likely to spare more animals from misery (and also to create more vegans). We still use the term "vegan" often but the best way to get someone to go vegan in the long term is usually incrementally, and Meatless Monday is a great opportunity for people to discover vegan foods and create a habit that they will likely adopt on other days too.

Darer: It is very unfortunate that some countries look to the US on food issues. Eating meat is one of the worst things for the environment and is causing many health problems. Excitingly, MFA's efforts are expanding internationally in 2015. We have comprehensive pro-veg resources in Spanish, Hindi and Mandarin for our new advocacy efforts across Latin America and in India and China. In most cultures, compassion and respect values held close t are valued highly. We are excited to create a more compassionate world for animals.

Animal Charity Evaluators has rated MFA one of its top recommended charities for the second year in a row, and MFA has received many additional awards for its effectiveness. What makes MFA such a high-impact charity?

Darer: It's a result of our reflection on our programs and our willingness to change courses. We run our daily operations with our eyes on our bottom line. For corporations like Coca-Cola the bottom line is profit. Ours is the number of animals spared from misery inside factory farms. Every decision we make ultimately comes back to this bottom line--the best way to help animals.

Nick Cooney, our director of education has written extensively about this in Change of Heart and the effective altruism book How To Be Great At Doing Good. These are must-read books for every animal activist who wants to learn how to spend their valuable donor dollars or volunteer hours in the most effective way possible.

Was Paul McCartney correct that "If slaughterhouses had glass walls, everyone would be vegetarian"? Is awareness of the horrors of factory farming enough to convince people to not eat meat?

Darer: Awareness is certainly the key first step and we also must show people the "hows" of vegan eating (i.e. what to eat, where to get veg food, etc.). I oversee MFA online advertising efforts which inspire hundreds of thousands of people to see factory farm footage each week and many sign a pledge to go vegetarian and order our free vegetarian starter guide. We receive dozens of emails and comments on our ads from people who are shocked that these types of abuses happen on factory farms and thanks to our resources are now cutting out meat.

The number of vegetarians, vegans and meat-reducers is growing, especially among college students and the younger population. We are all compassionate and no one supports cruelty to animals. Sometimes we can feel powerless in a system where so many animals are raised for food but considering that the average meat eater consumes 31 animals a year, choosing to go vegetarian will spare the lives of dozens of animals each year. As more people find out the truth about factory farms and chose to leave animals off their plate every time they sit down to eat, we are making the world of difference for animals.