A body-con dress created from stacks of zippers, an extra-long tie that doubles as a noose, a belt made out of buckles and a pair of cleats constructed from soccer balls: the offerings from the fashion world of Sebastián Errázuriz can be explained as quirky, conceptual and certainly with a subtle social consciousness. Errázuriz, born in Santiago and currently living in New York, traveled to Lady Gaga style territory years before the songstress cooed "Poker Face" and plans to continue producing design art, having a head full of hundreds of ideas. I recently sent Errázuriz a list of questions, and he snuck away from his workshop long enough to share some of his spirited musings punctuated by his unabashed confidence.

Please tell me about your background: your childhood, your education and what inspired you to get into design and specifically fashion.

I am a conceptual artist and designer. I have no real training in fashion design.

I have made a small series of creative exercises in fashion, which have fortunately been published in several hundred magazines and Internet sites, because they have managed to capture people's imagination by shifting a few paradigms.

The work I have done in lighting, product and furniture design has received the same amount of media coverage. The interesting point is that it's not fashion or products I studied or specialize [in], but simply developing a thought process that questions reality, no matter what area I apply it to.

I believe I would get the same results and media attention if I were creating coffee mugs, skateboards, microwaves or computers. My education and training was focused on developing a method of questioning conventional logic as a way to find new unexplored design directions.

Are your pieces more conceptual or are they meant to be worn?

I see them as conceptual exercises, which hope to motivate people to look again, question paradigms and establish an unexpected approach to an object or situation. Hopefully by exaggerating the extents of what is possible, we are also questioning our daily reality and creating awareness.

Describe the process behind your Converse shoe-pants: how did you come up with the idea? Did you put them or sew them together yourself? What kinds of attention have you received for them?

The Converse shoe is basically made up of 2 elements: a unique rubber sole and a piece of textile which can come in a variety of materials and patterns.

The "paradigm break" here consists of simply avoiding the assumption that it is necessary to choose a new textile or pattern in order to design a new Converse sneaker. The idea instead is to ask questions that challenge the current logic, for example:

Why couldn't the textile simply continue upwards and bocome the pants? Like fishermen pants? But these could simply be pants to stay at home and watch TV? Slacker pants?

...Or why does there have to be a textile at all? Why can't we design new Converse sneakers that are simply the rubber sole and have a strap at the ankle like a cool-comfortable rubber sandal?

There is a variety of possibilities and obviously the Converse-pants aren't very practical, but I'm sure you could definitely sell a lot of "Converse Sandals." 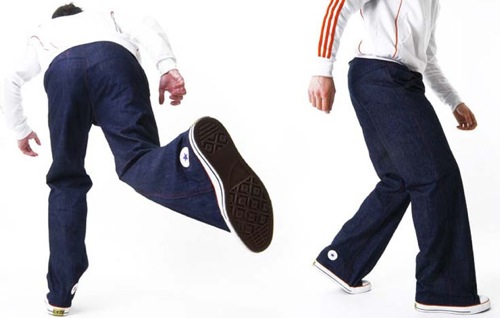 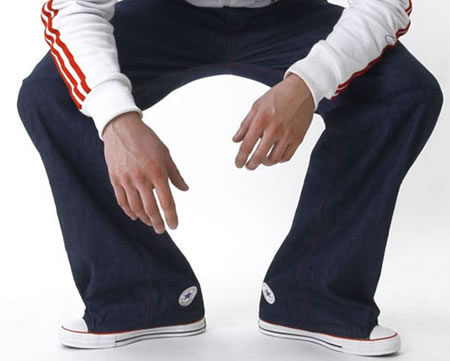 Which came first: your teddy bear coat or Jean Charles de Castelbajac's Kermit the Frog coat for Lady Gaga? What do you think about his use of stuffed animals?

My Teddy bear coat was a conceptual exercise created in 2002 as an homage to the Campana Brothers and their famous stuffed animal chair. I only heard about Castelbajac in 2009 when people saw Gaga and started asking me if I was working with her. 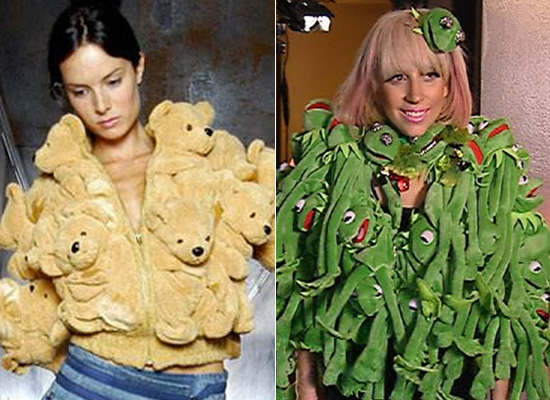 Tell me a little about your accessories. Any favorites that you've made?

I have a belt made entirely out of belt buckles and tie with a hidden extra length so you can hang yourself; nevertheless, I think my favorites are a pair of shoes from recycled old soccer balls.

In South America most kids only have one pair of shoes. They use the same shoes to go to church on Sunday or play soccer in the streets with their friends. As a consequence their shoes get torn quickly and their angry mothers are always trying to stop them from playing and avoid them ruining their shoes.

Watching some kids play on a dirt field I realized there were several old punctured soccer balls lying around. I decided to recycle those old soccer balls and use that strong thick leather to make indestructible soccer shoes so kids could play soccer without worrying about their mothers. These recycled sneakers are tough as hell and actually look quite decent. 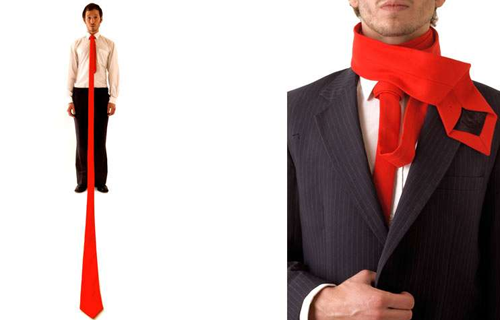 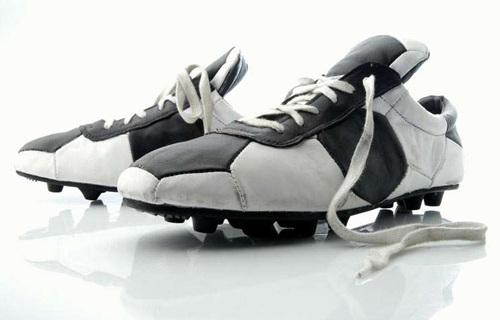 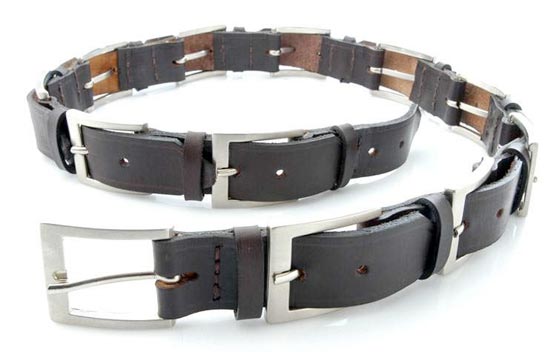 Do you have any inspirations from the "mainstream" fashion world or otherwise?

I try to be as uninformed as I can responsibly be, so I can hopefully produce work that will be inspiring for others.

I think my zipper dress is a good example; Instead of being inspired by a trend, I was instead inspired to make a dress that tackles some of the problems that trends generate.

The idea was to challenge the prohibitive amounts of money and time that it takes to keep up with the constant changes that fashion trends establishes each season.

The concept was to create a single dress that could adapt and easily be reconstructed over and over again to comply with hundreds of variations. The zipper dress was made with 120 independent zippers. Each one of them can be either separated from the rest of the dress or opened to play and reveal layers or skin beneath. The zipper dress can be adapted in a couple of seconds from a full-length night dress, to a t-shirt, a miniskirt or even a belt.

I believe the concept is particularly poignant in the current economic crisis; "buy one dress, get a hundred different fashion possibilities." The dress is a one of a kind piece, yet could be produced industrially for a relatively accessible price. The zipper dress was such an instant hit, that I had all the TV channels in Britain asking for an interview, here in the States we even had it exhibited on "Good Morning America." I still receive at least an email a day from someone who wants to buy it. 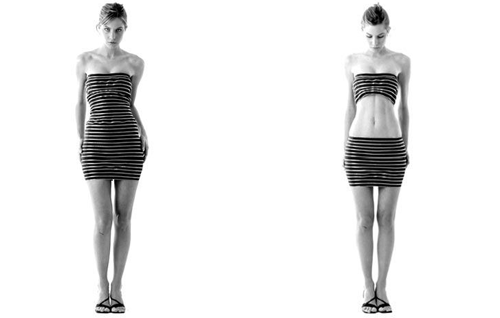 What do you think makes for good fashion design?

I think technique is a matter of training, and aesthetics depends on culture and taste; therefore it is in the elaboration of concepts and ideas that companies should be really placing their chips.

What types of material or objects do you like to work with?

I don't really have a preference. I like to first and foremost work with ideas. Objects are the embodiments of an idea and the materials and shapes of the object will be selected as a way to express the idea. Over the last few years, I have worked with everything from glass, steel, plastic, found objects, or even taxidermy.

Has any of your fashion ever been mass-produced? Have you collaborated with anyone else?

I am currently creating some joint ventures with different companies that have approached me. Fashion, furniture and product design so far...I partnered with the MoMA [Museum of Modern Art] to make an umbrella, I am designing some pens with Acme and furniture with Horm, etc. But I'm quite open to do collaborations in other areas.

Do you ever wear your designs?

I don't really use my designs, they are normally distributed all over my studio or in some art collections and ex-girlfriends' houses.

I don't really care about dressing someone in particular. Let's dress a fireman in a new suit that can protect him better, let's create a comfortable utility belt so the police can pursuit criminals faster. Let's get a poor unknown singer to steal Lady Gaga's thunder in the red carpet and arrive with a dress that makes Gaga look boring and average...

I am not interested in dressing celebrities, but instead simply interested in the challenge of confronting an interesting problem and coming up with a creative solution.

Do you have any upcoming fashion designs in store?

Hundreds...it's crazy! I have piles of sketches everywhere and I am always working in parallel in a variety of projects.

You've also created some furniture, lighting, chairs and other housewares. Which is more important: form or function or message...or something else? Do you have or use any your pieces in your own home?

Defining and understanding a problematic and then finding an idea or concept that can make a contribution. Form will follow the function your new idea will establish. 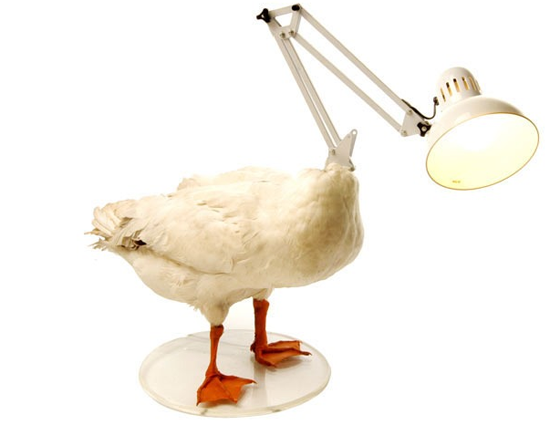