As a Muslim and brown woman, it's difficult for me to identify as feminist, and not for the reasons you might think. I can identify as Muslim feminist, but just a plain feminist? Not so much. My need to qualify my feminism is a fairly recent development. Though being a Muslim feminist comes with its own set of challenges, it is more true to my heart.

A Young Feminist
I started calling myself a feminist when I was 15 years old. I was frustrated with my parents for placing limitations on my social independence, including bans on going shopping, to restaurants or to sleepovers with friends, because I was female. I accepted their intention to keep me safe in a world that is unsafe for girls. Sitting at home, I remembered a few years before, I learned in school that the Equal Rights Amendment had never been added to the constitution. I did some research and I was reminded of the real existence of income inequality, which, as a high achiever myself, I found mind-boggling. More research revealed women's struggles for health coverage, reproductive rights and general safety. While my parents wanted to keep me from encountering the worst of it, I wanted to be proactive and do something to make things better, and that's how the feminist movement became real for me.

When I went to college at a competitive public university, one of the first classes I signed up for was "Race, Class, and Gender." Coming from a working class background, I had some trouble relating to a classmate, on the second day of class, as she explained her family's feminism in gifting her breast implants as a graduation present. Actually, her story made me feel a little worse about my own (then boyish) body, but I kept quiet and tried to be more open-minded. In the meantime, I tried to engage other feminists in discussion. At an open house for school organizations, I won a t-shirt by correctly answering a feminist organization's trivia question. I wondered if anyone could tell, as I blushed and stammered my answer, "clitoris," that I was saying the word out loud for the first time in my life. In class, I eagerly awaited the week Gayatri Spivak's, In Other Worlds, appeared on the syllabus. However, I dropped the course and dropped out of college before it came.

At the time, I was unsure of my reasons for dropping out of college. I just found that my heart was against staying. When I returned to school a semester later, I chose a school mainly for monetary reasons. It was also closer to my family. I was unaware that it was also one of the most diverse schools in the nation. There, I continued to identify as a feminist and, once I had some required courses finished, I signed up for "Feminist Philosophy." In that class, among many other things, I learned to question whether gender equality would result from making the structures and institutions created primarily by men accessible to women, rather than changing those constructions themselves. However, I believed myself to be entrenched in these systems.

Expanding Boundaries of Feminism
Around that time, I also began to read the works of Muslim feminists. I read Fatema Mernissi, Amina Wadud, Leila Ahmed, works deconstructing years of male dominated Islamic societies and religious scholarship. I still thought of myself as just a feminist, as my many of friends were, and not a Muslim feminist. In fact, I began to reevaluate my knowledge of Islam, examining Islamic beliefs and practices for traces of patriarchy. Though I never felt Islam at odds with what I held in my heart, in practice, I began to drift away, especially from the Muslim community. As an English major, I did not regularly see many Muslims in my classes, nor did I see them at work. When I encountered Muslims outside my family, I longed to connect but was losing my ability to communicate with them. I tried attending an MSA meeting and was disappointed that the men sat in the front of the room, the women in the back. Though I accepted a similar arrangement in mosques, it felt wrong outside of the context of prayer.

In the meantime, as an English major at a diverse university, I took the opportunity of multiple class offerings on colonialism and race politics in written culture. Most of my feminist, English major friends, however, chose courses on women writers. One of my friends, a student from Bulgaria, confessed frankly that, as much as she enjoyed postcolonial studies, it was a difficult subject for white women to pursue at higher levels. In a class on black women's narratives, our professor asked us whether we identified first with issues of race or gender. It was a hard question for me and, for the first time, I began to feel the need to qualify my feminism.

Soon, I graduated totally burned out. I was at a point where I needed to progress in this society, but for some reason, my heart refused. I was beginning to realize that, despite studying postcolonialism and feminism, despite understanding that society was not made in my favor, I still believed I had to fit into it and worked tirelessly against myself to do so. When I graduated, I found the civil war I had waged inside myself at a stalemate. And though I thought I understood my world and mind, I had ignored so much of my heart for so long that it was a mysterious force inside me.

Listening To My Heart
I began to realize that, even when I read the work of Muslim feminists, rather than doing it for myself, I was doing so for the sake of communicating my experiences to non-Muslim, western feminists. As a Bengali and Muslim, when identifying myself as a feminist, I started to feel many feminists were suspiciously over-congratulatory towards me. I even encountered third-wave feminists who, whether informed by colonialism or Islamophobia, viewed me as an object of feminism. Instead of engaging me in feminist dialogue, they seemed satisfied to count me as a tally under feminist achievements. I wondered how many of my feminist friends were really my friends, or if I had also counted them in a sort of tally of assimilation. Having now gone to a diverse college and high school, I wondered if I had dropped out of my first school out of culture shock.

Sometimes it takes awhile to realize the momentum of our experiences. Feminism taught me critical analysis, body awareness and positivity, and set me on the path of social justice. But knowing I had friends I counted on in feminist solidarity yet could not count on to support my faith told me I walked a narrower path than that of the unamended feminist. Further, knowing I had depended on them while growing distant from the Muslim community hinted at how I had compromised my heart. These realizations have fallen into place over the last three years. Now, I try not to be bitter. Instead, slowly, I do the work of pulling myself together and freeing my heart. Slowly, I began to identify as a Muslim feminist.

For me, being a Muslim feminist means to first turn the critical lens inward and take care of my heart. As I continue to read Muslim women's work (Mohja Kahf, Suheir Hammad, Nayyirah Waheed, Saba Mahmoud, Laleh Baktier, Rabia al-Basri, if you're curious), I read them to make myself strong. Not strong relative to other women or relative to men, but strong for myself. I believe there is an objective strength that grows out of truly loving oneself.

In one of Imam Khalid Latif's recent Ramadan Reflections, he says,

"Self-confidence and self-esteem are not the most prevalent characteristics amongst Muslims, especially in comparison to the high level of insecurity that exists as a byproduct of a very black-and-white, legalistic approach to Islam, devoid of any semblance of pastoral care."

As another Ramadan wraps up, the world feels smaller, Muslim communities tighter. However, many Muslim women still lack access to religious leaders who are compassionate and knowledgeable towards their experiences and needs. This lack of access is often due to lack of availability and results not only in low self-confidence on a personal level, but on the level of the Muslim community, becomes a communication barrier because it signals that Muslim women's needs are unimportant. The role of Muslim feminism is to create steadfast kindness, within our hearts and within our communities, towards women. I can tell you that a Muslim feminist's work is no easier than that of assimilating outside our communities, but it is the struggle in which we strengthen our communities and maintain our personal integrity. 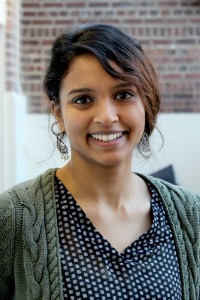 Rubayya Hoque is a recent graduate with an M.S. in Library and Information Science from the University of Illinois at Urbana-Champaign, meaning, yes, she is a librarian. Previously, she studied postcolonial, vernacular, and American literature for her B.A. from St. John's University in Queens, NYC. As a Muslimah, feminist, and nerd, she is an advocate for pluralism, equality, and community. For fun, Rubayya likes drawing, gardening, playing board games and napping.

Coming of Faith brings the voices of Muslim American women to the world through multidimensional storytelling and empowerment initiatives. Support our fundraising initiative here.

Coming of Faith is a media company by diverse millennial women, for the world.