With The Golden Globes, SAG awards and Grammys all being at the end of January, there is something exciting and frustrating about living in Los Angeles during awards season. It is exciting being so close to such massive events, but frustrating sometimes being outside looking in. Luckily for me this year, it's more the former, as I've scored a spot on the press line to the exclusive 3rd Annual Midnight Grammy Brunch from OK! Magazine and Compound Entertainment. 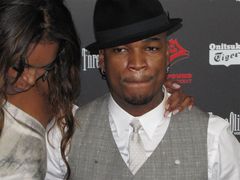 "I didn't do a whole lot musically this year, so this year I'm just a fan," said Grammy Award-winning singer, songwriter and producer Ne-Yo about this year's awards ceremony. As far as Grammy predictions, he added that, "It's definitely the year of the woman: Lady Gaga, Beyonce, Taylor Swift." Speaking of which, he also mentioned that he'd like to collaborate with all three women some time, but that he was rooting for Beyonce to take home a Grammy because "that's family." 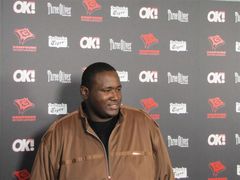 Ne-Yo wasn't the only fan of Beyonce's to walk the red carpet that night/early morning. Quinton Aaron, who played Michael in the acclaimed '09 film The Blind Side, also said that he was most looking forward to Beyonce and Lady Gaga's performance. "I'm a big Beyonce fan, I love her," said the soft-spoken Aaron. 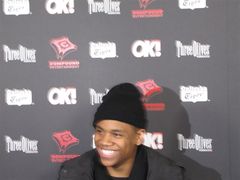 Besides Beyonce Knowles, it seemed most of the musicians and celebs at the party were looking forward to the Michael Jackson tribute at the Grammys, including 90210's Tristan Wilds, who said, "Everyone's talking about it. I'm nervous, I know they are going to pull something crazy out of their hat."

"The tribute to MJ in 3D, I think that's going to be amazing," said Ashanti. The Grammy award-winner wouldn't share her predictions regarding who'd take home the coveted awards this year, just "Good luck, may the best win." 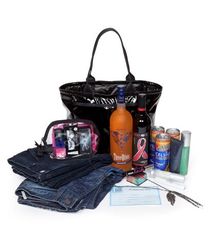 For more photos from the red carpet go to When Tara Met Blog.