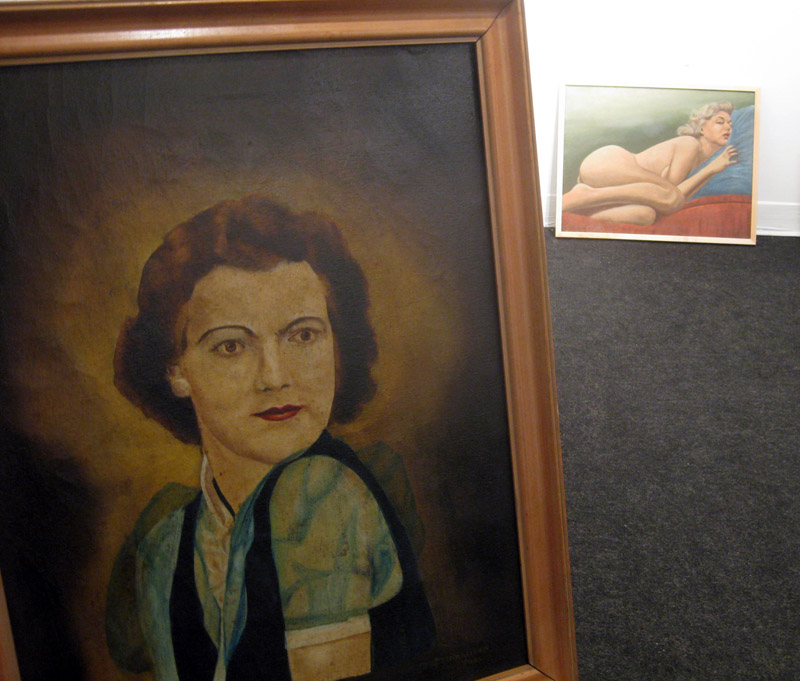 Last weekend, representatives from some three dozen art galleries plied their wares in an unwieldy bazaar occupying an entire floor of 7 West 34th Street, across the street from the Empire State Building. It was the 18th annual Outsider Art Fair.

When we visited on Saturday, we were overwhelmed both by the sheer volume of art -- which hung on every available surface -- and our ignorance. Which was considerable. We didn't really know what outsider art even meant, really. 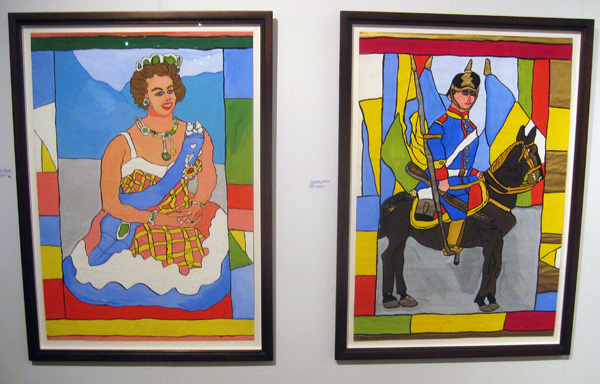 The lede of the Times' review asked "what exactly is an outsider artist?" (We went to the Fair before we read the paper, so when we asked five gallery owners to explain outsider art, most pointed us to Ken Johnson's piece, which had run that morning).

Just as fixed-gear, indie rock aficionados usually balk at being categorized as hipsters, people in the outsider art world eschew the label outsider art. According to Lorri B. Berenberg, who represents the autodidact Holly Farrell:

"I hate the term outsider art. I never use it in any of the publicity for my gallery. My goal is to make [Farrell] mainstream anyway. She is not isolated from the world as many of my artists are. What puts her legitimately at the Outsider Art Fair is the fact that she's self taught -- no academic training in the visual arts." 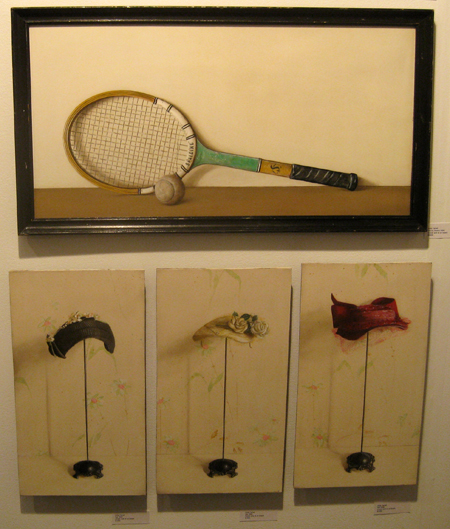 So a working definition of outsider artist might be something like, "An artist who works apart from the art world and the narrative of art history." Other attributes sometimes characteristic of outsider artists are poverty, mental illness, or social status. Martin Ramirez, who's as close to being a celebrity as is possible for an outsider artist, was incarcerated, according to Roger Ricco, who runs Ricco Maresca Gallery. 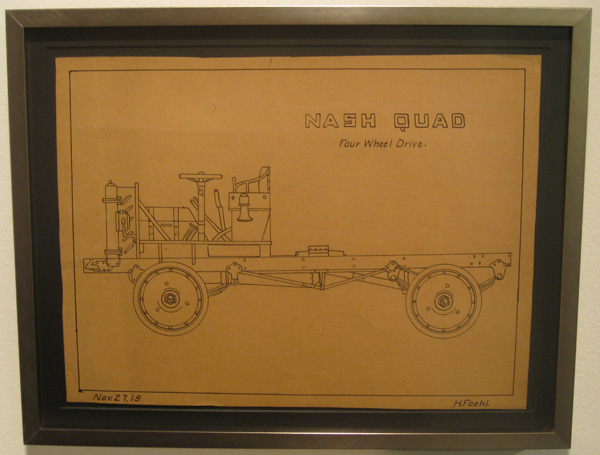 Gallery owner Marrion Harris told us that the main distinction is that outsider art "is not made for commerical purpose. You can be educated but if you're not making it to be sold, you're an outsider artist. Or you can be an uneducated Sunday painter, but if you sell your work, you're not an outsider." 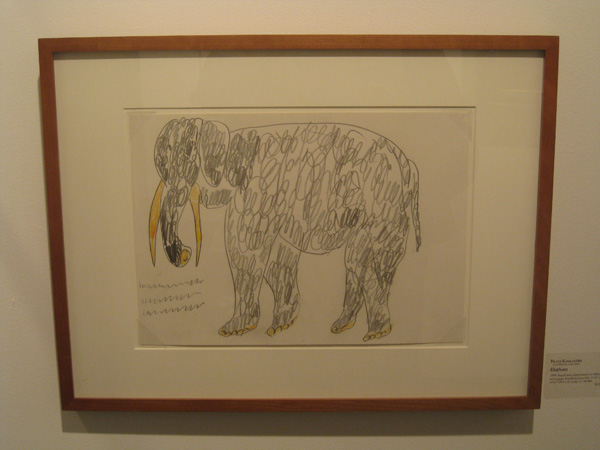 But it's hard to see how an artist whose pictures go for thousands or tens of thousands of dollars at an international art fair in Manhattan is an "outsider." Further complicating matters is the fact that there really is no mainstream of visual arts to operate outside of anymore. As Jane Kallir of the Galerie St. Etienne said:

"We used to have a very distinctive high art tradition -- if you went to school you'd have this cred. Any kind of influence from popular culture -- from mass culture -- was taboo. That was really fractured by Andy Warhol. Today, you have so many artists who draw from comic books or TV or ads that the sort of visual traditions that used to distinguish outsider artists from others doesnt exist any more." 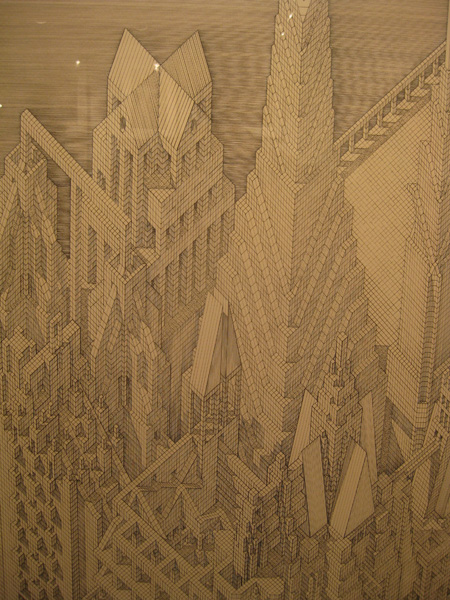 "None of the definitions [of outsider art] stick. Nobody likes any of these definitions. I like to define it as a historical phenomenon playing off the mainstream. But the minute you begin to measure an artist's degree of nutsiness, you're in trouble. Today you'll have people walking through this fair with business cards that say, "Joe Blow--Outsider Artist."

Given that, does Kallir think it's even possible to be an outsider artist anymore? "I haven't the slightest idea." 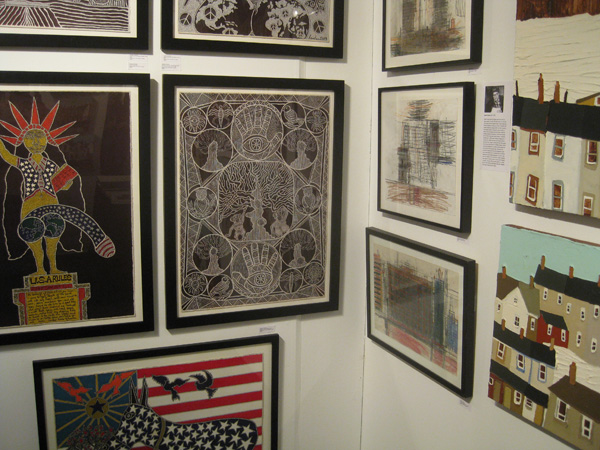 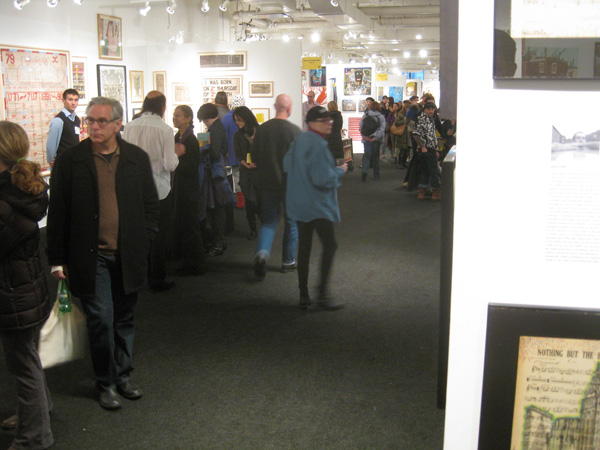