In the global race towards a modern digital government, one unlikely former Soviet republic is showing the rest of us the way forward.

Named 'the most advanced digital society in the world' by specialist tech magazine Wired, Estonia has grabbed attention by offering 'e-residency' to anyone from anywhere, but its transformation of how the state works in the internet age goes far deeper than the headlines. And Estonia is now preparing for another leap forward. Instead of replacing existing services with digital equivalents, it is creating new things only possible in a digitally native country.

The government provided free public wi-fi in most populated areas as early as 2002. It introduced online voting for all elections in 2007, by which time 94% of tax returns were also being filed electronically. Because the Estonian tax office automatically fills in much of the form, the average return takes five minutes to fill out. Everything from prescriptions to court papers to the minutes of Estonia's Cabinet has been made paperless. 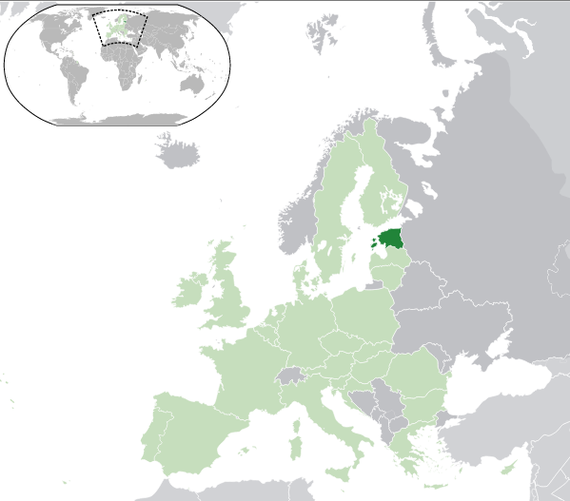 Estonia in dark green with the European Union in light green.

Then 18 months ago the country launched its pioneering e-residency scheme. It allows anyone to become a digital resident of the country, meaning they can very simply register a company in Estonia, open an Estonian bank account and start trading. Because all that paperwork - and filing tax returns - is so much radically simpler than in other countries, Estonia hopes that people will register their companies there and use online services that contribute to the Estonian economy.

Since the project was launched, more than 10,000 people from 127 countries - including Japanese prime minister Shinzo Abe - have applied to join. The first major hurdle - that applicants still needed to visit the country to be fingerprinted - was removed after six months; and the government has now drafted legislation making it possible to open a bank account without visiting a branch, making the whole process remote.

What Estonia wants to do next is of another order entirely. For example, if you go to the doctor, he already has your medical records, but, says Digital Policy Advisor Siim Sikkut, 'We could tie in so much more decision support - genomic information, my whereabouts data from my cellphone - and make the treatment much more effective. We've only scratched the surface in terms of the information we can make available and the analytics we could employ.'

Much can also be automated. At the moment, if you have a child, you can register its name and apply for child benefit online, but the state actually already knows a child has been born, so the next step is to pro-actively ask for a name and start paying benefits without any application. 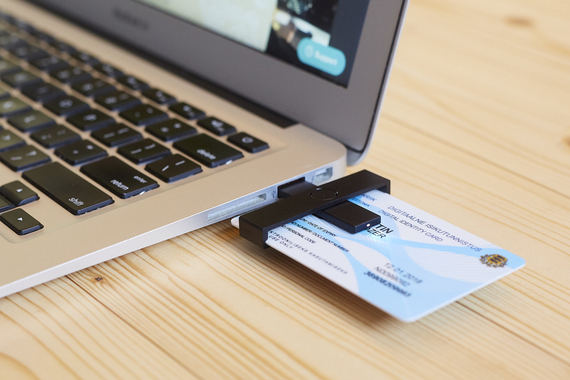 The Estonian digital identity connects via the USB drive.

The most impressive example of that is bound up with the future of e-residency. Starting next year, Estonian companies will be able to automate their taxes and financial reporting. The subsequent step is to link up the Estonian tax office with those of other countries, so that for an e-resident actually living and paying taxes in say, France, it could make sure the French state gets the tax it is due without that person having to do anything at all.

So a French resident with a company trading solely in France might still register it in Estonia, simply because its infrastructure is so much easier to deal with.

Estonia is working on this particularly with its neighbour Finland. Helsinki and Tallinn are only 50 miles apart, albeit separated by the Gulf of Finland, and 60,000 Estonians already commute to the Finnish capital. The two cities are also planning to build the world's longest undersea tunnel to make commuting easier.

So why has this small Baltic state led the way towards digital government? Having no natural resources and a declining population meant that it very quickly embraced comparatively cheap digital means of enticing people to stay and do business in Estonia. It presently allocates around 1% of its spending - $90-100million - for IT, and in addition to creating efficiency savings for companies there it has built infrastructure allowing the development of tech companies like Skype, Transferwise and Pipedrive. 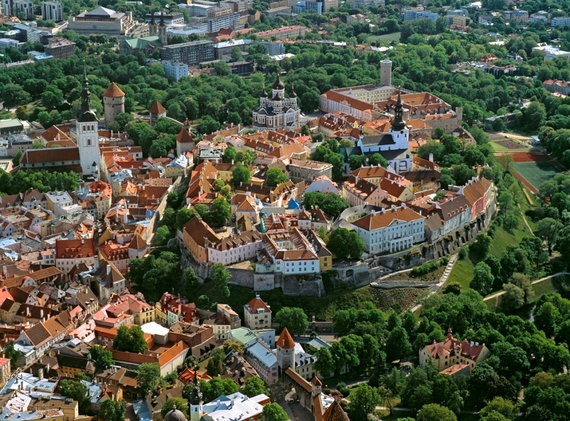 The old town of Tallinn, the Estonian capital.

That is why the state is willing to take on administrative work like filing tax returns. Says Sikkut, 'We see our role as government is to bear these sorts of costs. We are building an infrastructure for companies to run themselves.'

Despite its pioneering work, however, the population has still declined by 15% over the past twenty years, i.e. one in every seven Estonians living there in 1992 has either died or emigrated.

Moreover, the digital revolution has not been without its problems. There are ongoing privacy concerns about the amount of centrally held information, and the state has wrestled with the governance of its IT effort.

Having experimented with a centralised service like the GDS in the UK, and with a highly decentralised approach, which led to duplications, people working at cross-purposes and incremental improvement rather than radical leaps forward, it appointed a government CIO in 2011 and is now trying a model in which departments are responsible for their own IT, but strategy is decided centrally. Despite progress, there remains a high degree of variation in departments' capacity for this sort of work.

Nonetheless, this tiny country of 1.3million people has blazed a trail which many others would do well to follow. As Sikkut puts it, 'Everyone has figured out that people don't want to bother with the government. They want to just have things done. In our case, we have a good shot of actually making it happen. We are able to integrate things much better because of the infrastructure we have and, secondly, we are already building this, not just talking about it.'

You can apply for e-residency of Estonia here and find Siim Sikkut on Twitter here.