What are some favorite McDonald's hacks?: originally appeared on Quora: The best answer to any question. Ask a question, get a great answer. Learn from experts and access insider knowledge. You can follow Quora on Twitter, Facebook, and Google+.

Answer by Chuck Chan, Worked at McDonald's 4.5 years, from Fry Guy to Front Counter to Drive Thru to Grill Floor to Crew Chief to Manager. 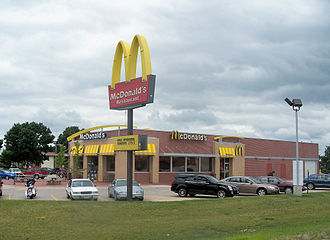 Hmm, I've heard from people that asking for fries with "no salt" will get you fresh fries. Yes, this is true, but also a pain in the ass. The fry person will need to wipe down the station, the fry scoop, and clear the area for the new batch to keep salt from contaminating the new batch. The fry person might not even fill up your container as full due to this fuss. And if any fries fall out of the bag/container, they wont put more in because the rest of the fries may have already been salted.

All you need to do is simply ask for "fresh" fries. The "runner" (person who assembles your order) will just need to be mindful, warn the fry guy, and put your bag to the side while waiting for fries, and the fry person just needs to make a specific size for the runner when the new batch gets done. It won't be much of a problem for anyone, and this won't halt the entire fry production line.

Simply asking for a burger "fresh", they will make a fresh one, they might warn you it might take an extra 5 minutes to cook fresh meat, especially fried foods will take up to 7 minutes. The workers don't mind much because that means they can take their time making your food and not be as rushed. Just don't complain when it's busy, and it takes 10-15 minutes to make your order. But if you ask it, they will make it.

There are some sandwiches on a "secret menu", but I don't really consider them hacks because you're not really saving money, just combining a few sandwiches to something crazy and amazing. The McGangBang is a McChicken within a McDouble, which is a pretty outrageous sandwich for $2.29. The McLand, Air, and Sea is a McDouble (land), McChicken (air), and Fish Filet (sea) all married together into one harmonious behemoth.

You can order a chicken-n-waffles breakfast sandwich by getting a Sausage McGriddle, but with a McChicken patty on it instead (This one will depend on the store, as they don't usually cook chicken patties during breakfast period. Look to see if your local McD's serves the Southern Style Chicken Biscuit sandwich, which would make this possible).

My favorite hack is if you like Big Macs, but don't want to pay the un-Godly price of up to $4-5 for the sandwich, just order a McDouble (but without ketchup/mustard) with Mac Sauce and lettuce instead. It will be the same minus the middle bun. Quite the payoff for $1.29 (they might charge you extra for lettuce). It's the Poor Man's Big Mac. Shoot, you can order 3 and still be under-budget from a solitary Big Mac.

To be honest, I think McDonald's is one of the most accommodating fast food restaurants. If you request things a certain way, they will make it. Enjoy!!