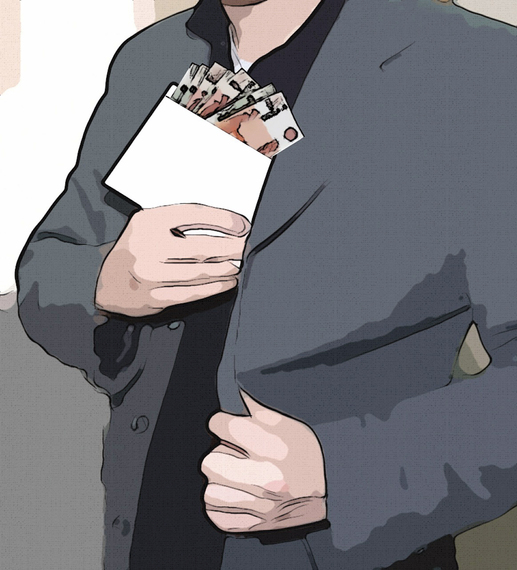 There are lots of ways to get a university degree in the former Soviet Union without working for it.

One is to cheat your way through the degree. Another is to bribe your way through -- pay off professors, deans and even university presidents. Still another is to buy a degree from a company that fakes diplomas. But the lowest-cost option -- in terms of money and energy expended -- is simply to list on your resume that you have a degree that you don't.

Obtaining degrees dishonestly is not only widespread in the former Soviet Union but -- amazingly to Westerners -- those who get caught are almost never penalized. They just shrug their shoulders and continue in the jobs they obtained with their fake credentials.

How can they get away with it? Because, as Russia native Diana Bruk wrote in a commentary in Esquire magazine this month, most people in the former Soviet Union don't care. In fact, they know that someone who gets ahead has gamed the system in all kinds of ways, fake degrees being just one wrinkle.

The commentary by Bruk -- a former teacher -- was in response to an article in Slate magazine this month about a number of Russian big shots obtaining degrees by plagiarizing theses and dissertations to obtain degrees.

Bruk was brutal but honest about the heart of the problem.

While many Westerners decry cheating, she noted, in Russia it is "a national sport and a source of pride, because in a country that is so thoroughly and wantonly corrupt, rigging the game to your advantage is the only skill that really matters."

One of Slate's revelations was that politician Sergei Naryshkin's Ph.D. dissertation was plagiarized, and probably written not by him but by someone he hired.

The organization that outed Naryshkin was Dissernet, whose anonymous members publicize Russian big shots' use of chicanery -- including plagiarism -- to obtain degrees.

The disclosure that a public figure in the West had plagiarized a dissertation, or lied about a degree on a resume, would almost automatically lead to his or her ouster.

All Naryshkin needed to do was deny the allegation. The denial by the former chair of the lower house of Russia's Parliament and former head of President Vladimir Putin's administration came in the form of a question: Why would anyone take a whistleblower's word over that of the academics who signed off on his dissertation?

Dissernet's revelation not only failed to wound Naryshkin, it didn't even scratch him.

A decade ago, a Ukrainian politician was able to shrug off a similar faked-degree disclosure.

When caught, his non-apology apology was that although he had not actually obtained the degree, he had taken enough courses to deserve one.

He remained in the Justice Minister's job despite a lot of cries for his ouster. His political career faltered later -- but not from the faked-degree revelation.

Zvarych weathered the fabrication storm because most Ukrainians viewed it as part of the norm -- the same way that most Russians view the Naryshkin disclosure.

Dissernet's outings have succeeded in prodding Russian educational officials into stripping a few Ph.D. holders of their degrees.

But that has been just for show, a key piece of the evidence being that no big shots have been affected.

Although Dissernet is fighting an uphill battle against public apathy, I admire it for what it is doing.

I also greeted with admiration -- and chuckles -- a group of Armenian high school students' effort to out corrupt teachers in 2009.

The students in the capital of Yerevan put up posters in public places such as bus stops containing photos of 10 teachers whom the posters declared were the worst faculty bribe takers.

In Armenia and the rest of the former Soviet Union, teachers routinely demand bribes to pass a student or to bestow other favors, such as pushing a student's grade up from a B to an A.

The extortionists that students hate the most are the ones who fail all students in a class -- even the brightest and hardest working -- so they can get a bribe from everyone.

In the West, educational officials would commend students who out extortionist teachers.

But Armenia's Education Minister, Spartak Seyranyan, got huffy about the bribe allegations, saying they had yet to be proved.

His reaction was a classic circling of the wagons because corruption in education goes all the way to the top in Armenia and other countries in the former Soviet Union.

The sad lesson in all this is that falsifying degrees on resumes, obtaining degrees through plagiarizing, and other forms of educational corruption are likely to continue in the region.

The reason is that too few people believe they can do anything about it. They see it as just another distasteful fact of life.