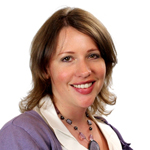 By Stephanie Shapiro
Stephanie is an Associate in Prize Development at the X PRIZE Foundation.

When I joined X PRIZE a few months ago, I was given the task of coordinating the judging process for the 2012 MetaPrize award. This $2,000 award is given to students participating in a semester-long Prize Design course through our X PRIZE Labs, which are designed to engage the next generation of leading thinkers in recognizing areas that are ripe for breakthrough innovation. As a recent grad student and a strong proponent of experiential learning, I was particularly interested in this prize, which gives students a hands-on opportunity to research and design their own prizes.

The winners of the 2012 MetaPrize are Jill Arnow and Jesse Burns, students from the University of Washington's Evans School of Public Affairs. Their H2Energy proposal focuses on low-water aviation biofuels. The goal is to address water, land, and energy constraints by incentivizing the creation of 3rd+ generation aviation biofuels with no impact on food supply and minimal impact on water supply. The prize would incentivize a round-the-world demonstration flight using the winning biofuels. 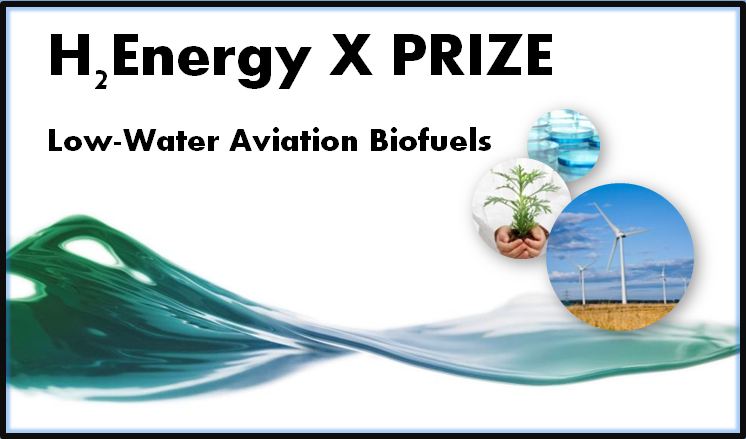 I asked the winners a few questions about their experience with prize design:

X PRIZE: How do you think prizes can solve social and environmental problems?

Jill Arnow: Prizes can incentivize change where market forces are weak. There is little incentive, in our current economic structure, to search for environmental or social fixes. The Wendy Schmidt Oil Cleanup CHALLENGE is a good example where companies had no impetus to improve the technology prior to the prize offering. The work of finding a potential prize area, in a way, starts to clarify areas that are ripe for change or ready for people's creative input.

Jesse Burns: Furthermore, prizes seem to be an effective tool for targeting a specific piece of a larger social or environmental problem. Prizes seem to offer the opportunity to decompose these complex problems into discrete problems that can then serve as the focus for the prize. While the traditional analytical method for public policy typically focuses on creating mathematical models to understand and address social and environmental problems, prizes take a different approach. The process of decomposing problems to create a prize provides a similar, though less intuitive, model of what is causing the problem. Additionally, prizes address behavioral and social variables that traditional mathematical models do not adequately capture.

X PRIZE: What is unique about the prize design process?

JA: Designing a prize feels like thinking sideways -- we're so accustomed to solving problems, it takes a while to re-adjust your thinking to defining a problem and a prize that incentivizes a solution. Once you've defined the problem, then you have to define the boundaries that are grand enough and broad enough to allow more than one or two possible paths to a solution while also being interesting for the participants of the prize. Overall, designing a prize is a very multidisciplinary activity, as it requires using and combining insights from a variety of fields, such as marketing, economics, anthropology and psychology.

X PRIZE: How do prizes encourage people to think differently about problems?

JA: When designing a prize, it's tempting to say there's a big problem and a prize will automatically solve it. Instead, prize design requires finding a way to describe a problem in a solvable package and think about making it intriguing to try to solve that problem.

JB: This is challenging, as it requires not just identifying a problem, but thinking about the barriers to overcoming the problem. Often, the emphasis on prizes seems to focus on making a new product or technology. However, the success of the prize may hinge on less defined variables, such as how quickly will the product diffuse in the market and how quickly new technologies are evolving. Thinking simultaneously about creating a new technology as well as how to diffuse the new technology in the market requires developing a holistic view of what the problem truly is that the prize is addressing.

X PRIZE: What was the most exciting part about your course?

JA: We had some amazing guest speakers from around the University of Washington and the greater Seattle area talking about philanthropy, innovation, water issues (which was the focus of our prize design) and more. The class was also so different from any other course I was taking that it forced thinking out of the box.

JB: As a public policy student, I think seeing how prizes can serve as another tool to address market failures was the most exciting. The tools currently used by policymakers to address market failure, such as rules and regulations, tend to follow a top-down implementation method that values certainty. Prizes, on the other hand, offer a way to reframe a problem in a way that may uncover new insights for policymakers.

X PRIZE: Which of the eight X PRIZE design criteria did you find to be the most challenging to address in your prize concept? (Grand Challenge, Market Failure, Transformative, Measurable, Achievable/Audacious, Marketable, Leverageable, Operable/Fundable)

JA: For our prize, I think measurability was the most challenging aspect. Developing a new metric that incorporated water consumption into fuel efficiency involved understanding what fuel and water metrics are currently being used. Additionally, trying to determine how a new metric might work in practice, make sense to the market, and resonate with consumers was challenging.

X PRIZE: What advice do you have for other students designing prizes?

JA: Have fun, be willing to try many, many ideas before finding something that works, talk to lots and lots of people, and work collaboratively.

JB: Prizes are about problems, so really understanding the problem and not jumping to solutions is critical. A quote attributed to Einstein became more relevant throughout the prize design process: "If I had an hour to save the world, I would spend 59 minutes defining the problem and one minute finding solutions."