Remember that cool Polaroid-like Instagram camera ADR Studio's Antonio De Rosa released on May 5? Well, it seems his concept is on its way to becoming a reality.

As The Huffington Post had reported last week, De Rosa, the Italian designer behind the sleek iPhone 5 mockups released in March, posted his Instagram Socialmatic Camera concept as a project on the money-raising platform Indiegogo in order to create a real-life version of the device. In the five days since then, the project has garnered more than $600.

According to the project's homepage, the $50,000 De Rosa hopes to raise through Indiegogo would enable him to find a partner to "finalize the project." In addition, De Rosa explains that anyone who contributes will receive a "massive discount" on the final price of the camera, which will be less than $350.

The camera concept is modeled after Instagram's icon and features two lenses for easy snapping and editing. In addition, it can connect to WiFi so you can post photos to Facebook right after taking them and even has a built-in printer, just like a Polaroid, so you can share physical photos just as easily.

As of today, those interested in funding the project have until July 1 to submit their contributions through the camera concept's Indiegogo page. According to the site, more than 30 people have already contributed and many more have expressed their interest on the project's comment page; however, a few are hesitant to contribute because of copyright issues. As one user, Jan, wrote in a comment: "While this is a good idea, it does not appear that you have any right to use the Instagram artwork, which is the foundation for this idea. Facebook is probably cool enough not to sue you but will at some point probably terminate this projects [sic]. What do you say about that issue?"

Thankfully, as De Rosa explained in an email to The Huffington Post, all who submitted contributions to the project will be refunded should the Instagram Socialmatic Camera concept never leave the ground, though De Rosa is hoping it will.

"I think [this] is the first time you can merge social network power, social photography and communication," wrote De Rosa to The Huffington Post. "It's a combination of various dynamics, starting from the post-it to land on photo sharing...I'll [sic] buy this because there are [sic] no camera on the market [that will] allow us to bring social network power in the real life."

Watch the video above and flip through the slideshow below to check out De Rosa's concept, and then let us know: What do you think of De Rosa's Instagram Socialmatic Camera? Do you think it's worth $350? Share your thoughts with us in the comments! 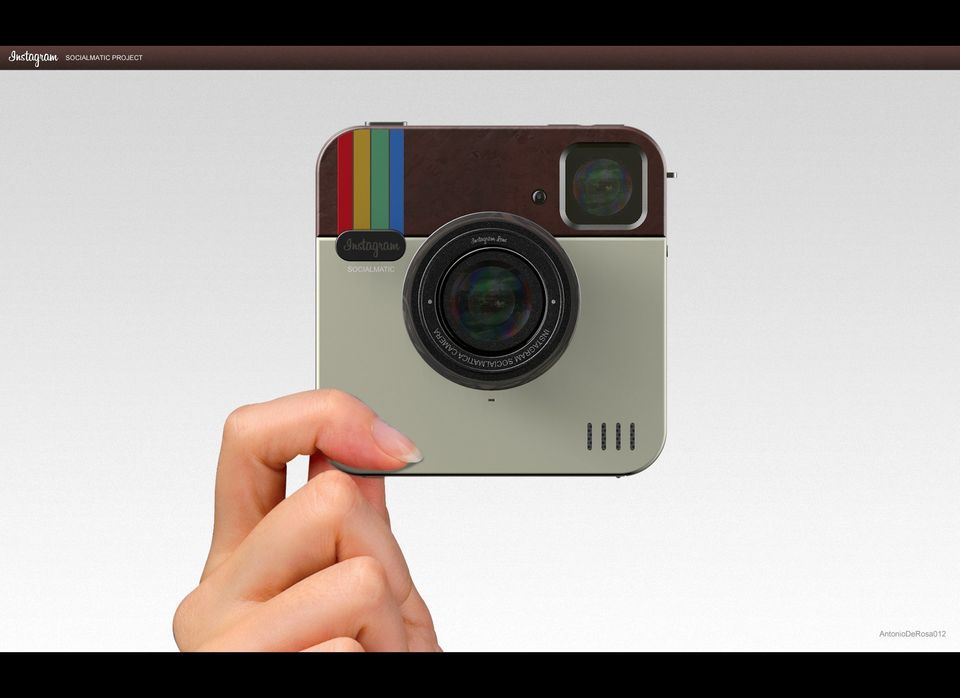