Instagram doesn't just want your lovely sepia photo of a sunset. It wants to know where you took it, too.

In a bid to capture more location data from its users, the latest version of Instagram's photo-sharing app has introduced a new feature called Photo Maps, a kind of digital photo album organized according to where in the world snapshots were taken.

"The vision is to make geo-data more prevalent and have users produce more of this data," said Instagram CEO Kevin Systrom, whose company Facebook agreed to purchase for $1 billion. "We want 90 percent of photos to be geo-tagged because we can do more powerful things with that data."

The chronological feed of photos shown on Instagram users' profiles will be supplemented with an interactive map, a.k.a. the Photo Map, that highlights where each image was taken, right down to a specific neighborhood or even venue, if a user has chosen to geo-tag his or her picture. Any previously uploaded pictures that were tagged with location information can be added to this "geographic" album.

Photo Maps offers a little something for everyone. Instagrammers who post location information with their snapshots are rewarded with a more beautiful and orderly way of organizing their images. Though Instagram has always allowed users to geo-tag photos, with Photo Maps, the app has finally given them an incentive to do so.

Instagram in turn gets to learn more about the people using its service, and amass valuable location data it could harness to provide services to third-party companies, from advertisers to media organizations seeking photos from a particular place. Already, Instagram can use location data to see hotspots of activity around the world and detect major events based on spikes in photo uploads from a specific region, Systrom noted. And unlike other check-in services, Instagram has the ability to match location data with images. While Foursquare lets users tell the world where they are, with Instagram they can broadcast where they are, what they're doing there and what it looks like. Foursquare should be especially wary as Instagram's most recent release lets users identify the specific place -- "Central Park," "Cafe Clun" -- the photo was shot.

"We want to make a concerted bet on the fact that geographic data and maps are the biggest things that will happen to Instagram in the next few years," Systrom said. "We want to allow you to tune into anything in the world. We can only do that if we know where photos were taken."

The new tool also marks a leap into the past by a company known for sharing photos in the present. Instagram's real-time feed of photos isn't going away. But it will be supplemented by a more static interface where past activity resides. By moving beyond a feed to create photo-based profiles for its users, Instagram is expanding from the moment business into the memory business.

"It's a totally different mode of browsing. It's no longer just 'what's happening right now in all these peoples' lives?' but, 'I'm interested in this person, let me understand their photos in a new way and see them through where they are in the world,'" Systrom said. "You can explore and get a different sense of what this person is about."

Instagram 3.0 includes updates to the photo upload tool (a bigger box for captions); the grid of photos shown on location pages, profiles and hashtag pages (images will be bigger and will load more automatically as a user scrolls down); and the all-around speediness of the app.

Check out screenshots of the latest release below. 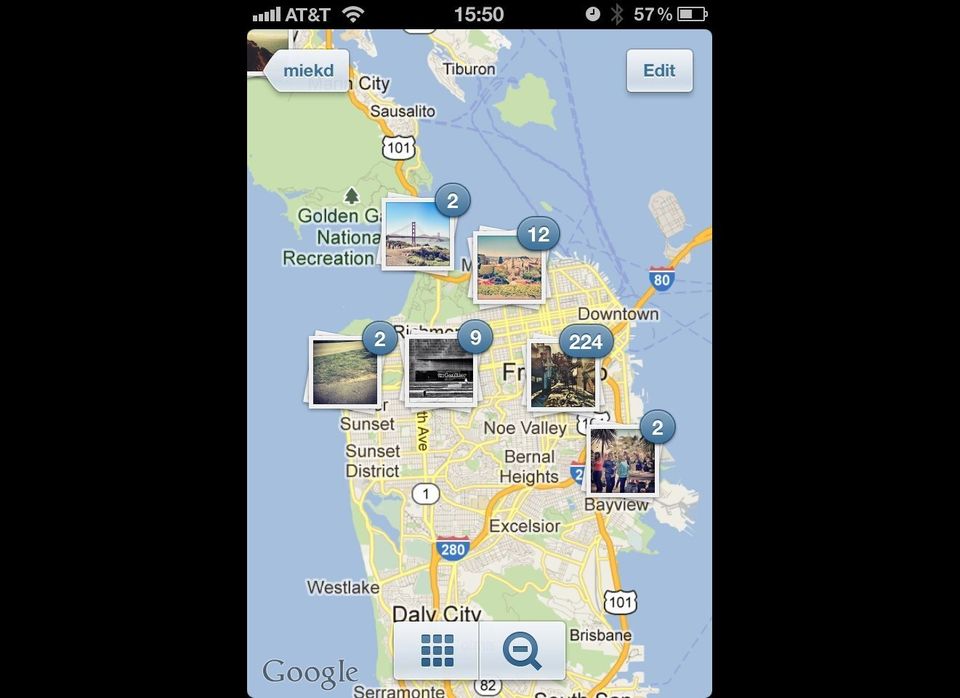