Like most people, Emily Reid started using Instagram on a lark. She'd taken a picture of the view from her friends' rooftop, decided it looked pretty cool, and then posted it on the social photo-sharing website so her friends could see. That was her first Instagram photo. Within months, she'd posted hundreds more. And they weren't just pretty views and sunsets and plates of food you're about to eat (all Instagram standards). Instead, Reid had decided to concentrate on complex renderings of buildings and infrastructure in her Washington, D.C. neighborhood.

Using and developing hashtags like #mobilearchitecture, #abstracture and #Wickedflip, Reid has met a whole community of followers and like-minded friends, allowing her to share her work with thousands of people around the world. On Monday, she posted a photo of a D.C. building in front of a distorted blue sky at 8:00 p.m. -- she edits her photos, sometimes for hours apiece, using a variety of iPhone apps -- and by 8:30 p.m. it had collected more than 200 likes and a stream of comments.

"I became very, very quickly addicted," says Reid, who works primarily as a web designer. "It's a fascinating phenomenon, unlike anything. Something like Twitter -- that's a community, but its not such a happy community, where people are all sharing their art and talking about it, like [Instagram]."

Thousands of people like Reid have used Instagram to meet other photographers experimenting with the medium, and even selling their photos on sites like Instaprints. Reid's own "DCEmmy" Instagram account now has almost 5500 followers, and she has exhibited her work in mobile photography shows across the country.

But some visual-art purists are decrying the Instagram phenomenon, which in a scant two and a half years has become one of the most popular social networking sites on the web -- so popular that The Zuckerberg himself recently snatched up the site for a cool ten figures. The site's detractors lament the ease with which people can call themselves "photographers" these days, simply by posting photos online using one of the platform's many filters.

Chris Ziegler of The Verge recently derided the site for promoting what he calls "damaged" photos.

"Instagram and its various analogues have created a legion of smartphone users who are quite literally uploading billions of damaged images into the public record," he wrote. "Because when you apply a parlor trick filter to your photo, you're not enhancing it, you're destroying it. You're robbing it of its realness, its nuance, and replacing it with garbage that serves no function other than to aggrandize your own false sense of artisanship."

In his review of a new photography exhibit at the Barbican in London, art critic Michael Glover wrote, "Photography has become so thoroughly prostituted as a means of visual exchange, available to all or none for every purpose under the sun (or none worthy of the name), that it is easy to forget that until recently one of the most important consequences of fearless photographic practice was to tell the truth about power."

Indeed, some of the world's most iconic images have embodied that very fearlessness, the willingness of photographers to go where nobody else will, to define a movement or a period with one image, beautifully shot. Truthful in its starkness.

But Instagram doesn't claim such lofty aspirations. Its highest principle is community. You can choose to use the service to celebrate the artistry of your photos, but that's only one way to go. There are millions of people on Instagram showing their pets, their vacations, their meals, and yes, also their yachts and oversized champagne bottles.

It's also a way for professional photographers to try out more off-the-cuff pieces. Peter Essick, a veteran photographer who primarily works for National Geographic, often uses the @natgeo Instagram page to showcase his work on assignment.

"I look at Instagram as another medium to use as a photographer," he said. "I use it mostly without the filters and it has been a good way to reach people."

Asked whether Instagram has compromised the integrity of photography in general, he dismissed the question itself. "A better question would be, has Instagram helped photographers reach more people with their work?"

There is an "art" to iPhone photography, whether or not it's one you appreciate, and there's even a term for it: iPhotography. For photographers who like candid street shots, Reid says, it's a lot easier to approach some people with a mobile phone, rather than getting "up close with your DSLR."

Reid recently joined a photographer's collective in D.C., with members who practice all forms of photography, and they're planning public shows that will include digital, film and Instagram images, all in one. She said a friend of hers in the collective recently tried to convert her to "pure" photography -- only film, developed in a dark room.

"He said that maybe I'd 'see the light' and come around to his side," Reid recalled. "I guess I don't feel the need for a distinction between them. They're just two different ways of doing things."

What do you think, readers? Is Instagram destroying the art of photography, or widening it? 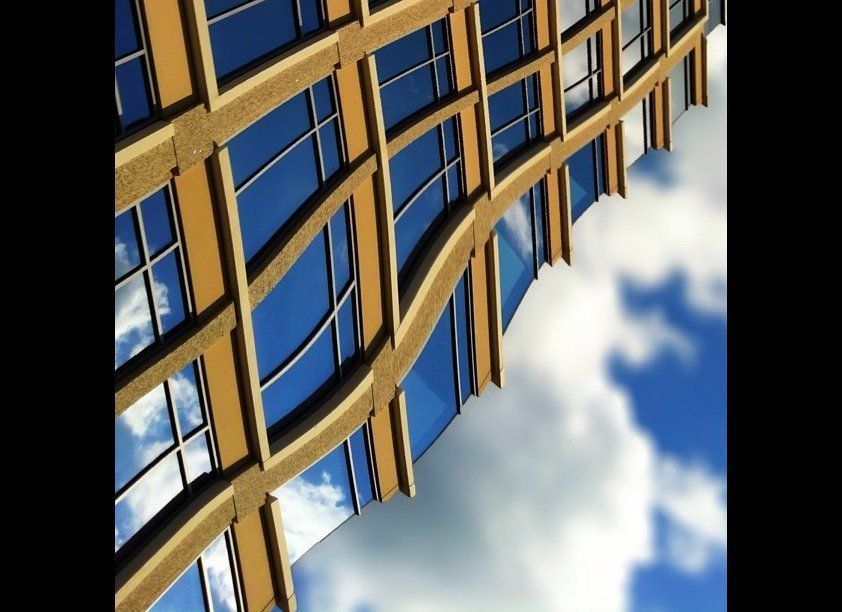