About three weeks ago, the photo-sharing platform disabled the account of the Australian online magazine Sticks and Stones after the company posted an image of two women in bathing suits sporting full-bush pubic hair. (Scroll down to see the photo.) On Jan. 21, after receiving criticism from media outlets and Instagram users, Instagram told The Huffington Post they "made a mistake" and have reactivated Sticks and Stones' account.

Below is the photo that Instagram had initially removed in all its nether-hair glory. While the image shows a bit of pubic hair and perhaps the shadow of a nipple, it's far from obscene: 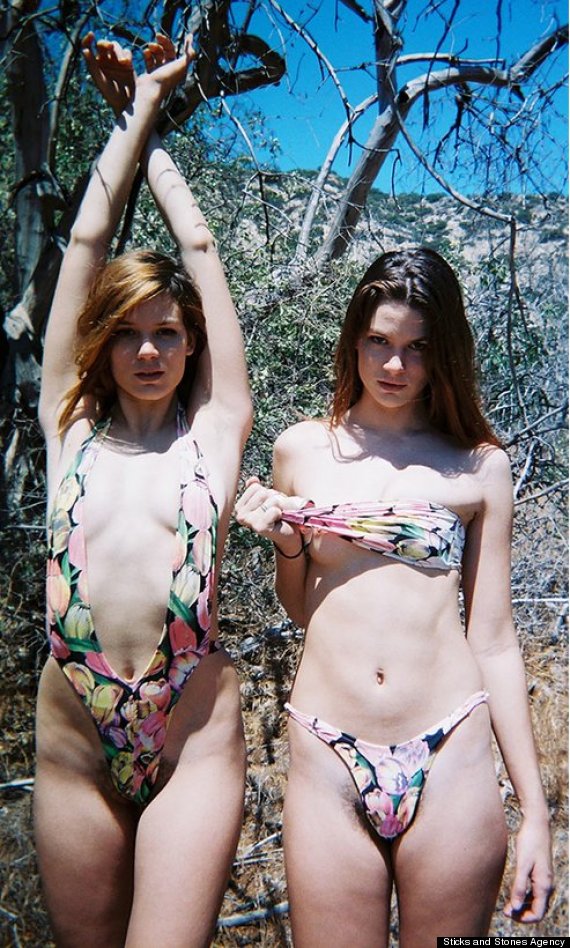 "We try hard to find a good balance between allowing people to express themselves creatively and having policies in place to maintain a comfortable experience for our global and culturally diverse community," an Instagram spokesperson said. "This is one reason why our guidelines put limitations on nudity, but we recognize that we don’t always get it right. In this case, we made a mistake and have since restored the account."

"From what I can gather I do feel as though men can get away with a lot more in terms of what Instagram deems to be of a sexual nature," Sticks and Stones director Ainsley Hutchence told The Huffington Post.

Jessica Lewis, the model who originally found the photo, pointed out to Mic that Instagram doesn't seem to censor men's pubic hair, citing a recent Justin Bieber photo shoot as an example.

"Why is it inappropriate for women to show natural REAL pubic hair in images when we have Justin Bieber having his photoshopped in for his most current Calvin Klein campaign with Lara Stone?" Lewis told Mic. "If a male can be enhanced in post to look more masculine by way of pubic hair, why can't a woman feel accepted in society to be feminine in showing hers?"

#FreeTheBush, #FreeTheNipple, hell, #FreeFemaleBodies. And it looks as though Instagram is beginning to agree.