Writer and activist Rachel Cargle shared a post on Instagram earlier this week to create space for women of color to react to the recent death of Nia Wilson, the 18-year-old black woman from Oakland, California, who was attacked and killed while waiting on a train platform. The social media platform removed it from her account, citing their guidelines on hate speech as the reason.

Cargle’s post, which has since been reinstated on the platform, can be seen below. Its caption reads, in part: “The space under the post (commented, replies) is exclusively for women of color. Exclusively. No white women, no men.”

Cargle wrote that “hundreds of comments of black women” came flooding in to the post, where they were “being seen and heard by their peers, being loved and cared for by their sisters, being consoled and loved exactly as they needed it.”

As seen in a follow-up post by Cargle, Instagram removed the initial posting, citing its community guidelines on “hate speech or symbols.”

“Instagram has a heavy track record of taking down posts by people of color in order to maintain the comfort and satisfaction of their white community,” Cargle told HuffPost via email.

“When black people report posts we get no where near the type of quick and efficient responses, in fact we are often turned away saying that our concerns are not valid when we bring racist, problematic posts to their attention,” she added.

Repeatedly, social media platforms ignore calls to remove hate speech in the form of misogyny, white supremacy, death threats and more, yet a community borne out of grief is the one that is taken down.

The removal of Cargle’s post shows just how difficult it is for women of color to simply gather and share their experiences — a part of coping with daily prejudice and violence they are statistically more likely to face compared to white women or men.

Cargle says that “this is not a solitary incident,” either.

“It happens every day where black women use our voice to speak on injustice, to express our experiences, to voice our concerns, or even just to state how we feel,” she said. “Time and time again, white women decide that they don’t like hear about or coming to terms with the ways they are harming black women and instead of step up on solidarity they silence us, resting in their supremacy.”

Cargle, who has roughly 48,500 followers on Instagram, explained in her follow-up post why she created the initial one in the first place. “I created a post that was labeled as a safe space for black and brown women to come together to grieve and process what is happening. What Nias murder meant to us all,” she wrote.

The post was reinstated on the platform Thursday. Cargle said Instagram did not offer a reason why it was taken down in the first place.

The replies, seen below in screenshots Cargle shared on Instagram, are emotional and contemplative, with many Instagram users thanking Cargle for giving them the space to grieve Wilson’s death together.

Wilson was fatally stabbed while waiting on a platform at a Bay Area Rapid Transit station on Sunday night. Her older sister, Latifah Wilson, 26, was also stabbed, but survived the attack. John Lee Cowell, 27, was arrested shortly after the attack and charged with murder and attempted murder on Wednesday.

The teenager has been represented in the media as another black female victim who isn’t wholly “innocent.”

One TV station shared an image of the late Wilson holding what appears to be a gun, with no explanation as to why or whether it’s actually a gun she’s holding. The “gun” was later discovered to be a cellphone case.

On this, Cargle said that “the media is doing what they do every time the life of a black person is tragically killed.”

“They either ignore the incident or they criminalize the person who was murdered,” she said. “The mainstream media is designed to uphold the things this country was built on and that includes the belief that black people, black bodies, black livelihoods are inferior and therefore not worthy of upholding to dignity.”

It can be argued that if Wilson was a young, attractive white women from a middle- or upper-class household, her death would receive far more attention. While that sounds like a hyperbole, it’s actually got a name: The late PBS reporter Gwen Iffil once referred to it as the “missing white woman syndrome.”

White people are frequently seen as victims in the media ― it’s why white shooters are given soft monickers like “mentally ill”― when people of color are commonly represented as criminals in the media.

Cargle said that what Instagram’s actions are “violence.”

“It’s the same silencing and policing we saw with BBQ Becky and Permit Patty except instead of individuals, it’s a whole system,” she said. “This is not OK. They must be held accountable.”

“We worked to rectify the mistake as soon as we were notified and have taken steps to prevent this from happening in the future. Our Community Operations team reviews millions of reports a week and, occasionally, we make mistakes and remove content we shouldn’t have,” the spokesperson said.

“The context of content is not always apparent to reviewers, which was the case with the piece of content.”

This piece has been updated to include a statement from Instagram. 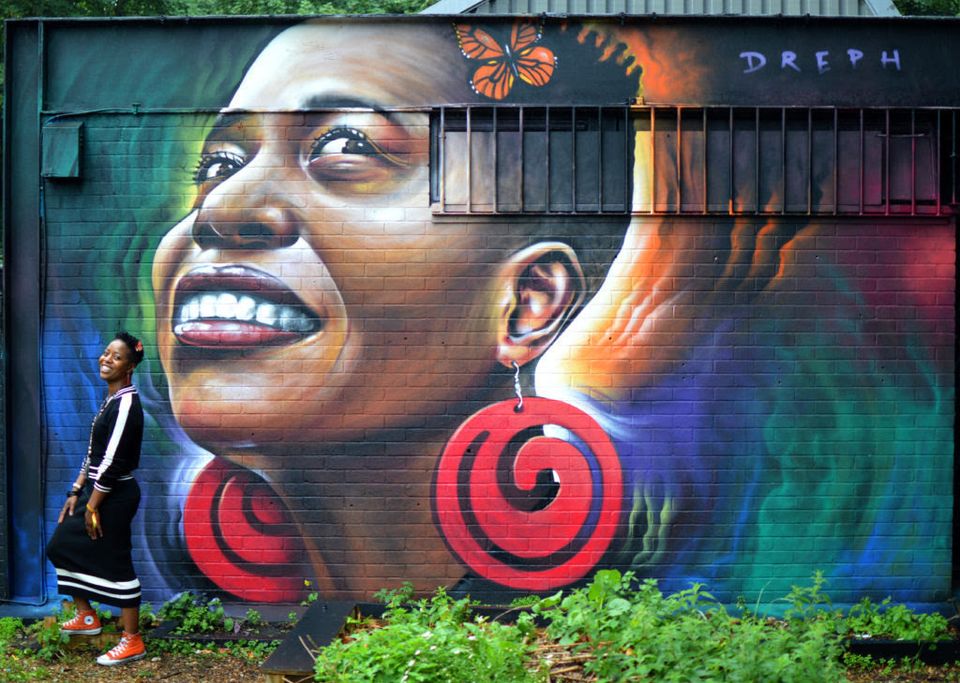