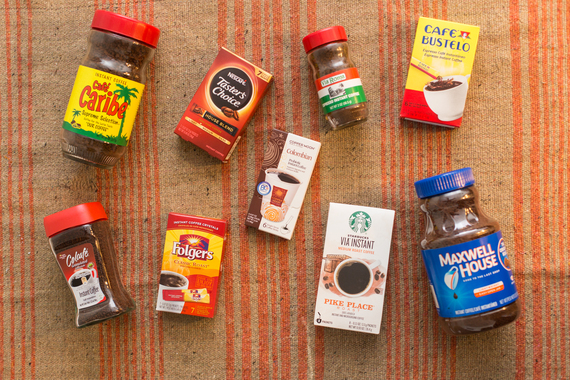 K-Cups' world-ruining popularity has overshadowed instant coffee, but back before pods, soluble coffee grounds were the go-to method for drinkers with a need for speed. But the stuff still has its fans, even if it's no longer in style.

To find out the best in class, we enlisted champion barista and founder of Austin, TX's Fleet Coffee, Lorenzo Perkins, to help blindly taste eight brands: Cafe Bustelo, Colcafe, Cafe Caribe, Folgers, Maxwell House, Nescafé, Via Roma, and Copper Moon. Instant coffee is a different beast than its brewed counterparts, and although some of these were a little offensive, the best of the batch will satisfy most non-discerning drinkers.

More: Foods & Drinks That Energize You Just as Much as Caffeine 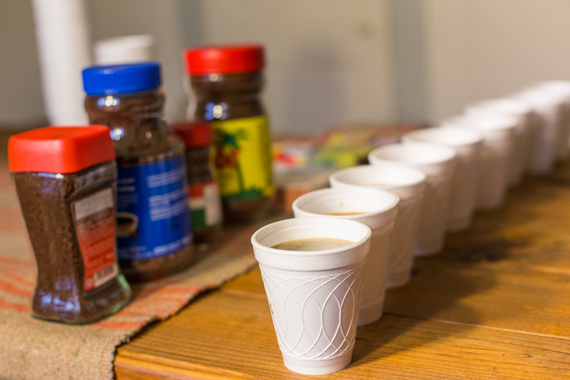 Honorable mention: Starbucks
We debated whether to include darker and thicker Starbucks because it was too much of an outlier to rank. But before you call us snobs, Lorenzo couldn't guess that it was Starbucks. He remarked that it tasted like a "get-shit-done coffee," the type a lumberjack drinks before felling a redwood. Once the coffee's identity was revealed, it made sense to Lorenzo. He actually knows several coffee bean sourcers that bring packets of Starbucks instant on trips to farms to fuel 5am wake-ups and treks through Nicaraguan mountains in search of the rarest beans.

If you want to put hair on your chest, Starbucks is the move, but it doesn't make sense to compare the flavor to the others on this list. It's not necessarily better or worse, just completely different. 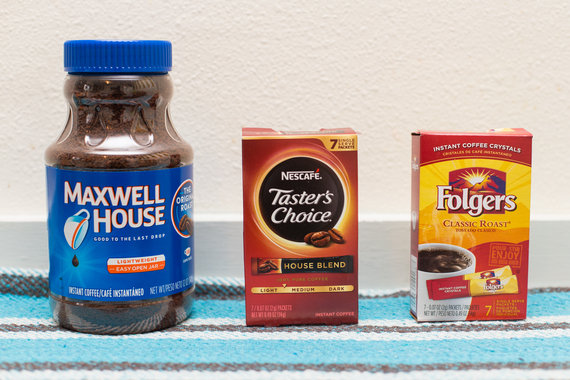 8. Nescafé Taster's Choice
Aroma: Indistinct, vague coffee smell
Taste: On first taste the coffee was woody, with heavy notes of cedar and Christmasy spices. It was like coffee you'd drink while getting your oil changed. Over time the woodiness was replaced with bitterness.

7. Maxwell House
Aroma: Sweet'N Low
Taste: In the same way that artificial sweetener can invoke a mouth-puckering reaction, Maxwell House had a physical affect on Lorenzo. Once his face reset, he tasted predominantly peanut shell and wet paper.

5. Via Roma
Aroma: Wet paper
Taste: Despite being the only coffee labeled as espresso, this was one of the wateriest flavors. The one predominant taste was the miniature marshmallows found in hot chocolate packets.

To find out how the top 4 coffees stacked up, get the full story at Thrillist.com!