On a bright warm afternoon in late April, my appointment as Fulbright Specialist at Budapest's University of Jewish Studies was formally inaugurated. A distinguished group of ten scholars gathered to hear my lecture on "Emerging Philanthropy, and Independent Third Sector, and Civil Nonprofit Organizations." My argument? Hungary's civil society has largely failed to assert itself against the power of government during its 25-year experiment with democracy following the political changes of 1989. 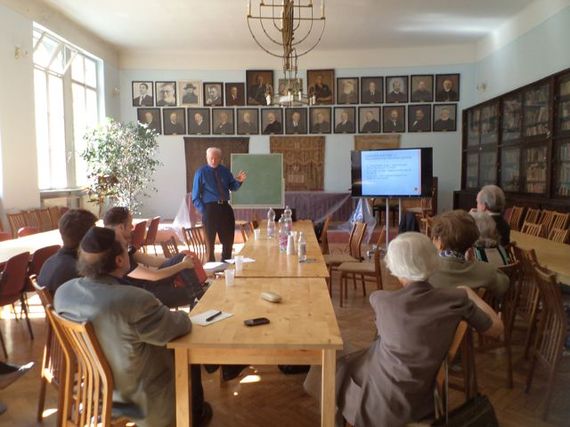 Auden once noted the academic tendency to lecture on navigation while the ship is sinking, and one could not help but observe that, while this group serenely contemplated the rather depressed state of Hungarian civil society, in the halls and streets outside the lecture room significant events were underway. And in some of those stirrings, one might discern positive signs that a truly independent citizen force is forming in Budapest's imperiled public space.

Throughout the past months, Hungary's powerful ruling party, Fidesz, was not only overwhelmingly re-elected to four more years in power, but it also carried on an increasingly bitter disagreement with important forces within Budapest's Jewish community. The major representative organization of that community, Mazsihisz, had, over this period, taken an unprecedentedly independent stance toward the ruling party and its prime minister, Victor Orban.

Mazsihisz publicly objected to major appointments to several state-initiated projects marking the 70th anniversary of the German Nazi occupation of Budapest, and the drastic increase in the level of Holocaust atrocity this occupation provoked in Hungary. Most visibly, this lead Jewish organization took a public role in opposing the construction of a highly controversial and rather ill-conceived statue proposed by the government to mark this anniversary. In an unprecedented fashion, Mazsihisz rejected the offer of state funding to support several community-based remembrance activities of the 1944 events. In a country long accustomed to dependence on governmental funding of religious organizations, this partial rejection of financial support from the government was important news indeed.

As we met that afternoon in the quiet lecture hall, the construction site of the statue remained under close political surveillance, as it had for weeks. Just the day before, police had removed 23 protestors, including several prominent civil society leaders and activists. Day by day, protestors had begun to create a "living monument" on the square, itself the location of the American Embassy, a venerable monument to the Soviet Union, and an iconic statue of Ronald Reagan. Visitors began to bring mementos of the Hungarian past and assemble them around the construction site. Vivid documentation of the changing scene is being provided by activist photographer Gabriella Csoszo.

Meanwhile, in the halls of the Jewish University, conversations centered upon the sudden resignation of a senior professor who had recently accepted a contract with a new state-funded institute, directly entering him into conflict with Mazsihisz. As the May Day holiday, in these modern times marking a celebration of labor's contribution to Hungary, began its four-day cycle, news headlines greeted readers announcing that the professor would withdraw from his administrative roles at the University.

70 years ago, the ornate lecture room had served a very different purpose. Entering German forces, long allied with the Hungarian government, had selected the stately urban building of the University of Jewish Studies as a principal location for the sorting and processing of Jews to be shipped to concentration camps. Never ones to bypass cruel humor, Eichmann and his cohort entered those halls, removed the stars of David, and replaced them with their own crosses. Such humiliations, and the unspeakable murders they soon commissioned were to be represented in 2014 by a piece of public art depicting Hungary as the fallen archangel Gabriel, surmounted by a German eagle. Hungary, the statue's design seemed to indicate, was an innocent, brutally attacked by an invasion of German forces, and not a willing ally that had already been deporting thousands of Jews to camps in Ukraine and other eastern lands as well as conscripting able-bodied Jewish men into forced labor in support of the Hungarian army. 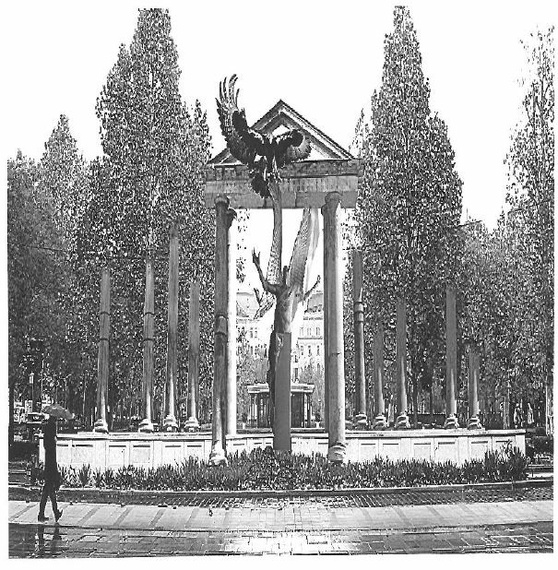 This blog, to be extended in the days to come, will trace the conflict between powerful political, religious, and associational forces in Hungary that surround the marking of the 70th anniversary of the German/Nazi occupation and the associated intensification of the Holocaust within its borders. This contemporary conflict transpires in a time of ongoing tension between the Hungarian majority population and its government, on the one hand, and a set of community-based Jewish as well as oppositional forces, on the other.

Future posts will treat subjects like the following: Contesting the Historical Past, The Political Uses of Anti-Semitism, Church and State in Hungary, Art and the Ownership of Memory, Academic Freedom and Followership, The Uses of Philanthropy, The Mosaic of Conflict in Contemporary Hungary.