Full disclosure - I love dogs. I have always felt a special connection to dogs and "dog people". There are few things that make me happier than talking to people about their dogs but I will admit, I am particularly enthusiastic when meeting people who have adopted large dogs from a shelter. I think it is because I have always rooted for the underdog and find a kinship with people who feel the same way. 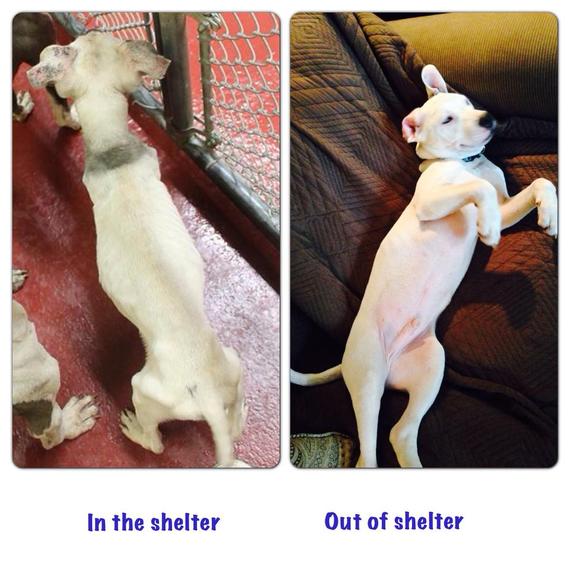 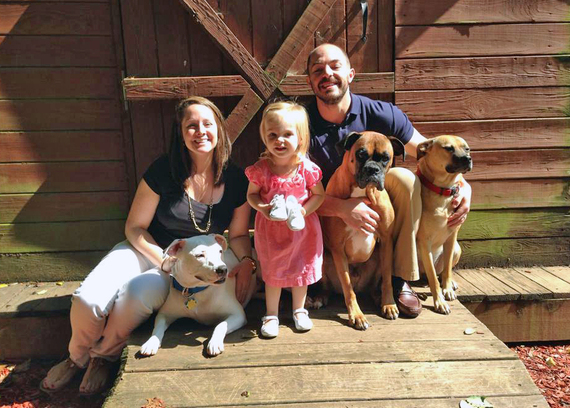 State Farm Agent Lindsay Mullen in Atlanta, GA adopted her pit bull Toby from Fulton County Animal Services. Toby was found tied up with a chain in a backyard before being adopted by Lindsay and her family.

I work for an insurance company and as a result, I frequently talk to people who own or have adopted a dog and had problems getting homeowners or renters insurance because of the breed of dog they own. Many of them share stories like that of Chris and Zach Olson. Since June they have been fostering a dog named Venus through Ruff Start Rescue in Minnesota. Venus is the quintessential underdog because she is a pit bull with health problems who arrived at the rescue. That didn't matter to Chris and Zach and they applied to adopt Venus just over a week after they began fostering her. When Chris called her homeowners insurance carrier to share the good news, the response was not unusual. 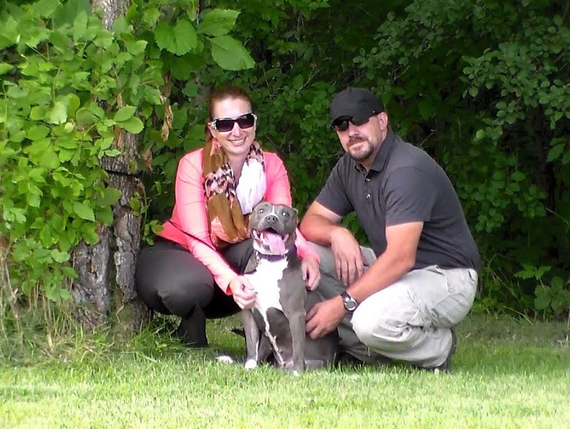 "My insurance company said they couldn't provide coverage because I had a pit bull." said Olson. "I panicked, I was on the verge of tears because my husband and I had already fallen in love with Venus. She is a good dog who hadn't done anything wrong so why was she already being treated like a bad dog?"

Dogs are a product of their environment. Just like people, every dog has an individual personality and temperament formed by their unique history and experiences. A dog's breed isn't a consistent indicator of how a dog is going to behave just as the physical appearance of a dog is not an indicator for how they are going to interact with people.

As dog owners, we are responsible for the health and safety of our pets. We need to make every effort to set up our dogs for success by avoiding situations where they feel the need to protect themselves. Unfortunately not every dog owner acts in a safe and responsible manner and as a result, people can be injured. It doesn't matter if it is a poodle or a pit bull, any breed of dog can bite or cause injury, and any breed of dog can make a great family pet.

I mentioned that I work for an insurance company; at State Farm, risk is determined by the dog's bite history rather than breed. As a member of the National Dog Bite Prevention Coalition, we focus on educating people about how to understand a dogs' body language as one way to prevent dog bites. We educate young children and their parents about the importance of being a responsible pet parent through Kindness is Powerful events with internationally renowned dog trainer Victoria Stilwell. We sponsor A Super Smiley Adventure with Megan Blake on Pet Life Radio and share uplifting stories about the human-animal bond through our Canine Assist Team. Most important of all, we understand that dogs are a member of the family. 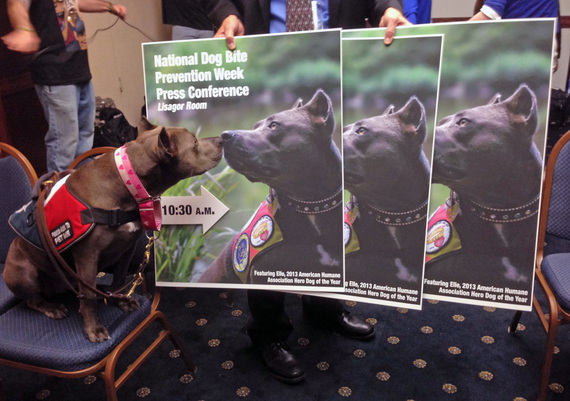 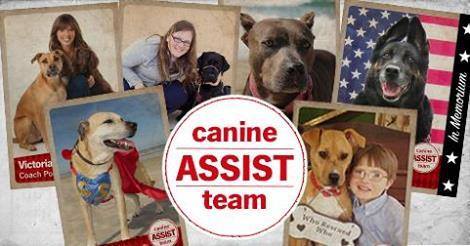 All dogs have the potential to be great. It just takes a responsible owner and a loving home to transform that underdog into a wonder dog. In fact, Venus is well on her way to being a positive force in her community. Venus recently underwent reconstructive surgery on her left leg and is waiting for surgery on her right leg at this time. Once Venus is healthy, she can be officially adopted but Chris already sees the potential for Venus. "I have plans to get Venus through the courses to become a therapy dog after she finishes her surgeries and then bring her to presentations that Ruff Start Rescue Kid's Education Committee has." And don't worry. The Olson's were able to get homeowners insurance. Can you guess by who? 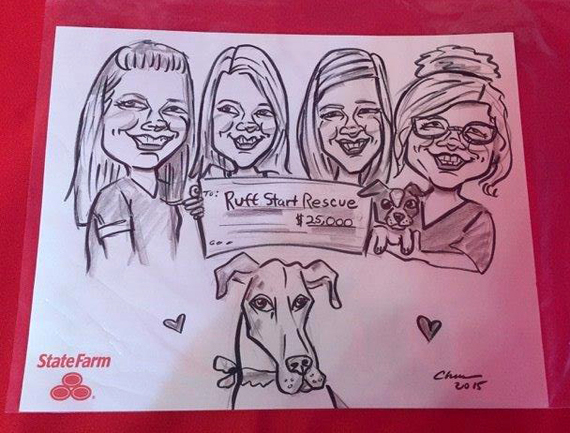