When Lindsay Van Driel looked around at her colleagues over four years ago at Intel's office in Hillsboro, Oregon, she saw a group of stressed, tired workers who spent long hours at the office trying to manage a never-ending cycle of project deadlines, calendar alerts and overstuffed email inboxes.

Not a great way to foster creativity and inspire breakthrough ideas, she thought. "There's an incredible amount of pressure to innovate," said Van Driel, now a business operations manager at Intel.

Outside the office, Van Driel was devoting her evenings and weekends to becoming a certified yoga and meditation instructor. She wondered if these practices, which were so crucial in helping her to unwind and gain perspective on her life, could be incorporated into the workplace.

So in 2010, Van Driel started an informal meditation lunch group at the office. She and about 10 coworkers would meet, stretch and meditate for 45 minutes before getting back to work. As more of her colleagues sought to join the group, Van Driel made a case to her bosses to formalize the program. They were initially "skeptical," she said, but placated her by allowing her to run the program on the side as long as she kept up with her work. 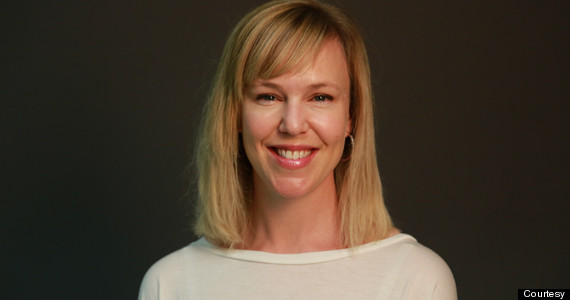 Lindsay Van Driel, 39, is the founder of Intel's Awake@Intel program.

Today, that informal group has morphed into a global program at Intel called Awake@Intel. Workers take a nine-week course and learn how to step back from their engineering work and focus on the big picture through meditation and mindfulness (a practice that involves quieting the mind to encourage presence and awareness). Launched in 2012, Awake@Intel is now available four of Intel's 52 U.S. offices. And it has been so successful that it's expanding globally to Intel's India headquarters.

Founded in 1968, Intel is following on the heels of other tech companies, like Google and Apple, which have learned that mindfulness programs can help inspire workers. In Silicon Valley, where the pressure to innovate is particularly strong, these programs counterintuitively encourage workers to slow down.

Google specifically targets emotional intelligence as well as meditation in its free, three-part program spearheaded by Chade Meng-Tan, a software engineer and motivator at the company. Van Driel took courses at the Search Inside Yourself Leadership Institute, a nonprofit mindfulness group developed at Google.

Melissa Schilling, a professor of management at NYU's Stern School of Business, said Intel's program is a step in the right direction.

Corporate employees who get most of their cardio walking back and forth from their desks to conference rooms don't always have the self-motivation to step away from their work, clear their heads and allow their minds to wander. Building in time for non-work activities during the work day can spur innovation and fresh insights.

"If you keep people really, really busy, what will happen is that the scope of what they can attend to will narrow down. They'll get really focused on the next couple of days or the next few weeks or the next quota," Schilling said. "You want them to think about the forest -- you don't want them to get so caught up in the trees that they can't see the forest anymore."

Recent studies have found that fostering individual activities, like meditating on a problem alone, can help with productivity and generating more creative ideas when compared to always working in a team.

Studies have also linked mindfulness to longer attention spans, as well as reductions in anxiety and depression.

Van Driel devotes the first four weeks of her course to focusing on how to get individuals out of "automatic" mode at work -- what she described as "connecting to that sense of being as opposed to doing." The rest of the program focuses on things like relational intelligence (think: empathy, openness and compassion) and mindful listening, which teaches people how to quiet all of the noise in their heads and actually pay attention to what others are saying. The mindful listening is the most popular segment of the program, Van Driel said.

Keri Carkeek, who works with Intel's high-performance core processors for mobile devices at the Hillsboro office, said she didn't even know she had a problem with mindful listening until she went through the program.

"When you're talking to someone and then you think, 'Oh, look at that necklace she's wearing,' you're not really listening to them. You're taking in all of these things that are happening around you," Carkeek said. "So I became aware of the fact that I was doing those things. I was getting distracted and not really listening to people as intently as I could."

So far, 500 employees have passed through the formal Awake@Intel program, Van Driel said. And 1,500 employees have taken advantage of Intel's other mindfulness offerings, like day-long retreats and lunchtime sustaining sessions, which are short discussions on mindfulness topics led by a facilitator who offers guidance and leads a short meditation afterward. (Employees from any of Intel's sites can call in for these sessions, as well.)

To measure the program's effectiveness, Intel has employees fill out a self-assessment, where they rate their overall level of happiness, mental clarity, quality of relationships and feelings of stress, before and after participating in Awake@Intel. Van Driel said that the researcher who oversees this process found a consistent 2-point positive shift, with participants noting improvements in at least two of the six measurement areas.

"Being able to be present and not push away the feelings that come with vulnerability are integral to our ability to innovate," Van Driel said. "You have to be OK with those feelings of discomfort. Presence, awareness and mindfulness cultivate that capacity to hold those emotions and to be able to sit with them and not resist them."

This post is part of a series highlighting companies that aim to improve employee well-being. If you would like to recommend a company or share the story of how a workplace well-being program helped you, please email us at thirdmetric@huffingtonpost.com.

Business The Future of Work Intel Well Being Mindfulness