The auditorium was filled with cries of excitement and waving flags -- the tension was thick. High school students sat eagerly on the edge of their seats while a loudspeaker read off the names of young scientists whose research has contributed to noble causes such as potential cures for cancer or new ways to convert car exhaust into oxygen.

After five days of grueling competition, the winners of this year's Intel International Science and Engineering Fair (Intel ISEF) were announced today during an award ceremony held at the Los Angeles Convention Center.

Intel ISEF, a program affiliated with Society for Science and the Public, is the largest pre-college science competition in the world. The competition enables students in grades 9-12 to showcase their independent research in fields such as animal sciences, engineering, mathematical studies and physics.

This year brought more than 1,500 young entrepreneurs, innovators, and scientists from 65 countries, regions and territories, who all earned their spots by winning top prizes at local, regional, state or national science fairs across the world.

The top prize, the Gordon E. Moore Award, was given to Matthew Feddersen and Blake Marggraff from Lafayette, California. According to Society For Science's website, in addition to international recognition, Feddersen and Marggraff also received $75,000 for their research which helped develop a cost-efficient cancer treatment that places tin metal near a tumor before radiation therapy.

Other prizes included the Intel Foundation Young Scientist Award, Nobel Prize Ceremony Trip, Grand Awards (judged first through fourth across 17 scientific categories), and awards for the "Best Of" in each category.

"Indescribable. Absolutely incredible. I've been competing in science fairs for six years and this is my first time getting here. So getting the award and competing here is a highlight of my life."

Zaiken received a third-place grand award for discovering a mechanism that made certain cancer cells resistant to any form of treatment:

"I measured the amount of two different proteins that were produced in cancer cells after treating them with a chemotherapy drug, this allowed me to figure out that one of the signals was manipulating the other one of the signals as a method to suppress a natural cell death."

Zaiken said understanding this mechanism will give scientists an advantage in finding ways to combat cancer.

Smita Shukla, 18, from Rutland Mass., said it was her second year at ISEF and competed with a three-year project focused around a chemotherapeutic drug. Shukla said so far her research has saved the lives of three people.

"It's great because I have green color blindness and I know what kind of issues I endure. And I mean, people have much more serious genetic disorders than that, like Hemophilia or Lesch-Nyhan Syndrome, so, for me, it's great to be able to help those people out."

See highlights from the ISEF Award Ceremony below:

Help support science in schools by giving to the Discovery Science Center. 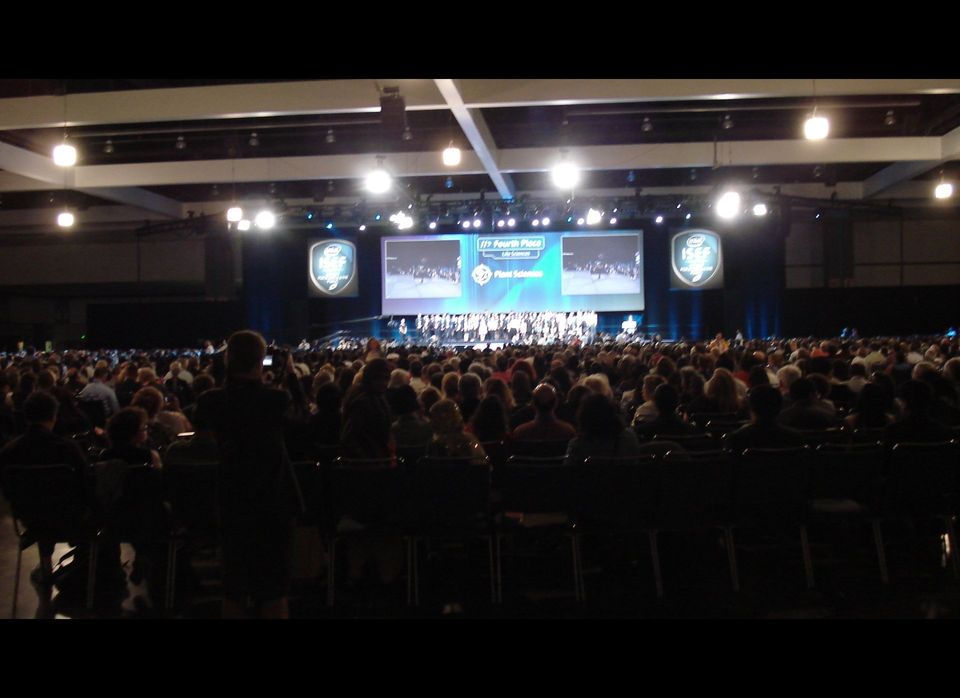