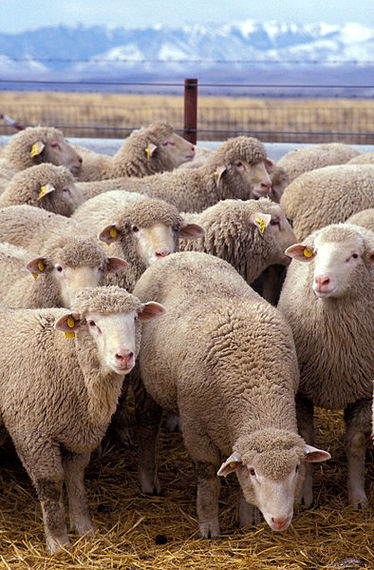 In February 2012, I wrote a Psychology Today article in which I described a 2005 study that had investigated the political affiliations of professors at American universities. Across 11 heterogeneous Californian universities, the ratio of Democrats-to-Republicans (registered political party affiliations) was 5 to 1. The ratio was also dependent on the professors' faculty and departmental affiliations. For example, the humanities had a ratio of 10 to 1, with sociology holding the most lopsided ratio at 44 to 1. A quote by the eminent economist and political philosopher Thomas Sowell is à propos here: "The next time some academics tell you how important 'diversity' is, ask how many Republicans there are in their sociology department." Incidentally, several individuals were quite dismayed that I would report these results, two examples of which I quote herewith (from the comments section of my article):

1) Joachim I. Krueger, a fellow Psychology Today blogger and professor at Brown University, wrote with poignant sarcasm and implicit disdain: "There is so much we can do. We can ask university administrators to institute affirmative action for Republicans at appointment, tenure and promotion. We can also re-educate faculty with taped Santorum lectures and encourage them to adorn their offices with portraits of famous conservatives until their IAT [a methodology for measuring implicit biases] scores are unbiased. What are your thoughts, Gad? I suspect you did not post this material without having some intriguing follow-up in store."

2) Another reader (Elmar Veerman) weighed in as follows: "The work of a professor is all about facts. The Republican Party puts beliefs before facts, so it should not surprise anyone that very few professors feel atracted [sic] to this party."

The general position, then, is that since professors are smart and educated people, they are more likely to be enlightened liberals. Academics after all deal in scientific facts rather than redneck quackery. It stands to reason then that they are more likely to be Democrats. Returning to the aforementioned 2005 study on Democrats-to-Republicans ratios across departments, it is not surprising that fields infused with ideological grandstanding (e.g., sociology) would exhibit the greatest political bent. A more recent study by Neil Gross and Ethan Fosse examined political leanings across professions. For professors, 43 percent were liberal and 9 percent were conservative. However, when strictly examining natural scientists (you know, scientific facts), 20 percent were liberal and 32 percent were conservative. Clearly then, all those physicists, chemists and biologists must be redneck Tea Party members with posters of Sarah Palin adorning their university offices.

As a Canadian, I don't have any personal vested interest in defending either American political party. However, I do care about shoddy reasoning. Any clear-thinking person should be able to engage in nuanced thinking when it comes to complex political positions. When a political party denies scientific facts, then by all means, they should be called out on their anti-science stance. As an evolutionary behavioral scientist, I recognize that Republican politicians are more likely to deny the scientific veracity of evolution. Accordingly, I am perfectly happy to critique them for this particular dogma. However, many issues that define individuals' political leanings are not cast in clear-cut scientific truths. One's position on affirmative action, the death penalty, fiscal policy, immigration, foreign policy, gay marriage, abortion rights, healthcare, the use of profiling as an anti-terror tactic, the welfare state and some environmental issues (e.g., oil exploration) are not grounded in unequivocal scientific facts. There are compelling arguments on both sides of the great majority of political issues.

University students should rightly be exposed to a plurality of viewpoints as part of their intellectual growth, rather attending the "flock of sheep association of like-minded individuals." Of all forms of diversity that should be celebrated on university campuses, none is more important than supporting, nurturing and promoting intellectual diversity. Regrettably, current pedagogic realities foster singularly conforming viewpoints via the strict monitoring of the thought police.