Stephen Hawking famously warned in 2010 that based on the history of humankind, an alien, more-advanced civilization would probably destroy us. "We only have to look at ourselves to see how intelligent life might develop into something we wouldn't want to meet," he said. Hawking expressed a similar fear of advanced artificial intelligence (AI) machines. In 2014 he pronounced, "The development of full artificial intelligence could spell the end of the human race." Taken seriously, these two statements could even imply that we should neither search for extrasolar advanced civilizations nor strive for superior AI machines.

I was contemplating these issues when I received the annual EDGE question from "intellectual impresario" John Brockman. Every year Brockman sends to about 200 thinkers a single question, and he posts all the answers on his website, edge.org. The question for 2015 was "What do you think about machines that think?" Below is the answer I gave. I strongly recommend reading all the answers, since they are quite fascinating.

Nature has already created machines that think here on Earth: humans. Similarly, nature could also create machines that think on extrasolar planets that are in the so-called "habitable zone" around their parent star (the region that allows for the existence of liquid water on a rocky planet's surface).

The most recent observations of extrasolar planets have shown that a few tenths of all the stars in our Milky Way galaxy host roughly Earth-sized planets in their habitable zones. Consequently, if life on exoplanets is not extremely uncommon, we could discover some form of extrasolar life within about 30 years. In fact, if life is ubiquitous, we could get lucky and discover life even within the next 10 years, through a combination of observations by the Transiting Exoplanet Survey Satellite (TESS, to be launched in 2017) and the James Webb Space Telescope (JWST, to be launched in 2018).

However, one may argue, primitive life forms are not machines that think. On Earth it took about 3.5 billion years from the emergence of life to the appearance of Homo sapiens. Are the extrasolar planets old enough to have developed intelligent life? In principle they definitely are. In the Milky Way about half of the Sun-like stars are older than the Sun. Therefore, if the evolution of life on Earth is not entirely atypical, the galaxy may already be teeming with places in which there are "machines" that are even more advanced than we are, perhaps by as much as a few billion years!

Can we, and should we, try to find them?

I personally believe that we almost have no freedom to make those decisions. Human curiosity (Fig. 1) has proven time and again to be an unstoppable drive, and those two endeavors will undoubtedly continue at full speed. Which one will get to its target first? To even attempt to address this question, we have to note that there is one important difference between the search for extraterrestrial intelligent civilizations and the development of AI machines. 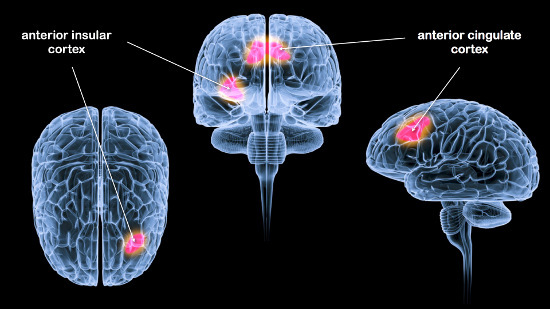 Figure 1. The regions in the human brain that "light up" when we are curious (credit: Victor Aguilar)

Progress towards the "singularity" (AI matching or surpassing humans) will almost certainly take place, since the development of advanced AI has the promise of producing (at least at some point) enormous profits. On the other hand, the search for life requires funding at a level that usually can only be provided by large national space agencies, with no immediate prospects for profits in sight. This may give an advantage to the construction of thinking machines over the search for advanced civilizations. At the same time, however, there is a strong sense within the astronomical community that finding life of some form (or at least meaningfully constraining the probability of its existence) is definitely within reach.

Which of the two potential achievements -- the discovery of extraterrestrial intelligent life or the development of human-matching thinking machines -- will constitute a bigger "revolution"?

There is no doubt that thinking machines will have an immediate impact on our lives. Such may not be the case with the discovery of extrasolar life. However, the existence of an intelligent civilization on Earth remains humanity's last bastion for being special. We live, after all, in a galaxy with billions of similar planets, and in an observable universe with hundreds of billions of similar galaxies. From a philosophical perspective, therefore, I believe that finding extrasolar intelligent life (or the demonstration that it is exceedingly rare) will rival the Copernican and Darwinian revolutions combined.