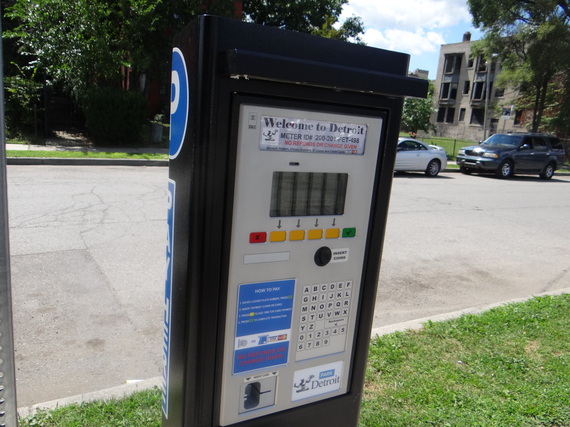 I strive to maintain a perspective that has a lens on multiple angles of Detroit's revitalization. I live, work and play here and believe that, with intentionality, decisions can be made in a way that considers the impact on the economically disadvantaged as just as much a priority as the need to attract and retain those who are not.

To that end, I like to give folks the benefit of the doubt in the space between what they say and what they do. Along with being human, there comes the realization that, no matter how well-meaning, we range between hitting the bull's eye and losing the arrow altogether. We can totally miss it. We've all been there, but these experiences are not wasted because we can learn from those errors, misses, mistakes, and faux pas. They can be a gift to us and to others because they become a part of the mental and emotional resources that we bring to bear when we encounter the same or similar situations.

But what should we conclude when the misses keep happening, when arrows consistently fly past the target as if aimed somewhere beyond it? How many misses does it take to learn? There is a saying I heard from a very wise person in the social impact sector: "People don't learn until they experience the need to know." I'm not sure if these are his words or someone else's, but they ring true. It seems that some of our city departments have yet to experience the "need to know" how their decisions and actions impact the poor and vulnerable residents of this city. This is especially troubling in a city where 41% of the population live at or below the federal poverty threshold and 60% of children in the city live in poverty.

Recently, sometime between the start and end of my workday, the new "Park Detroit" parking meters were installed on our entire block. Without warning or notification and with City Council approval, the meters were placed on a block between Cass and Woodward where there is a facility that houses an emergency shelter serving parents and their children, long-term housing for those who are poor and disabled, temporary housing for those who are working to transition from homelessness to permanent housing, and a daycare center that serves the children in the emergency shelter. Also on the block is a community mental-health organization that offers similar emergency services to those who are experiencing homelessness along with health issues and poverty. There are also three residential flats on the block, but they each have off-street parking lots.

The low-hanging fruit? Observation and consideration.
People experiencing homelessness are among the poorest in this city. Individuals and families living in emergency shelters can't afford the basics. The simple fact that roughly 15,000 residents of this city are experiencing homelessness should result in a decision not to increase the burden of poverty by adding the expense of parking. The poor should not be a part of the revenue-generating equation. I have no doubt the City's Chief Operating Officer is aware of where Detroit's agencies and facilities serving and housing the poor of this city are located. Nevertheless, at some point the decision was made to go beyond replacing existing meters to placing meters where they did not previously exist, even in front of facilities where the most poor and vulnerable live. There was not enough thoughtful consideration to ask the question: How will this decision affect the people who live there? How will it affect people living, working, and volunteering in at facility serving the poor? Instead, the decision makers chose to be intentionally unintentional.

The major misses? Conversation and communication.
In a matter of hours, the residents, visitors, and volunteers of these agencies had the added expense of parking where it did not previously exist. There was no communication, notice, or warning. I read a news article that mentioned that warning tickets would be issued for a period of time, but not knowing what period of time has been decided means risking a ticket. It would have taken minimal effort to notify the agencies on the block or "zone" -- and there may be other helping agencies having this experience -- of the intention to add paid parking along with an invitation to meet and be informed about the impact that it would have on these agencies and the people served there. Neither intentionality nor inclusivity happen without effort. Even an effort as small as an invitation to a conversation can make the difference between a hitting the target and a major miss.

The bull's eye? Intentionality and inclusivity.
There are enough examples of the long-term negative impact of unintentionality and exclusion as cities work on urban revitalization. If we are to have revitalization without gentrification -- and I believe we can -- then we can't keep missing the target. We must see inclusion as valuable and vital to the task of moving this city forward. That value -- the bull's eye -- includes all residents, regardless of economic status.

To ignore the need to see decisions from multiple available perspectives is to be intentionally unintentional. It requires valuing the perspective of all enough to set observation, consideration, conversation, and communication as a priority.