I am taking part in the DNA test from Ancestry because it is going to be super exciting just to find out my ethnicity. Is there anything I can do that would help me locate possible living relatives? Thanks for your time! --Thomas

It used to be that the only way to find long-lost relatives on our family tree was to follow the paper trail. And unless your ancestry connected to early American colonists or to European royalty, it was very difficult to find paper documents older than the last few centuries. And what about your relatives who didn't leave a paper trail? In the past, these ancestors were doomed to disappear. But not any longer. Now we can locate both ancestors you never even dreamed that you had, plus cousins of yours who are alive today--all by taking a simple and inexpensive DNA test!

Some of us were born into large nuclear families. And some of us could hold a family reunion around a kitchen table without even adding any extra leaves. But regardless of how many brothers and sisters, aunts, uncles, and first cousins you might have, your extended family--the people with whom you share recent ancestors over just the last few hundred years--is enormous, far larger than most of us realize.

This is where genetic testing is so valuable. By identifying your distant cousins who are alive today, genetic genealogy tests can dramatically lengthen your dining table--and enable you to invite to your family reunion some surprising and totally unexpected relatives. Simply by taking a test, odds are very good that you will find additional family members, especially as genetic databases grow. Here's why. 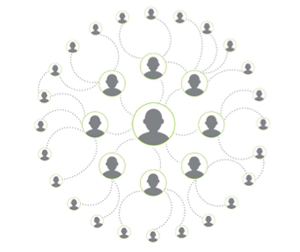 You have a lot of distant cousins

Let's start with a little, simple arithmetic. (Don't panic; it's just multiplication!) If each of the ancestors in your family tree had 2.5 children (on average), you'd have about eight first cousins and more than 110,000 seventh cousins. In other words, your seventh cousins alone could make up the entire population of Berkeley, California, or Ann Arbor, Michigan! And if your ancestors averaged four children instead, you'd have over 6 million seventh cousins--more than two Chicagos.

This is not just an astonishingly impressive statistic. Just think: if every one of the 300+ million people currently living in the United States each had their own separate, distinct, Berkeley-sized circle of relatives, you'd run out of living people! And this means, if you think about it, that we all must share living cousins--our sets of relatives have to overlap.

Of course, the 7 billion people populating the earth today are all connected through our common human origins back in Africa a long time ago, but we're linked more closely and more recently through the exponential growth of human populations over the last several centuries. 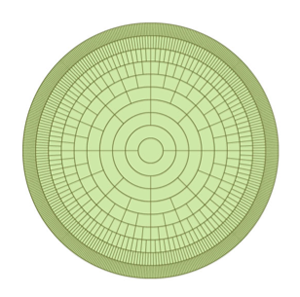 We can illustrate this with a few more numbers. The number of ancestors (or branches) on your family tree doubles with each generation. If you keep going back from your two parents, your four grandparents, and your eight great-grandparents, you'll find that just over 400 years ago or so, you have more than 100,000 ancestors. And so does the person sitting next to you on the train or bus this morning, or standing next to you in the elevator. Is your distant cousin right beside you?

Do any of your ancestors overlap with the ancestors of any of these total strangers? In other words, do you and your fellow passengers have any overlapping names on your separate family trees, which would mean that you two are related?

The answer just might be yes. That's because there are two mathematical forces at work here. As you look back in time, you have more and more ancestors, because the number is doubling each generation back in time; but the pool of ancestors you could be related to actually gets smaller and smaller, and that's because the total human population was so much smaller back then. (The world's population has been steadily growing since those people on the upper branches of your family tree were alive.)

That means the further you look back in time, the more likely it is that you and that random person on the subway or in the elevator share an actual ancestor! It's fascinating, isn't it?

As an example, fewer than 3 million people lived in the American colonies before the Revolutionary War, compared to more than 300 million today. So if you and a total stranger both had ancestors living in Colonial America, you might actually share the same person on your family trees, simply because there weren't that many people around back then. And while you're less likely to find that common ancestor so easily if your fellow commuter hails from Shanghai instead, you just have to look further back in time to find a link even with them.

With genetics, we see this interconnectedness of the human family move from a mathematical formula to reality, from statistical probabilities to the identification of actual individuals that you share in common with another person's family tree.

Genetics allows us to turn a theory into ancestry.

In addition to providing an estimate of where your ancestors once lived and when, genetic genealogy companies identify your potential relatives by looking for other test-takers who share identical stretches of DNA with you. If two people share a long stretch of DNA, it's likely because they inherited that DNA from the same ancestor; in other words, because they're related. And often, these shared ancestors lived in the last 500 years--since the time of Columbus--which in human history is a bit like yesterday.

How many relatives could you find? 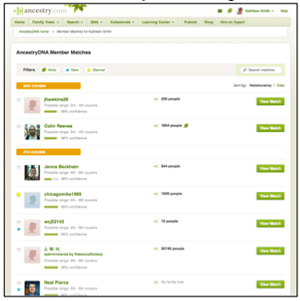 Even without a researched family tree, a DNA test can connect you with hundreds or even thousands of living relatives whose DNA was automatically matched against yours in the testing database. And the number of relatives you could find grows daily as genetic testing databases get larger.

For example, when only 100,000 people had taken an AncestryDNA test, the average test-taker found about 20 fourth cousins in this database. Now, with more than 800,000 participants, a person finds on average 150 fourth cousins. In other words, each new person who takes a DNA test could be a long-lost relative!

Even though the AncestryDNA database primarily represents people in the United States, what we know about human history tells us that other populations are just as interconnected. And to a lesser degree, this interconnectedness spans continents because of our common human origins back in Africa and the manner in which those original ancestors colonized the world.

Genetic testing has been expanding those family reunion dining tables by the day -- and some tests have led to discoveries with huge personal impact.

For example, in an earlier post, we told the story of an adoptee who found an unknown second cousin -- and eventually met his birth family. Kevin Bacon and Tina Fey were astonished to learn, as guests on Finding Your Roots, that they were distant cousins, because they share a long identical segment of DNA on chromosome 20. And though they look nothing alike, Jessica Alba and Alan Dershowitz are also distant cousins, sharing an identical segment of DNA on chromosome 7. We were also able to find the identity of Derek Jeter's third great-grandfather, who fathered a child with a female slave.

Even if we can't explain the connection through two people's family trees, long shared segments of DNA are not random; the tests reveal an ancestral connection, and that is one of the most exciting practical applications of modern genetics for those of us in search of our roots.

As all genetic testing databases continue to grow, life-changing, personal discoveries are becoming more and more common. And in aggregate, these genetic relationships -- which science only recently could prove -- will continue to reveal more mind-boggling statistics about the connections between all of us: how much human history, and how much of the human family, we all share on the branches of our own family trees.

Do you have a mystery in your own family tree? Or have you wondered what family history discoveries you could make with a DNA test? Send Henry Louis Gates Jr. and his team of Ancestry experts your question at ask@ancestry.com.