Interfaith leaders have joined forces to protest the militarization of the U.S.-Mexico border this week ― many putting their bodies on the line to support migrants’ right to seek asylum.

America’s southern border has been the site of many faith-based rallies against President Donald Trump’s immigration policies over the past few months. However, the size and religious diversity of Monday’s demonstration set it apart from previous protests.

And it was only the beginning of a week of immigration activism around the country.

More than 300 people, including imams, rabbis, nuns, pastors, Quakers, and indigenous faith leaders, marched to a beach near Friendship Park, a federally owned site where separated families have gathered for years to speak through a metal mesh fence that divides San Diego and Tijuana. In recent months, Border Patrol agents have placed more restrictions on access to the park.

American Friends Service Committee, a Quaker social justice organization,  organized the “Love Knows No Borders” campaign to raise awareness about the militarization of the border.

Laura Boyce, a leader with the American Friends Service Committee, said Quakers’ religious beliefs compel them to stand with migrants.

“As a Quaker, I believe there is that of the divine in all of us,” Boyce said in a statement. “This belief calls us to stand with those fleeing violence and poverty, and to call on our government to uphold the human rights of migrants and end the militarization of border communities.”

“In the face of unfounded fear, racism and violence, courageous action is necessary,” she said.

On Monday, the protesters sang hymns and prayed out loud as they approached the border fence to perform a ceremonial blessing, with a group of about 100 who were willing to risk arrest forming the vanguard.

Thirty-two people were arrested during the protest, a Border Patrol spokesman told The Associated Press ― most on suspicion of trespassing on what the agency calls an “enforcement zone.”

Christian leaders included Bishop Minerva G. Carcaño of the United Methodist Church, the country’s second-largest Protestant denomination, as well as clergy from other mainline denominations and Catholic religious orders, like the Sisters of Mercy.

“Showing up to welcome and bless children, mothers and fathers seeking asylum from very difficult and dehumanizing circumstances is the right and humane thing to do,” Carcaño said in a statement. “How we act in these moments determines who we will become as a nation.”

Jewish supporters included The Hebrew Immigrant Aid Society, a Maryland-based nonprofit that has been recently been targeted by far-right extremists for its efforts to resettle refugees.

Progressive activist groups, such as Faith in Public Life and the Rev. William Barber’s Poor People’s Campaign, were also present.

The protesters were seeking an end to the deportation and detainment of migrants. They called on Congress to defund Immigration and Customs Enforcement and Customs and Border Protection.

Faith leaders were also there to show support for migrant caravans of thousands of Central Americans, many of whom are now camped out at a concert hall in Tijuana while their asylum claims work through the U.S.’s applications backlog.

Hussam Ayloush, executive director of CAIR’s Los Angeles chapter, was one of the first leaders arrested on Monday. He told HuffPost that the experience reminded him of a saying from the Prophet Muhammad: “None of you is a true person of faith until you love for your brethren what you love for yourself.”

“My faith in God is the most important part of my life,” Ayloush wrote in an email. “And it was my faith, love and passion for dignity, respect of human rights for all people, including our brothers and sisters from Central America seeking asylum and refuge, that led me to protest and get detained in order to help raise awareness about this injustice.”

Monday’s protest launched a week of action that ends on International Migrants’ Day on Dec. 18. AFSC said that over 60 events are planned around the country in conjunction with the “Love Knows No Borders” campaign ― candlelit vigils, marches, worship services and panel discussions.

Lucy Duncan, a Quaker who was arrested during Monday’s action, told HuffPost that she came to the border to “assert the humanity of those seeking sanctuary and refuge.”

“We are calling on the U.S. government to fund just communities, rather than policies that oppress,” Duncan said.

This article has been updated with a comment from Hussam Ayloush. 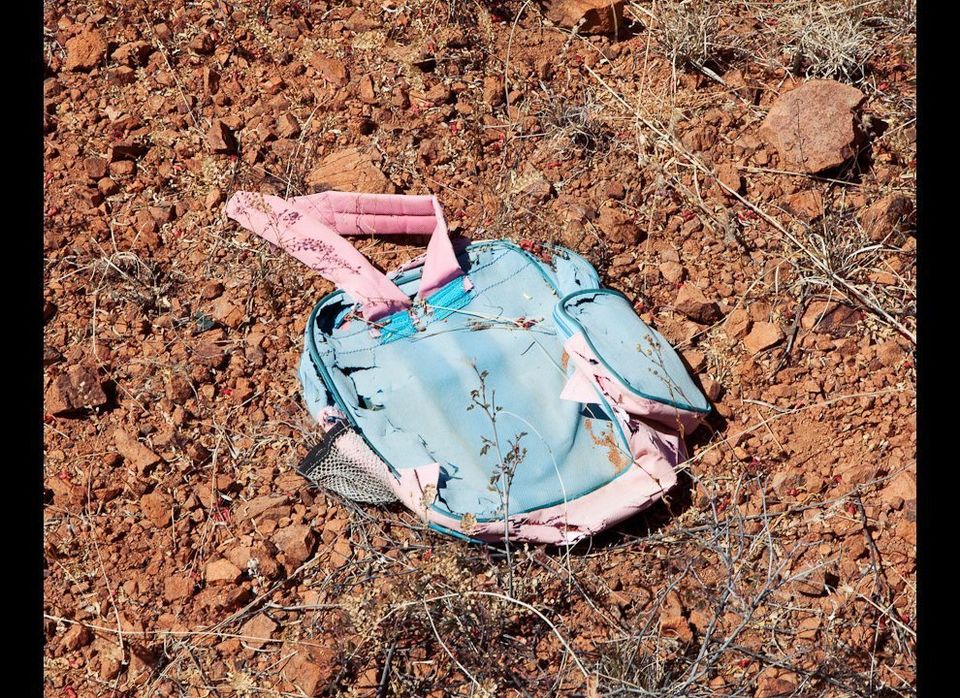