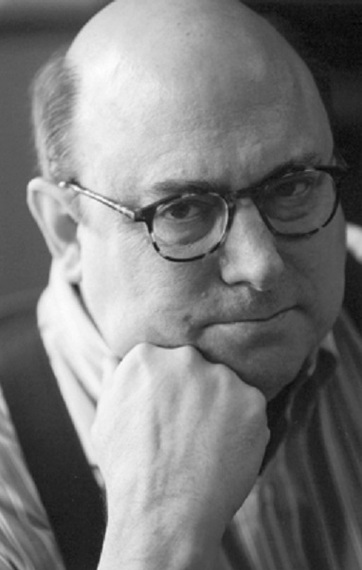 Peter Straub needs no lengthy introduction. As a novelist and poet, he has received many literary honors including the Bram Stoker Award, the World Fantasy Award, and the International Horror Guild Award. In 1965, he earned a B.A with honors in English from the University of Wisconsin at Madison; and one year later, an MA from Columbia University. In 1969, he moved to Dublin, Ireland to work on a Ph.D and began writing professionally. Peter collaborated with Stephen King on two novels, The Talisman and Black House.

I understand something traumatic happened to you when you were seven years old. Tell us about it, and how it affected you and ultimately, your writing.
I was crossing a street near my house while I was coming home from school. I neglected to look to my left; the next thing I saw was the grill of a car racing toward me. I realized it was way too close and I would never get out of the way in time. An unearthly terror seized me. It was unlike any sensation I'd ever had. It was almost an out-of-body experience. Time was altered so that the car seemed to advance slowly toward me in a series of frames--closer and closer. Then, I experienced a merciful blank.

I was severely injured. I think I died for a while out there on the street. After the accident, came a year of absolute misery, anger, and real unceasing terror. I was totally unprepared to deal with an event of such emotional magnitude.

I underwent a long-term recovery in the hospital. I formed a certain stance toward authority in order to negotiate this awful journey of deprivation and pain. And, I had to deal with adult hospital personnel who couldn't understand my emotional trauma. My bones were set poorly, and I developed an abscess. Nobody believed there was a problem, but I felt intolerable pain. Finally, my leg had to be re-broken. Imagine having to tell a seven-year old, 'We're sorry, Peter, it didn't go well and we're going to have to break your leg again.'

It was a long and wretched experience that darkened me forever. It gave me problems I'd have been much happier not to have had.

A year later, when I could walk in an almost-normal fashion, I rejoined my class after having missed a year of school. I tried to fit right back into the stream of things and did my best to impersonate a normal child.

In essence, I don't think I was a child anymore. Kids my age struck me as baffling; they were incapable of talking about anything serious.

My natural inclination toward reading was intensified by the long period of time when I couldn't do much else. In fact, reading was a golden escape from pain and travail. I was mad about books, and frustrated because I couldn't talk about them with other eight year olds. I didn't realize my impersonation of a normal eight year old was flawed. Report cards said, among other things, 'Peter is talking to himself a little less this year.' (Laughter). Everyone was telling me to shut up. Actually, I was trying to seal off the space in my mind that kept me so scared.

I had no idea how frightened I had become of nearly everything. Death had come for me--out of the blue. As far as I knew, it could happen again at any time. I was too young to emotionally handle these traumatic circumstances and their aftermath.

The fear never dissipated; it merely became submerged. My impersonation of normality became more accurate, and during adolescence, my anger and disdain seemed normal.

When I became an adult, I wanted to make a living writing because I loved books and narrative. I loved the idea of telling stories, and writing fiction was all I ever wanted to do.

At that time, The Exorcist and Rosemary's Baby were hugely popular. I thought I'd give that genre a crack. It felt right--immediately. I felt at home, yet didn't really know why. Of course, I later realized I was dealing with the material of fear. I was channeling it into my writing. I was all too familiar with fear and understood it so well. I could describe it and could induce it in readers. As is often the case in life, paradoxically, the worst thing that ever happened to me turned out to be the best thing that ever happened to me.

So your own frightening narrative eventually became part of your oeuvre.
Yes. The realization only began to crystalize when I was in my forties. Once I got it, I understood that this horrible event I had been told to forget or minimize was actually a central part of my life.

That realization inspired my writing and I think my work went up a notch.

Speaking of your work 'going up a notch' your writing is often lyrical. Some would even call it 'literary.' How do you feel about your books being classified as horror novels?
That's a very complex issue for me. It's occupied more space in my thinking than I should admit. Even when I was happily writing novels intended to scare people, I knew they'd be labelled horror, but I wanted to write books that were as good as they could possibly be. I didn't want my novels to be limited by the conventions or expectations of any specific genre. If I didn't write well, I would have felt I had done a disservice to my gift.

As my work evolved and went beyond the definition of a specific genre, I thought it would be agreeable to have readers say, 'This isn't just a mystery, horror, or crime novel. This is actually a novel. It has those other elements in it, but it's a satisfying work of fiction.'

That was my conscious goal, and as it turned out, readers stayed with me. They were moved by these books. I was very, very pleased.

You know, you never really write the book you thought you were going to write. There's always a more perfect version of it somewhere in the world. I'm still pleased with the books I wrote in the 80s and 90s because I think they were fresh.

I've felt for a long time now, really well-written novels, no matter the genre, are worthy of being called art or literature. Take for example, science fiction, a genre which has mutated beyond recognition. If the book is well-written, it becomes a more serious read, one that is not only enjoyable, but is also a profound way of exploring the relationship between the narrative and life.

My favorite story in Interior Darkness is "Mr. Clubb and Mr. Cuff." Tell us a bit about it.
It started when I reread Melville's Bartleby the Scrivener. I was stunned by it. It was a work of genius. Part of what was so stunning was that it was enigmatic. It had depth within depth, a quality I love that there's more to understand than what first meets the eye. Rereading it made me feel I wanted to work with that kind of material and see what would happen. After reading Melville's story, Otto Penzler invited me to contribute to an anthology about revenge. I realized I could write a Bartleby kind of story having to do with revenge. When I decided to do that, it all fell into place. The story instantly expressed itself in a style I love: it's slightly parodic, but also incorporates affection along with Nineteenth Century diction; and allowed me to make points about the character without being explicit.

After I'd written a couple of pages, I realized I could end the story in the same voice with which I'd begun it, and have transformative things happen in the middle of the story. I didn't realize Mr. Clubb and Mr. Cuff would be like a vaudeville team. ( Laughter). In a way, the story wrote itself. When Mr. Clubb and Mr. Cuff had something to say, the words just came out. I just wrote it down. That's the way it felt.

How do you decide an idea is best for a short story as opposed to being the core of a novel?
I always felt I was emotionally wired to be a novelist. I wanted to write long-form fiction, spending between six months and three years on a single piece. I love interior complexity, which works best in novels. After three or four novels I tried writing a short story.

I took a year off from writing after Stephen King and I wrote The Talisman. After that hiatus, I felt I'd grown rusty, like a musician who could only play an octave on a musical scale. I decided to work on the short story, Blue Rose. I wanted it to be a lead-up to the novel Koko. I thought it would help me hone my writing skills by opening up the avenues in my brain that had been dormant. I loved writing that story.

Unlike with a novel, I'm quite clear about where I'm going when I begin writing a short story. There's less movement; it's more manageable; and I won't have to work on it so long. There's also a limit to the number and kind of chances I'll take as compared to a longer work.

With short stories, I can do whatever I like. There were times when I wanted to write short stories but felt I couldn't afford to take the time. I had to earn a living and meet the costs of everyday life. I had bills to pay. They were paid by writing novels.

What question are you asked in interviews more often than any other?
(Laughter). The question I'm asked most often is, 'What is it like to work with Stephen King?'

You're hosting a dinner party and can invite any five guests, living or dead, from any walk of life. Who would they be?
Let me think. I'd like to include Hart Crane and Jack Kerouac. So long as they don't get drunk, they'd be wonderfully interesting. I'd also invite the English psychiatrist, Christopher Bollas. He'd add some rich insights to the conversation. I'd love to have Marilyn Robinson there. She's one of the most brilliant writers currently breathing. I'm just stunned by her talent. For precision and good manners and to lend some wit to the gathering, I'd invite Marianne Moore, the poet. She and Kerouac might hate each other, but that could make for some fiery conversation.

What's coming next from Peter Straub?
There may be a third collaboration with Stephen King. We have the germ of a story firmly in place. All we need is time during which we're both free. Then there's a book I've been working on for a long time. It's tentatively called Hello Jack.

Congratulations on the publication of Interior Darkness, an engrossing collection of stories taking the reader into an interior world of darkness mixed with comic relief and written with haunting literary beauty.