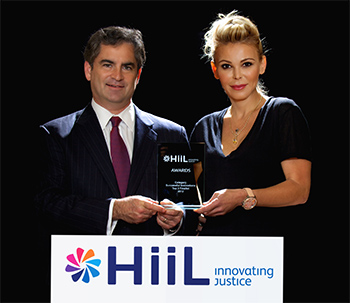 I'm a refugee of a nightmare which resulted in the genocide of my people. In my life, I've experienced the horrors that happen when war criminals take control. And so I've dedicated my life to advance the causes of human rights, especially the promotion of justice.

Ten years ago, international criminal law took a big leap forward with the establishment of the International Criminal Court (ICC). This is the first time that a group of countries has vested an international court with continuous (albeit limited) jurisdiction over the most heinous of war crimes.

In a real sense, the ICC was born out of the successes shown by the ad hoc international criminal courts set up by the UN to deal with mass atrocities in particular regions. The International Criminal Tribunal for the former Yugoslavia (ICTY) prosecuted war criminals from my former country. The ICTY arrested and tried the worst of the worst: torturers, mass rapists, child killers and people responsible for genocide. By removing impunity for those responsible for evil, the ICTY has been dispensing justice.

Similarly, the International Criminal Tribunal for Rwanda, the Special Court for Sierra Leone and the Extraordinary Chambers in the Courts of Cambodia have been vitally important for the regions they cover. But all these ad hoc tribunals have an advantage over the ICC. Their work focuses on a particular region during a particular conflict. The specific time, place and culture makes it easier to arrest suspects, adjudicate their cases and communicate with the affected populations. With its much larger scope -- and its very real limitations in jurisdiction -- the ICC faces huge challenges in doing the same.

Two years ago, I launched The Human Rights & International Criminal Law Online Forum. The Forum is a partnership between the the Office of the Prosecutor (OTP) of the International Criminal Court (ICC) and the Sanela Diana Jenkins Human Rights Project at UCLA School of Law. We created a platform that allows the ICC OTP to pose difficult legal questions that it faces to the world community, and we opened the discussion to the world; anyone can post comments and express their opinions on these legal issues to the ICC OTP. We are independent of any government agency and are not influenced by local politics -- and we have staying power. The impact of public participation on the legal opinions of this court is unprecedented.

A few months ago, our work was acknowledged by HiiL, a research and advisory institute for the justice sector based in The Hague -- and they nominated our Forum for the prestigious Innovating Justice Award as a "Successful Innovation." In the world of international justice, these awards are a big deal. There were 38 organizations and projects nominated for the award. These are all people who are working hard to make our world a more just place. And these projects hailed from all over the world: from Kenya, to India, to Peru, and Europe. Good ideas cover the globe -- proof of the urge for justice felt by people all over the world.

The first phase of the award selection was a popular vote. In two suspenseful weeks, 15,447 people from all over the world voted for our Forum as the most important justice innovation in 2012 -- and we won the popular vote! My heart soared when I learned that many of the people voting for us came from Bosnia. Bosnians are people for whom international criminal justice is personal. They see the ICC as a beacon of hope -- an institution founded by the world to try to fight the impunity of war criminals. Winning the popular vote got us into the top six.

On November 2, a jury in The Hague announced the top three finalists at the "Innovating Justice Forum 2012" event. The stated criteria were the uniqueness of the innovation, the potential impact, and the sustainability of the project. The Human Rights & International Criminal Law Online Forum is the only place that allows everyone to have access to ear of the ICC OTP. And it allows the ICC OTP to highlight the complexity of some of the legal issues they face. Of all the projects, it was the only one with international scope. So it's with great pleasure and pride that I'm sharing the news that we were chosen as one of the three top innovators in the field of justice and human rights!

There were two other projects that shared the honor: a project from Peru which organized judges to volunteer and provide legal education in their local communities, and a project from Mexico which helped shape a pretrial diversion system that's being adopted by the government. Both those projects are very worthy and have the potential to positively impact the communities they serve. I'm happy for the Peru project as it was awarded the top honor in the "Successful Innovation" category.

What the Innovating Justice Awards did was shine a strong spotlight on projects around the world that are working tirelessly to promote justice and human rights. It is not enough to build a worthy project; the world has to know of its existence. The ceremony at The Hague told the world stories of success. Awards and recognition can help governments, institutions and people of the world take notice, get involved, participate and demand and command justice. Without justice, human rights is just a dream.