"The Japanese government is cracking down on those who oppose their war on dolphins." -- Ric O'Barry, Founder/Director, Dolphin Project

For more than one week, my husband, Ric O'Barry, has been incarcerated in a Japanese detention center, after immigration officials refused to allow him entry into the country. The day started off normal enough, and when he was pulled aside for a "routine" interrogation, he wasn't overly concerned. Since the release of The Cove, the 2009 Oscar award-winning documentary that exposed the brutal dolphin drives in Taiji, Japan, he has been questioned longer, more aggressively, and often for hours at a time. But nothing like what would transpire that day.

I am deeply concerned for him, and every day, am contacted by people from all over the world who want to know how he is, and when he will be released. They are shocked at how he has been treated. Why, they ask, when it's a well-known fact that O'Barry has been traveling to Japan for years, and has many friends there. It is a country he loves dearly, always speaking about Japan with tremendous respect for its people. And, while wearing his activist "hat," he always operated fully within Japanese law, making it absolutely clear that his only problem with Japan is the horrendous killing of whales and dolphins that goes on there.

So what's different this time? Are certain people in Japan so desperate to silence him, they are willing to treat him like a criminal, despite the fact that his work methods have been 100 percent peaceful? Is it because he has been so successful at bringing worldwide attention to the cruelty against marine mammals that takes place every year at "the cove," in Taiji, Japan? 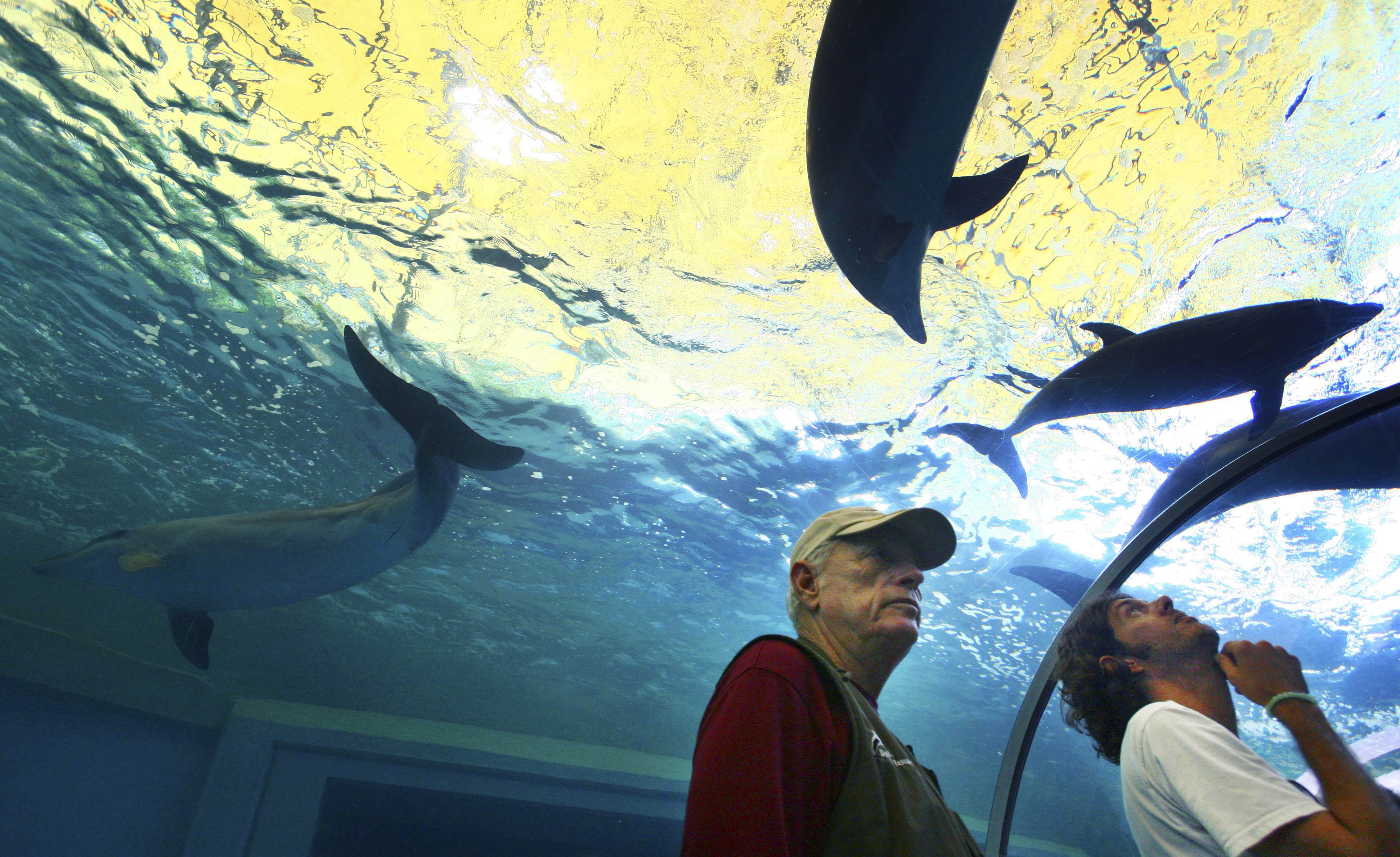 For those just learning about this issue for the first time, the dolphin hunters of Taiji do all they can to hide the dolphin slaughter from the Japanese people, as well as the rest of the world. They carry out their gruesome activities behind blue tarps, barricades, barbed wire and metal gates in order to prevent anyone from witnessing the dolphin blood bath. One of them, when asked if he thought the Japanese people had a right to know about the slaughter, responded, "It is none of their business."

But it is their business. It is their country, too, and they are entitled to know that hundreds of dolphins are hunted down, killed and butchered in the most brutal way imaginable each year in Japan. This year's drive quota is set at 1873 animals. They also deserve to know that this is how aquariums in Japan and some other countries obtain dolphins for their profitable dolphin shows and captive dolphin swim programs.

During the hunts themselves, many dolphins die from injuries, with many animals being observed bleeding, and sinking underneath the surface, never to reappear. Dolphin trainers, in the water to select the best looking dolphins for their clients, do nothing to assist the injured or dying.

"The authorities can use their power to prevent O'Barry and other dolphin protectors from entering Japan, but they cannot take away our freedom of expression."

At the time of this writing, my husband continues to be locked up in a detention center. He has been harassed, handcuffed and repeatedly interrogated -- all potentially for just speaking his mind about the slaughter and for insisting that the Japanese people be allowed to know about it. Since 2003, O'Barry, driven by empathy and determination, has been bringing attention to the dolphin massacre, a practice so cruel, it continues to be surrounded by secrecy and denial. And I believe this is why Japanese authorities are so committed to putting duct tape over his mouth and deporting him.

But make no mistake: Despite long and repeated interrogations, he will not be intimidated into confessing to having broken Japanese laws, because he is guilty of no crime. If O'Barry is deported from Japan, it will likely happen because of a deep-running fear of what might result if more Japanese people learn about the goings-on in Taiji. Fear of truth is a powerful motivator for Japan, it would seem. But the truth cannot be suppressed forever. He will never give up. The authorities can use their power to prevent O'Barry and other dolphin protectors from entering Japan, but they cannot take away our freedom of expression. That power they do not have.

My concern now is for my husband's safety and well-being, as it is understood he is being held in a facility housing dangerous criminals. Japan would be well-advised to pay attention to the world: Our voices, instead of being hushed, are becoming louder.

You can sign the petition urging the Japanese government to release Ric O'Barry from custody here.