March is Women's History Month, a month filled with conferences, broadcasts and speeches remembering women who paved the way for the rest of us. It's also a time to discuss ways that we can make the world better for the next generation of women.

In honor of Women's History Month, we are asking you, our readers, to honor the women in your lives whose impact normally goes unsung. If there's a woman who changed your life and you've never told her, or never told anyone else, now's your chance.

She could be the aunt who rescued you from a bad situation and never told a soul, the high school teacher who convinced you that you were more than your age and your angst or the friend whose grace as she was going through hell taught you what real strength looks like. She could be the mother whose mistakes you won't make. She could be the stranger who you witnessed commit an act of such incomprehensible compassion that you've never been the same.

Whoever she is, we hope you'll submit a photo of her and a few paragraphs about her to women@huffingtonpost.com, and we'll feature her in the slideshow below. We would love to include the greatest possible diversity of women, so please spread the word to your networks and encourage your friends to contribute.

SLIDESHOW: Women Who Changed Us

PHOTO GALLERY
Her Story: Tributes To The Women In Our Lives
Margaret Wheeler Johnson
Senior Lifestyle Editor
Suggest a correction

International Women's Day: Tell Us About The Woman Who Changed Your Life
Her Story: Tributes To The Women In Our Lives 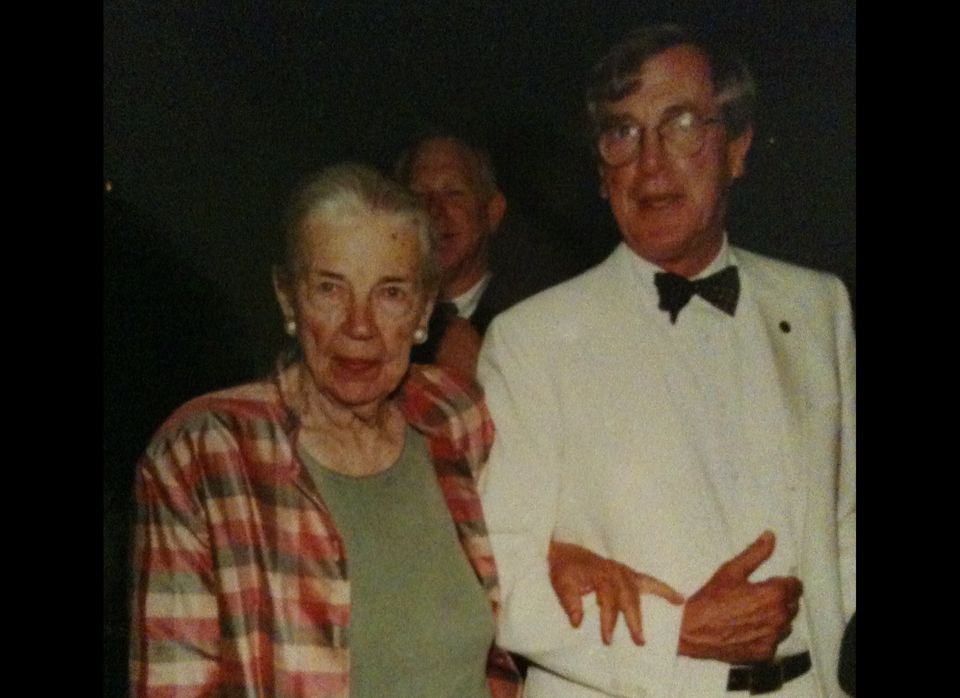 1 / 39
Frances Jackowicz Johnson (Gigi), 1911-2001
If I can attribute to one person my long-held desire to go straight to being a dowager, bypassing all of the messy stuff that precedes it, the credit belongs to Frances Jackowicz Johnson, whom I knew as Gigi. My grandmother was born to Eastern European immigrants in Beaumont, Texas in 1911. Her father owned a small ice plant. She became a housewife in the 30s, like all of her friends, but there were signs that she a little out of the ordinary. She insisted on taking my father to spend a year in Mexico when he was 14 and Europe when he was 18. Also, she liked modern art, especially somebody named Rothko. She had a business degree from the University of Texas. When my grandfather died in 1975, he left Gigi very little, but she put that degree to work and was able to support herself in moderately fabulous fashion for the rest of her life. By the time I came along, her life involved a lot of hours on a tufted sofa in a very loud dressing gown "elevating her legs." She had an apartment, not a house. She had taken herself to India and a few more times to Mexico. She drank tea all day long and read the <em>New Yorker</em> and every newspaper she could and explained to me where she had gotten this ottoman and that little jade box. She insisted on taking me to museums, and at home she always kept chocolates and cheap champagne (she was, after all, a child of the depression) on hand should company happen to drop by. As young as 10 or 11, I realized that Gigi had so clearly discovered the secret to happiness: Have your own money. Travel as much as you can. Treat books as a feast. Know that it is never not time for champagne; that there is nothing wrong with loving material things as long as each thing has a story; and that you are your own best company. <strong>-Margaret Wheeler Johnson, Women's Editor</strong>